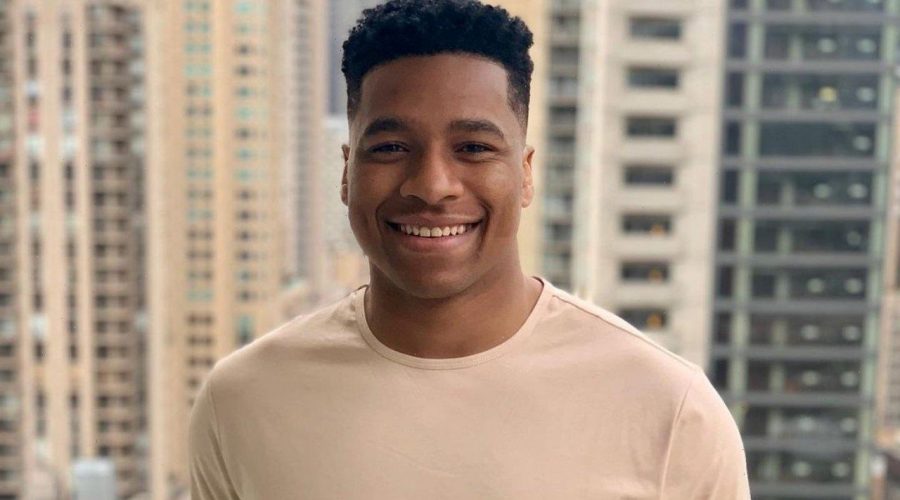 In a new interview, the 26-year-old pro football admits that he’s ‘definitely disappointed and embarrassed about that,’ insisting that it’s ‘1,000 percent not who I am today.’

“I’m really sorry that people had to see that side of me,” the 26-year-old pro football told Entertainment Tonight. “Obviously, you don’t want to hide that. That’s a part of my life and I own it, but that’s nowhere near the person I am today,” he said. “I obviously show that every single day in how I speak. If my mom would’ve saw those tweets, she would’ve whooped my a** for sure.”

Andrew went on to admitt that he’s “definitely disappointed and embarrassed about that.” He insisted, “That is 1,000 percent not who I am today.”

Prior to this, Reddit users revealed a series of tweets on Andrew’s account which were written between 2011 and 2014. The tweets allegedly contained misogynistic, fatphobic and racially insensitive material that included a tweet in which he referred to women as “fat h**s.”

Katie even shared that she wasn’t surprised to the fans’ reaction. “It was no surprise that once he did get sent home, that Twitter and Bachelor Nation blew up rooting for him to become the next ‘Bachelor’, ” she said on the “Off The Vine” podcast. “I don’t know who the next ‘Bachelor’ is yet. I don’t think the show knows. He does have my vote. I am rooting for him for sure.”

“But I think it’s just such a huge statement for him to be like, ‘I will give up my dream [of football] to pursue my other dream, which is starting a family, settling down, finding my wife,’ ” she added.