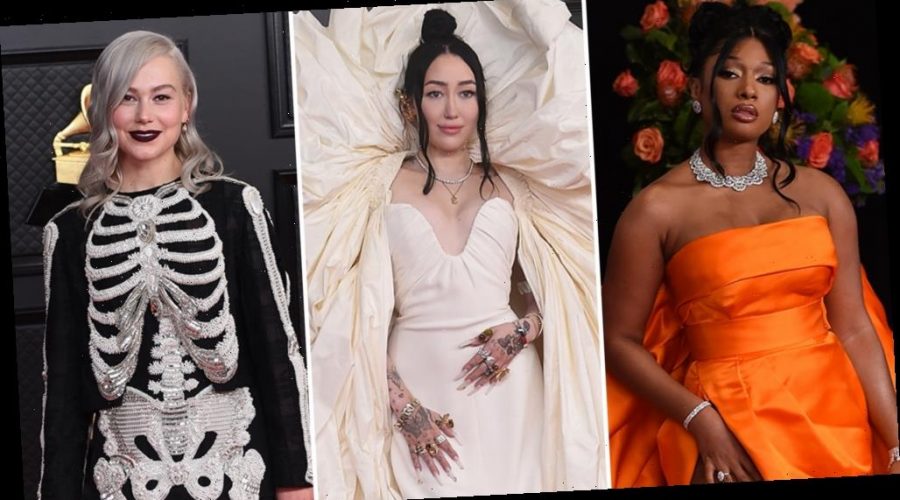 The 2021 Grammy Awards kicked things off Sunday with early awards being handed out and a hybrid red carpet now underway live at Staples Center in Los Angeles.

It all comes ahead of the primetime Grammy Awards show tonight at 5 p.m. PT/8 p.m. ET on CBS, with Trevor Noah hosting.

Among those that attended the red carpet were Megan Thee Stallion, already a winner in the Premiere ceremony, wearing a stunning orange Dolce & Gabbana dress with Chopard jewels, Noah Cyrus in a huge white Schiaparelli Couture gown, and Phoebe Bridgers ramping up her skeleton look via a Tom Brown dress.

Others who notably took to the carpet included Doja Cat, H.E.R., DaBaby and Maren Morris among others. Many of them are gearing up to perform on the 3 1/2-hour telecast.

Click on the photo above to check out the gallery and keep checking back as its updated.

15/03/2021 Celebrities Comments Off on The Grammy Awards Red Carpet, From Stallion To Skeleton – Photo Gallery
Lifestyle