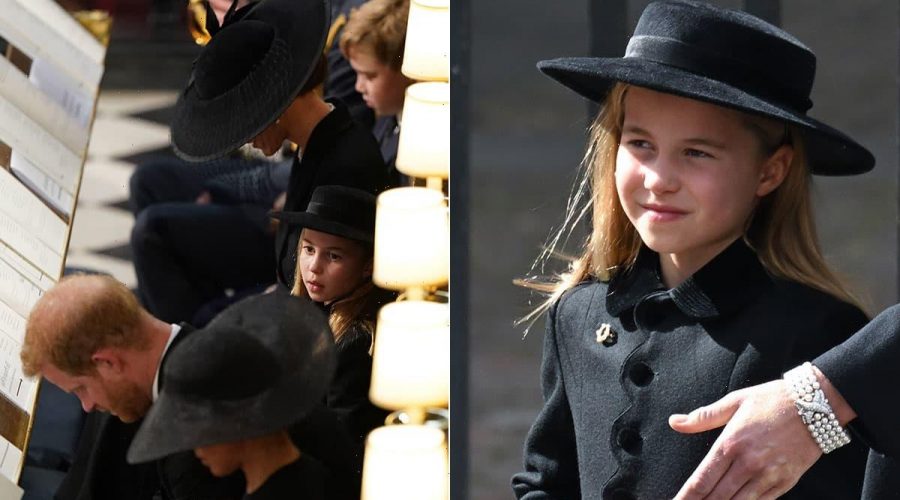 The Prince and Princess of Wales will no doubt be proud how their two eldest children, Prince George and Princess Charlotte, conducted themselves during the Queen’s funeral on Monday.

MORE: Prince Harry and Meghan put united front with the royal family at the Queen’s funeral

Although the world’s eyes were on the royal family, royal watchers were delighted to see Charlotte, seven, share a sweet moment with her uncle, Prince Harry.

Princess Charlotte was sat between the Duke of Sussex and her mother, Kate, on the front bench on one side of St George’s Chapel for the committal service in Windsor. Next to Princess Kate was Prince George, followed by his father William.

Keen observers noticed that Prince Harry and Charlotte shared a heartwarming moment during the service. When Princess Charlotte was seen adjusting her hat before looking over at her uncle, Harry briefly looked up and caught her eye and smiled at his niece.

Charlotte and her brother, Prince George, nine, remained impeccably behaved through a long and solemn day as they bid farewell to their beloved “Gan Gan”.

The royal siblings, great-grandchildren of the Queen, were among 2,000 guests at her state funeral and were the youngest members of the royal family to follow the Queen’s coffin through Westminster Abbey. 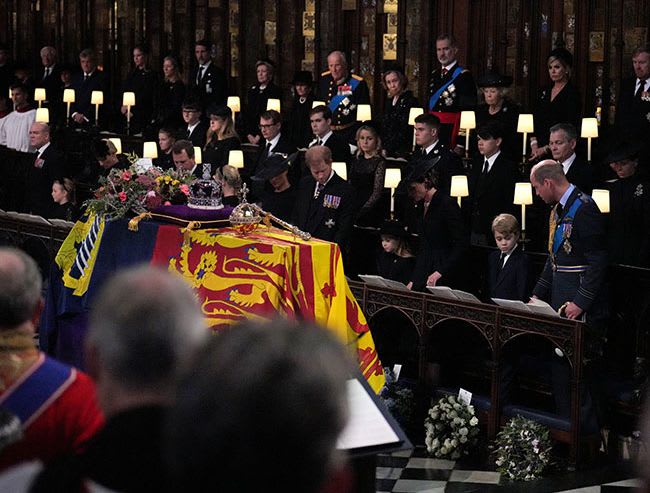 Prince Harry seen looking down at his niece Charlotte

As the young royals followed their great-grandmother’s coffin, flanked by their parents, Charlotte held her hands clasped in front of her, while George had his arms by his side.

At the committal service in Windsor, TV cameras gave only a few glances of the siblings, who remained well-behaved despite their young age.

Charlotte was seen exchanging a few words with the Dean of Windsor as the family left the chapel and was ushered to a waiting car. Her younger brother, Prince Louis, was not in attendance.

Make sure you never miss a ROYAL story! Sign up to our newsletter to get all of our celebrity and royal news delivered directly to your inbox.