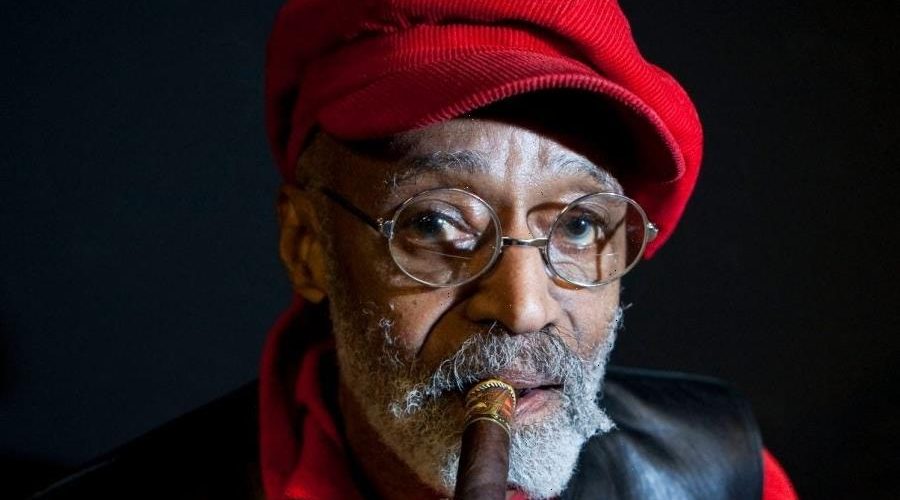 On September 21, Melvin Van Peeples, regarded as the “Godfather of Black Cinema” passed away at his home in Manhattan at the age of 89.

The father of actor and director Mario Van Peeples had a career in the arts that spanned more than 60 years. The playwright, actor, filmmaker, novelist and composer made his first short film, Pickup Men for Herrick, in 1957; his latest work was an acting role in 2018’s Armed. Between those years, Van Peeples, who became known for the 1971 Blaxploitation film, Sweet Sweetback’s Baadasssss Song, which he wrote, co-produced, scored, edited, directed, and starred in, was the talent in and behind the scenes of a number of notable projects across screens and stages.

“In an unparalleled career distinguished by relentless innovation, boundless curiosity and spiritual empathy, Melvin Van Peebles made an indelible mark on the international cultural landscape through his films, novels, plays and music,” the statement read. “His work continues to be essential and is being celebrated at the New York Film Festival this weekend with a 50th anniversary screening of his landmark film Sweet Sweetback’s Baadasssss Song; a Criterion Collection box set, Melvin Van Peebles: Essential Films, next week; and a revival of his play Ain’t Supposed to Die a Natural Death, slated for a return to Broadway next year.”

As we mark the death of this pioneer in film, we take a look back and his life and legacy in photos.