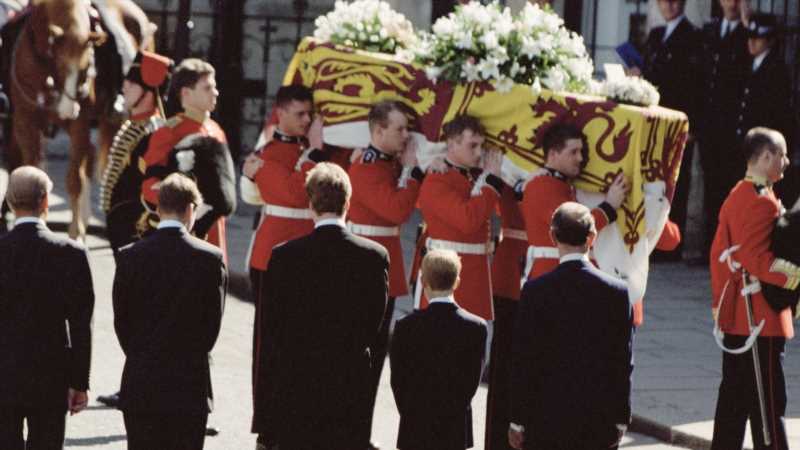 Ahead the funeral proceedings for Prince Philip – which will be held at St. George’s Chapel in Windsor on April 17, 2021 – it has been revealed that he will be buried in a lead-lined coffin, just as several other members of the royal family before him.

On April 13, the Daily Mail reported that more than 30 years prior to his death, Prince Philip and his wife Queen Elizabeth made the decision that they would be buried in matching lead-lined English oak coffins as they were laid to rest. But why is the family so keen on that specific type of coffin? Well, simply put, the lead helps keep moisture out, which allows for a longer preservation of the body.

As the outlet explained, it is typical for members of the British royal family to be laid to rest in this type of coffin; decades ago, it was noted that the coffin holding the body of Princess Diana was so thick with lead that it actually weighed “a quarter of a tonne,” which is actually a good bit larger than the United States’ version of a ton.

Lead-lined coffins are better for the environment

According to a report from Metro UK, lead coffins can preserve one’s body for up to an entire year, not only because they are lined with lead, but also due to the fact that they can be sealed airtight, which is said to slow the decomposition of the body. The outlet went on to note that the lead lining helps to seal the coffin and ensures that the smell, or the toxins, of the dead body are unable to escape from the enclosure, which could cause harm to the environment.

After the funeral, Prince Philip’s body will be stored in the Royal Vault until the passing of Queen Elizabeth. At that point, both of their bodies will be taken to the memorial chapel in Frogmore Gardens, where they will remain.

As for the service, it’s reported due to the ongoing coronavirus pandemic, the attendance is limited to a maximum of 30 people.