For those of a certain age, Rugrats was one of the cartoons which defined our childhoods, and for its upcoming reboot, there has been a really important change to one of the characters. Unruly twins Phil and Lil’s mother, Betty DeVille, has been rewritten as openly gay in the new episodes.

Dead to Me actress Natalie Morales is taking over the role from Kath Soucie, who was the original voice of Betty, and said the character is now a really good example for young queer people who may not have any other characters like her on television to look up to. 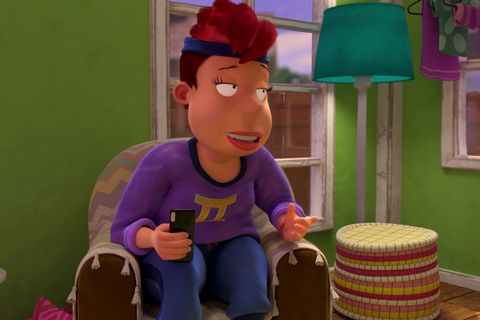 “Anyone who watched the original show may have had an inkling Betty was a member of the alphabet mafia,” Morales said in a statement.

“Betty is a single mom with her own business who has twins and still has time to hang out with her friends and her community, and I think it’s just so great because examples of living your life happily and healthily as an out queer person is just such a beacon for young queer people who may not have examples of that.”

“And yeah, Betty is a fictional cartoon, but even cartoons were hugely influential for me as a kid and if I’d been watching Rugrats and seen Betty casually talking about her ex-girlfriend, I think at least a part of me would have felt like things might be okay in the future.”