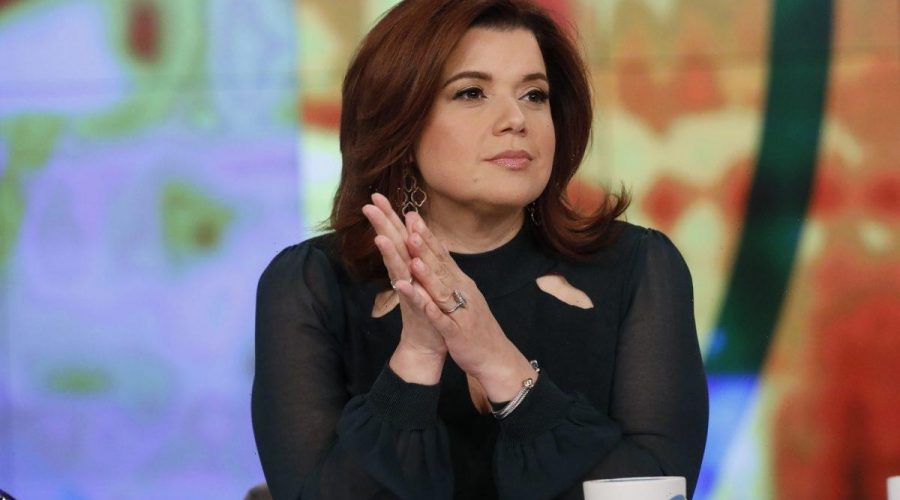 Ana Navarro was a guest co-host on The View Friday, September 24. The ABC talk show had booked sitting Vice President Kamala Harris for an interview but things got awkward during the live broadcast. After a commercial break, producers told Navarro and Sunny Hostin to exit the show’s set. After another break, it was revealed that both co-hosts had tested positive for coronavirus (COVID-19). Following the viral moment, Navarro is speaking out about what happened.

Ahead of an important interview with Vice President Harris, Navarro and Hostin were asked by producers to step away from the set. Behar would later confirm that both political commentators had tested positive for COVID-19. It was later reported that Navarro was tested again to confirm her status and it had come back negative which led to believe the first test was a false positive.

“I’m tested weekly,” she said during an interview with Anderson Cooper on CNN. “I co-host a couple of days a week and I usually get tested before I come into the building. So, we are all tested weekly, there’s a lot of measures taken at The View. Like in your show, there’s limited staff on the floor, everybody’s wearing masks, except for the people on camera.”

Navarro said that all indications were that her COVID-19 results were a false positive and she found out about it while on the show live. The television co-host said it was an “awkward moment” and she was left puzzled by how everything went down.

What happened after she left the set?

Fans watching The View were taken aback by the strange things going on the show. To be fair, the co-hosts were not entirely aware of what was happening until the producer said it live on-air. During the same interview with Cooper, Navarro explained what happened after she was asked to leave the set of the show.

“We’re sent to backstage, the vice president was in a separate room [and] we had had no contact with her for the entire day,” Navarro explained. “They’re trying to figure out what is the safe way to conduct this interview and how do we do this? And I’ve got to say, her team rolled with it. It was crazy. She ended up doing the interview from that room via remote while we were locked up in our dressing rooms, waiting for the test results that we took.”

Navarro then said that she had an antigen test administered and both came back false positive. Although the political analyst didn’t update fans on Hostin, she said it was going to be up to her to talk about her perspective on things. Navarro added that she was waiting for another test result to be assured she didn’t have COVID as she needed to return to Miami where she lives. While she waited, she was quarantined in a hotel.