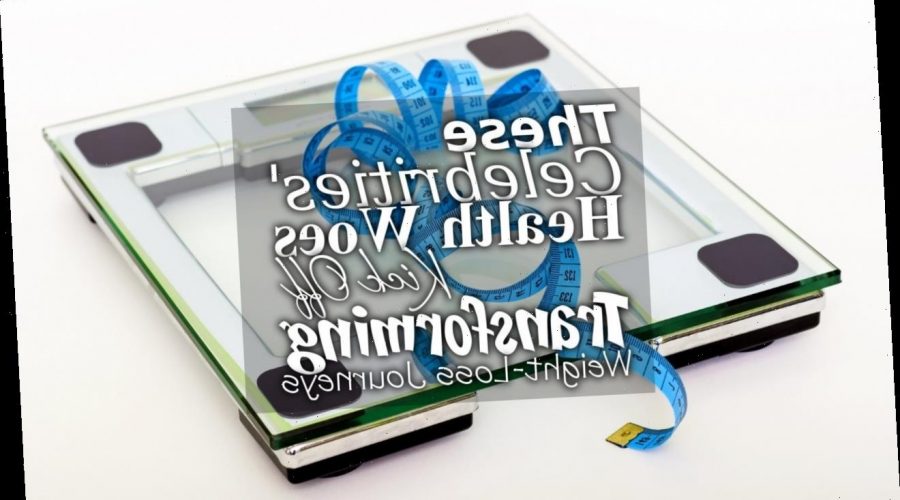 While many are inspired to undergo a strict diet and have regular exercise to obtain good looks, there are some stars who lead healthier lifestyle to manage their health issues.

AceShowbiz -Good look has arguably become an unspoken prerequisite for someone’s success in entertainment industry besides talent. While some stars are blessed with good genes since they were born, not a few have had to work hard and go extreme lengths, including undergoing a strict diet and going under the knife, to obtain the desirable appearances.

Often times, these public figures heaped praises for their positive transformation. But despite embracing this result, a number of them have admitted that looking good was not their main goal when they started leading healthier lifestyle. In fact, these stars mentioned below have gotten honest that their slimmer figures are the side effects of managing their health woes.

Missy Elliott stunned everyone when she showed off her major transformation in 2018. She credited her glowing skin and less sluggish physique to drinking more water and cutting out juices, soda and bread. But the “Work It” hitmaker already started living healthier years before, after she was diagnosed with Grave’s disease, an autoimmune illness affecting thyroid. The singer said at the time that she was “managing the condition thru diet and exercise.”

Kevin Smith had lost 85 pounds after he was kicked off of a Southwest Airlines flight for being too large to fit into a seat in 2010. His weight, however, fluctuated over the years until he suffered a severe heart attack caused by a total blockage of the left anterior descending artery in 2018. Surviving the scary episode of medical emergency, he was ordered by his doctor to lose 50 pounds and he showed his determination to live healthier as he followed a strict no-sugar diet that resulted in him losing 26 pounds in just a few weeks. The actor/filmmaker has since been keeping the healthy lifestyle.

Rick Ross debuted his slimmer appearance in 2014 and has since been very discipline with his workout routine and controlling what he eats. “I wanted to cut back on some of the drinking I was doing and sleep a little more, you know, watch what I ate,” he said on “Good Morning America“. As for what turning point is, he revealed, “I think what truly inspired [my weight loss] was me suffering my first seizure. After I did that, I began to spend some more time looking at myself, taking care of myself, investing in myself. I realized I had to change my diet and my sleeping habits.”

Simon Cowell has always cared about his looks, but it’s not until he fainted and fell down the stairs at his house in 2017 due to low blood-pressure that he started to control what he eats. The “America’s Got Talent” judge later lost about 20 pounds in less than a year after he stopped consuming dairy, wheat and sugar, and became vegan. Speaking of the result, the 61-year-old Brit said, “Within a few weeks, I could see the difference. Cutting out sugar made a massive difference. The first few weeks were difficult, but then I stopped craving sugar.”

Gabourey Sidibe is always confident and loves herself no matter what size she is, but she has slimmed down in recent years after she was diagnosed with type 2 diabetes in 2017. The actress underwent laparoscopic bariatric surgery in an effort to manage her weight. While she admitted that the surgery helped her a lot more than she would have lost without it, she insisted, “The surgery wasn’t the easy way out. I wasn’t cheating by getting it done.” The “American Horror Story” star indeed has also been working out, sharing in 2017, “I work out with my trainer three to four days a week. If I’m not working out with a trainer, I get up, and I go swim.”

John Goodman is another star who was known for his huge figure, but that changed in mid-2010s. The actor, who weighed nearly 400 pounds at his heaviest, was almost unrecognizable with slimmed down look in 2015 after losing a considerable amount of weight in roughly 12 months. His knee surgery in 2014 apparently became the starting point of his major transformation after years of unhealthy living and weight gain wore down the joints. As to how he lost the weight, he revealed that he has been cutting sugar and alcohol from his diet and working out six days a week.

Busta Rhymes now has a toned stomach after losing almost 100 pounds. The rapper showed off his dramatic weight loss transformation in October 2020 after taking his health more seriously and embarking on a mission to lose his “pregnant” belly. In an interview with Men’s Health earlier this year, he said he realized he needed to change his lifestyle after battling sleep apnea and breathing difficulties. “I knew s**t was serious,” he said of what became the turning point. “The doctor told me that if I caught a cold or slept wrong that I could die… It felt like this was on me now, and I had to steer things in a different direction.”

Lena Dunham has never been shy about showing her skin which made her a role model of body positivity. Yet, she was not proud when she was featured on the cover of a magazine in 2017 with a headline that read, “20 Slimdown Diet Tips Stars Are Using.” Offering her own “diet tips” on Instagram, she attributed her weight loss at the time to emotional stress brought on by the 2016 election result and illness. The actress has been open about her struggles with endometriosis which led her to a decision to have a hysterectomy.

In 2015, Rosie O’Donnell lost over 50 pounds after having gastric bypass surgery. She had considered getting it before, but finally settling on it despite her concerns about the side effects after having a heart attack and nearly dying in 2012. She tried a few diets prior to the surgery, but admitted, “I just couldn’t do it.” The 58-year-old comedian also tried to maintain her health by cutting down stress. “The truth is, I had a heart attack two years ago and stress is very bad for a heart attack survivors,” she explained.

Kelly Clarkson knew first-hand how mean people could be when she received a lot of criticism for gaining some pounds. Later when she showed a slimmed down appearance, social media users began speculating that she took diet pills and had “weird fad diets.” Not letting it get out of hands, the “American Idol” alum clarified that she dropped 37 pounds by controlling her intake. Calling it a “side effect” of controlling autoimmune disease a thyroid issue through eating different foods, the singer said on “Today” in 2018, “I know the industry loves the weight gone, but for me it wasn’t (about) the weight. For me, it was ‘I’m not on my medicine any more.’ ”