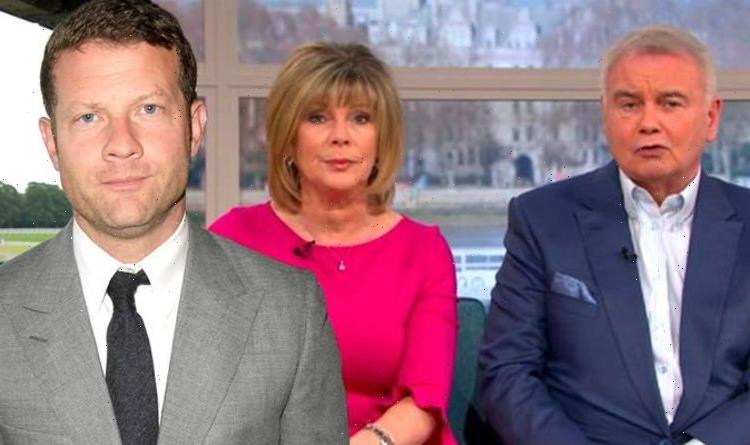 This Morning: Alison and Dermot in tears over boy's charity work

This Morning presenter Dermot O’Leary has opened up about the experience he and co-host Alison Hammond had when they first started up their Friday presenting slot. The ITV host admitted that it took “a while” for them to get into the swing of things in an exclusive interview with Express.co.uk on the ITV Palooza red carpet.

Alison and Dermot actually met for the first time 20 years ago, when he interviewed her after she’d just been voted out of the Big Brother house.

Since January 2021, the dynamic duo have been presenting This Morning on Fridays, a slot previously occupied by Eamonn Holmes and Ruth Langsford.

Speaking candidly about the transition, Dermot explained that while it took some time to get settled into their new This Morning gig over lockdown,and he now thinks of Alison “like a sister”.

When asked what the last year with Alison has been like, Dermot responded: “Yeah, it’s great. I mean we love it.

“Took us a while. We started without any… We started in lockdown so, you know, I was literally hosting a TV show with someone I met 20 years ago.”

He went on to explain how restrictions imposed due to the pandemic made life tough for the ITV favourites at first.

“So, we were on air pretty much for the first time. So it took us a while but we love it! She’s like a sister now.”

Meanwhile, husband and wife team Eamonn and Ruth, who used to present This Morning on Fridays, have since made some career moves of their own.

Eamonn is joining GB News, replacing Simon McCoy as the channel prepares to launch a radio station in 2022.

Ruth is now known primarily as an anchor on Loose Women, although she still remains a part of This Morning.

Their successors Dermot and Alison appear to be getting along like a house on fire, proving to be a big hit with viewers.

Helen Flanagan surprised with HOUSE by fiancé after lie [INSIGHT]

When asked about his favourite moment from working with Alison, Dermot shared an amusing revelation about one particularly stressful element.

“We have a moment where I have to pick a song and then she gets in early,” he explained.

“She has to stay over on Thursday night because she lives in Birmingham, so I have to pick a song in the morning.

“She’s in make-up before me in the morning…” he continued.

“And the pressure of picking that song! I can’t even tell you.”

The star went on to share that he can often get locked out when he’s rushing around, which leaves him very tight for time before Alison comes in to hear the tune he has picked out for her.

“I keep losing my pass as well,” he explained, “So I’m really late and get in through the door and there’s no coverage down there and so I’m sort of banging on the door.”

“So I’ve got that and then I’ve got to make sure I’ve got my song downloaded for the day. So all that pressure – and then when we go on air – it’s a relief!” Dermot concluded.

This Morning’s Christmas Day special airs at 10am today on ITV and ITV Hub.