Dean McDermott slammed rumors that he and Tori Spelling were calling it quits on their 15-year marriage.

Tori Spelling‘s husband Dean McDermott boldly addressed the rumors swirling around them getting divorced. During the Sept. 15 episode of the “Feminine Warrior” podcast, the reality star shut down speculation that there was trouble in paradise for the husband and wife of 15 years.

“I don’t reply, you know, anymore,” the father-of-six, 54, said. “It’s just like, ‘OK, if that’s what you want to think, then think it.’” In March, the Beverly Hills, 90210 alum, 48, sparked rumors of a divorce after she was spotted not wearing her wedding ring. “It’s just weird that people need to know,” Dean continued. “‘What’s going on with Tori and Dean? She’s not wearing her ring.’ Why do you need to know that? How is that going to affect your day?” 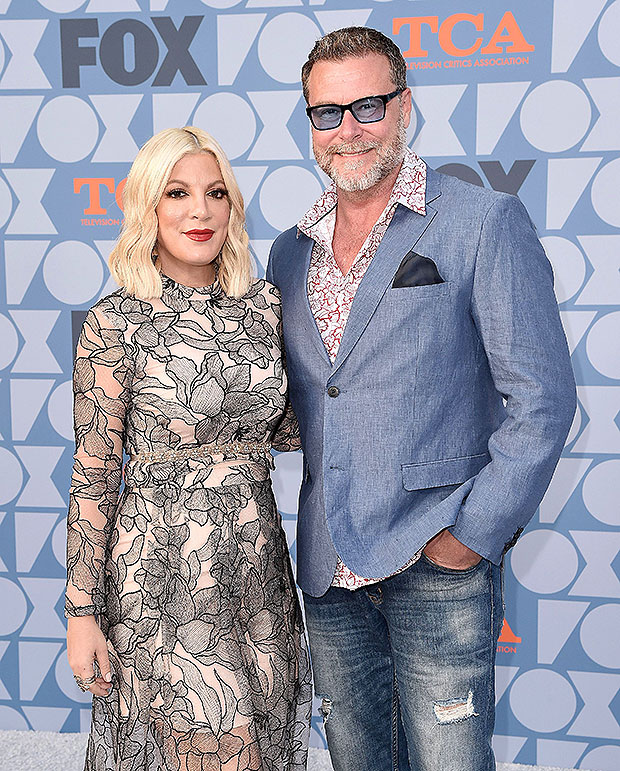 Dean has publicly admitted to cheating on Tori in the past which led to her having serious trust issues in their relationship. However, despite all the tension, the pair have continued to put on a united front when it comes to their five children — sons Liam, 14, Finn, 9, and Beau, 4, and daughters Stella, 13, and Hattie, 9. Dean also has a 22-year-old son, Jack, from his previous marriage.

Tori and Dean’s relationship has seen its fair share of ups and downs over the years. And as we recently reported, the couple is currently going through another rough patch. A source close to the situation told HollywoodLife EXCLUSIVELY and said, “Dean and Tori have been having relationship issues for months now,” our source revealed. “They fight a lot. Tori has had trouble trusting Dean. She always thinks he’s cheating on her and he couldn’t take it anymore.”

Tori and Dean were both married to other people when they first got together after meeting on the set of Mind Over Murder in 2005. After splitting from their significant others, they got married in May 2006. However, in 2013, news broke that Dean had been having an affair, and he admitted to being unfaithful in 2014. Since then, Tori and Dean have gone through plenty of ups and downs in the public eye.