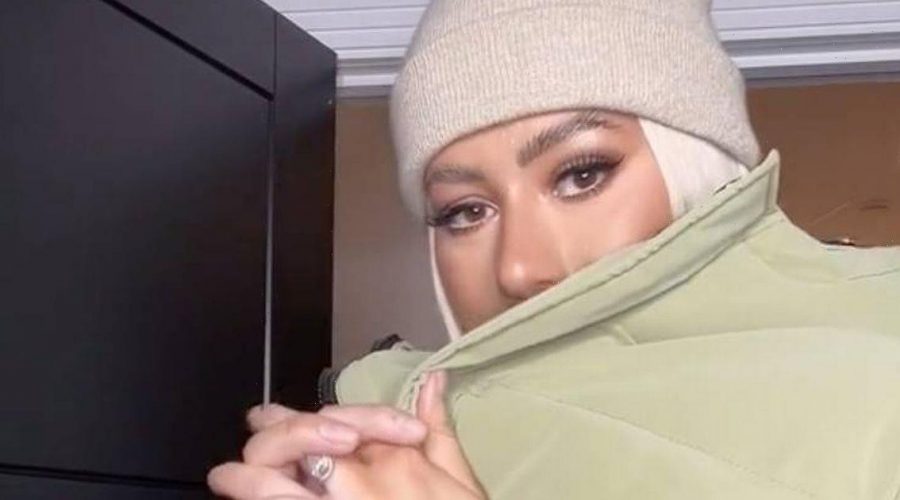 Demi Sims has shown off a new look after getting her lip filler dissolved.

The TOWIE star, 25, took to TikTok to show off what her lips look like without filler in a new video posted to her 204,000 followers.

In the video, Demi uses a clip from holiday film Love Actually, where Keira Knightley says the line “I look quite pretty” as she moves her coat away from her face to debut the new look.

The reality star also took to her Instagram story to share some before-and-after shots of her lips, saying that she is “so happy” with the results.

Accompanying the images, she wrote: “Good morning, so I’ve had all of my lip filler dissolved, I haven’t had my lips done for a year and half because I was waiting for them to dissolve naturally but it was taking ages!”

“So I decided to get them dissolved and now these are my natural lips. I’m so happy.”

Fans were quick to complement Demi on her look.

One wrote on TikTok: “I love that girls are doing this! Like whatever makes you happy but honestly you look gorge without it”.

“Much better, you are a natural beauty,” wrote another.

Another added: “Okay WOW you are stunning!!”

A fourth person added: “Million times better! Not against fillers but you just suit your natural lips much better”.

It comes after Demi revealed she feels uplifted by the support she's received from fans over her recent discussions around her sexuality.

The star recently revealed on the ITVBe reality show that she has felt confused about if she identifies as gay or bisexual.

In an exclusive interview with OK! , Demi said: "I just felt like being real because, at the moment, I feel like I'm the only girl who's on a current reality TV show who is actually in the community.

"So, I just wanted to let viewers know that they're not the only ones – that there is people like me that are confused as well."

Demi added: "It actually did me quite well because I've actually had so many messages from people saying: 'Oh I've watched TOWIE tonight, I can relate to you 100% I'm in exactly the same position' and it has made me feel a lot better as well.

"Because I don't know any other gay girls in Essex – there's a lot of gay guys – but there's not that many gay girls.

"So it just felt nice. Sometimes it feels like I'm the only gay in the village so it feels nice to hear other people say they are the same."

And when asked if speaking out has helped her journey, Demi said: "Definitely, it has helped me."

Stay up to date with all the latest on your favourite stars by signing up to OK!'s daily celebrity newsletter .