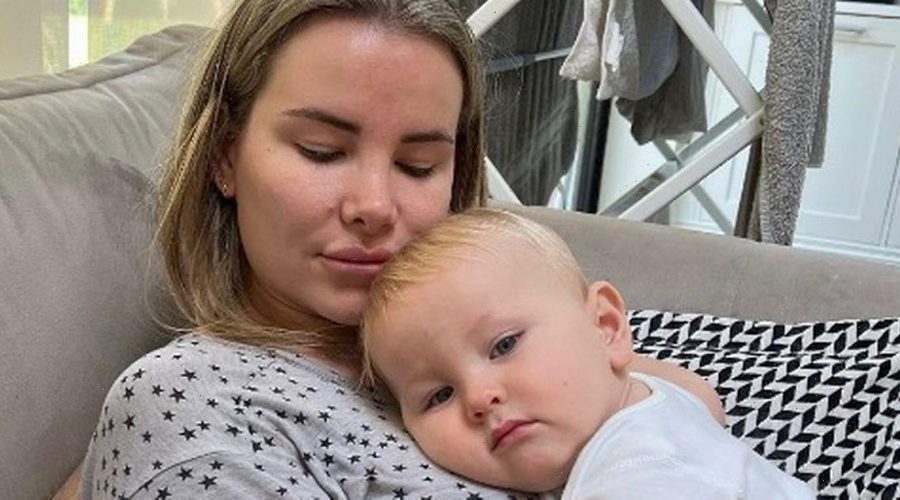 Georgia Kousoulou has opened up about how fiancé Tommy Mallet saved her as she battled postnatal depression.

The former The Only Way Is Essex star, 31, spoke about her mental struggles after the birth of her son Brody Fordham.

She welcomed her baby boy with Tommy, 30, who she met on the ITVBe reality show, in May last year.

Speaking on the Happy Mum, Happy Baby podcast by author and TV personality Giovanna Fletcher, Georgia discussed struggling with feelings of guilt and shame after not feeling an instant emotional bond with Brody when he was born.

The mum of one said: "I was told when I held Brody that I would have this instant bond, I didn't get it. I looked at him, and love him but I didn't have that 'I'm a mother I know what to do'.

"I genuinely thought it was going to happen and this was going to be an unbelievable experience. I sat there one day and took myself into the bathroom as my house is full of people and I felt I couldn't be sad.

"I remember sitting there thinking why is everyone so happy about this child and I am not? I am just after giving birth to this amazing baby – why am I not happy?!"

Georgia said she didn't tell anyone how she was feeling because she was ashamed and even tried to hide from Tommy, admitting that she thought he would judge her and she felt embarrassed for him.

But Tommy knew something was wrong and staged an intervention with her midwife and her mum.

She said: "Tommy said, 'Georgia is not happy. Something is going on.'

"At the time I was like 'what had he done' and I was so angry, but it was the best thing he did and I burst out crying.

"And that was it – I said all my emotions for the first time and I felt instantly better."

The TOWIE favourites, who got engaged in February during a trip to Mexico after eight years together, star in the ITV series Georgia & Tommy: Baby Steps, which follows the couple on their parenthood journey.

Brody was born early by C-section after Georgia's final scan showed that he was in the breech position.

In July this year, she told followers on social media that she was "slowly starting to feel like myself again" as she showed her trimmed down figure after struggling with post-birth weight gain.

Days later, Georgia shared her despair after one year old Brody came down with tonsillitis and was on antibiotics, after he became ill with a high temperature.