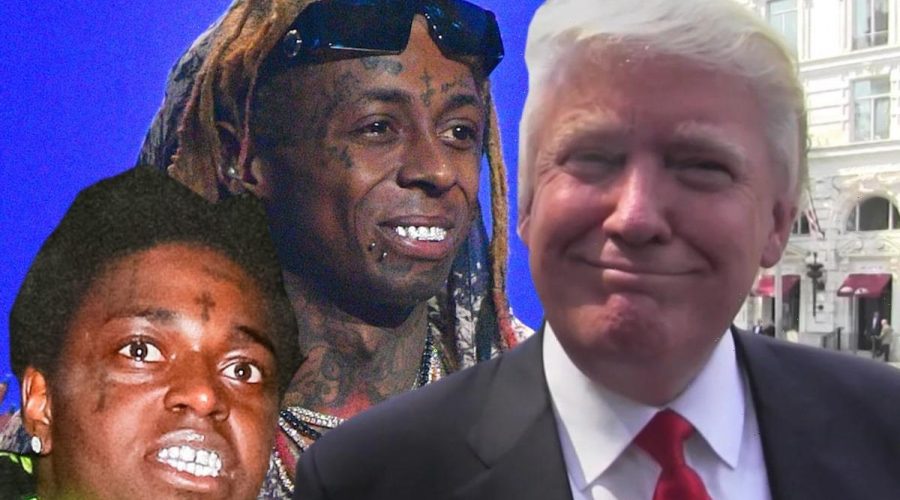 7:43 AM PT — 1/21 — Tunechi’s publicly showing appreciation for his pardon, tweeting … “I want to thank President Trump for recognizing that I have so much more to give to my family, my art, and my community.”

Lil Wayne also thanked his lawyer for “working so diligently to secure another chance for me.”

5:16 AM PT — Lil Wayne and Kodak Black’s attorney, Bradford Cohen was working behind the scenes for a while to lobby for both men’s clean slate.

Cohen tells TMZ … Wayne reached out to him shortly after he was slapped with gun charges in 2020, as they’d previously known each other over the years. Cohen got right to work, filing pardon paperwork for Weezy — and largely relied on the argument that LW was being unfairly charged, considering he was a non-violent felon with just one previous conviction … for which he served a great deal of time behind bars.

As for Kodak, Lord knows the guy was lobbying for his client for the longest time now — and while Trump’s staff noted Kodak’s charitable work in their official reasoning … Cohen tells us there were other factors at play too.

Cohen says he highlighted Kodak’s horrible treatment while behind bars — some of which we’ve documented ourselves — as well as the fact that Kodak was being treated as a serious threat in a maximum security facility, when really … he was convicted for a relatively low-risk crime over paperwork. Remember, Kodak was due to get out of prison no earlier than 2022 … but Trump saw to it that the dude be sprung ASAP, noting he’d completed a good portion of his sentence.

President Trump came through for Lil Wayne with a full pardon that gets him off the hook for a gun charge that could’ve meant serious prison time, and rapper Kodak Black also got clemency with a commutation of his sentence.

Wayne’s pardon announcement included a statement of support by Brett Berish of Sovereign Brands, who described him as “trustworthy, kind-hearted and generous.” The pardon statement then reads, “Mr. Carter has exhibited this generosity through commitment to a variety of charities, including donations to research hospitals and a host of foodbanks.”

Deion Sanders, also a supporter of the pardon, referred to Lil Wayne as “a provider for his family, a friend to many, a man of faith, a natural giver to the less fortunate, a waymaker [and] a game changer.”

Weezy’s pardon came just hours before the sun set on Trump’s Presidency … and it’s just one of a stack of pardons, including Kodak Black. Black, who was sentenced to 46 months in prison for making a false statement on a Federal document, served nearly half his sentence.

The pardon statement notes he has been charitable in various ways, “such as providing educational resources to students and families of fallen law enforcement officers and the underprivileged.” It goes on to note KB has provided funding to daycare centers, helped with food banks and worked with underprivileged children. And, the statement notes Kodak donated $50k to Dave Portnoy‘s Barstool Fund, which provides financial assistance to struggling businesses in the wake of COVID.

Wayne endorsed Trump in the final days of the 2020 election campaign — posing for a photo, talking up Trump’s criminal justice reform efforts and his proposed “platinum plan” to benefit the Black community.

With the pardon … Weezy no longer has to worry about his federal gun case. As we reported … he pled guilty in federal court last month to illegally possessing a loaded weapon while traveling to Miami on a private jet a year earlier.

He hadn’t been sentenced, but faced the possibility of up to 10 years. That’s all in Wayne’s rearview mirror now.