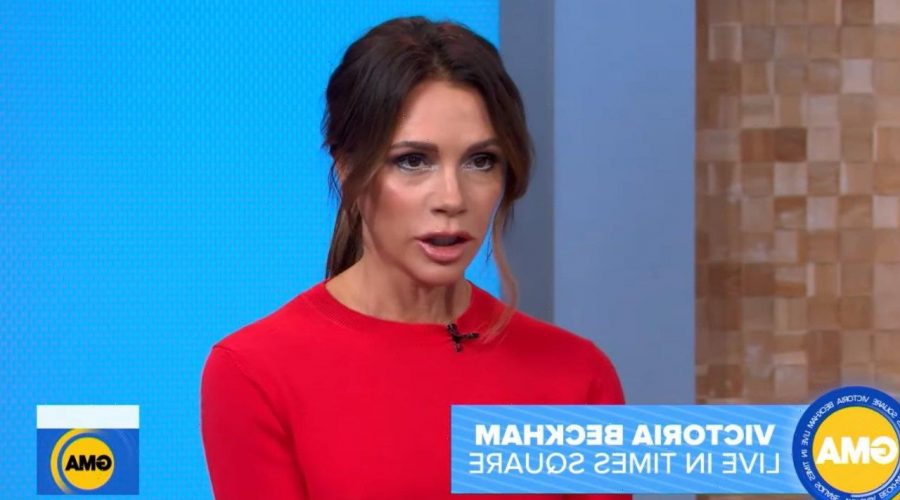 The former Spice Girls member sparks concerns about her appearance as many suspect that she has fillers injected into her lips ahead of her ‘Good Morning America’ visit.

AceShowbiz -Victoria Bechkam (previously Victoria Adams) has gained a lot attention following her “Good Morning America” appearance, though not for a good reason. The fashion designer has sparked concerns as she sported a noticeably fuller pout.

The former Spice Girls member didn’t address her fuller lips, but fans couldn’t help noticing her different look. Clearly shocked by her appearance, many suspected that she has undergone a procedure to get lip fillers ahead of her “GMA” visit.

“What’s happened to your face? Stop filling your face with crap. You look plastic,” one person commented on Victoria’s look. Also not impressed with her fuller lips, another tweeted, “I love the Beckham’s but … Please no more lip fillers. It’s all [too] much.”

A fan admitted, “Love Victoria Beckham but what’s been done to her lips is a shame.” Someone else wrote, “Victoria Beckham on GMA is freaking me out. She only moves her eye lids and lips when speaking… it’s so unnatural and distracting. The botox/filler game can work for pics, but wow it’s not good for life things.”

“My gosh her lip injection looks terrible. Whyyyyy are women doing this to themselves??!!” another asked, while someone else posted, “Victoria beckham got the extra good lip filler i see!” Another wrote, “Watching @GMA and asking myself what’s wrong with @victoriabeckham lips. She seem that like she doesn’t have an upper lip!”

Speaking out against cosmetic procedure in general, one other chimed in, “Victoria Beckham looks freakish. Geez Ladies. What is the goal? What is the ultimate look. Face pulled back to behind the ears. Lips busted and glossed. Stretched out Cat eyes. Sorry, I just turned 47, maybe I’m just getting too old for these older ladies.”

Victoria is no stranger to plastic surgery. The wife of David Beckham has previously admitted to have gone under the knife to enhance her boobs, though she later regretted it. In a letter to her younger self, she once wrote, “Don’t mess with your boobs … All those years I denied it – stupid. A sign of insecurity. Just celebrate what you’ve got.”