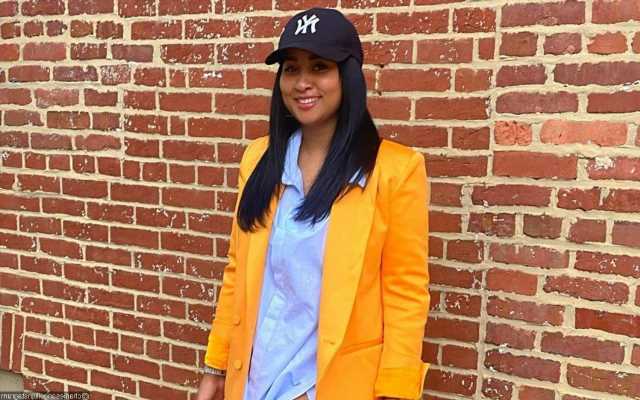 The former ‘Love and Hip Hop: Atlanta’ star is fuming at an employee at the drug store for allegedly staring at her and yelling at her for opening a product she wants to buy.

AceShowbiz –Tammy Rivera‘s quick stop to a local drugstore has turned into an ugly experience. The wife of Waka Flocka Flame was fuming in videos after she was allegedly racially profiled by a CVS employee in DeKalb County, GA.

On Monday, October 25, Tammy posted on Instagram a couple of clips showing her accusing a female employee of discrimination. In the clips, she said the lady wouldn’t stop staring at her and yelled at her when she opened a product she wanted to buy.

At some points, the employee tried to defend herself, claiming that Tammy broke the store’s rule by opening a product. Tammy, on her part, said she was upset because of the way the employee allegedly disrespectfully reprimanded her.

The authorities were called when the CVS employee tried to kick Tammy out, but the reality TV star left the store in an attempt to avoid any trespassing charges against her. She additionally said she’s a regular at the drugstore, but she believed the employee she fought with was a new hire.

Tammy, however, didn’t stop there. Once she’s back at home, the singer filmed another short video which she posted on her feed. In it, she explained why she was upset with the employee’s treatment to her.

“I want to be treated fairly and I’m a human being. I don’t think I look better than everybody else,” she said in the three-minute clip. “I’m a regular person and I don’t expect to be treated with special privileges.”

She continued, “I believe that you should greet the janitor with the same respect you give to the CEO.” She then added a message to the employee, “Treat everybody fairly. You sat there and you racially profiled me.”

“It’s crazy because I see a lot of black and brown people … we go through it a lot,” the 35-year-old further complained, adding that the worker called her a “brown-skinned” woman on the phone to the police. “I just felt like, why would that even matter [what my skin color is]?” she asked the camera.

“The whole night just shook me and I’m sorry I let this lady disturb my peace,” she ended the video. In the caption, Tammy called for the company’s attention as writing, “@cvspharmacy I’m disgusted in the lack of customer service, the disrespect, and the racist profiling I experienced tonight.”

According to TMZ, CVS has since reached out to Tammy to apologize for the unpleasant experience. A rep for the company told the site it has a “firm non-discrimination policy” and it’s committed to ensuring that all customers are “treated with respect and are offered courteous customer service.” The rep assured they will be launching an investigation into the matter.

Tammy later responded by telling the site that she doesn’t want the employee to get fired. She, however, hopes that the lady gets more education and training. She also expressed her concern that if it happened to her, it’s probably happened to other black or Latina customers as well.