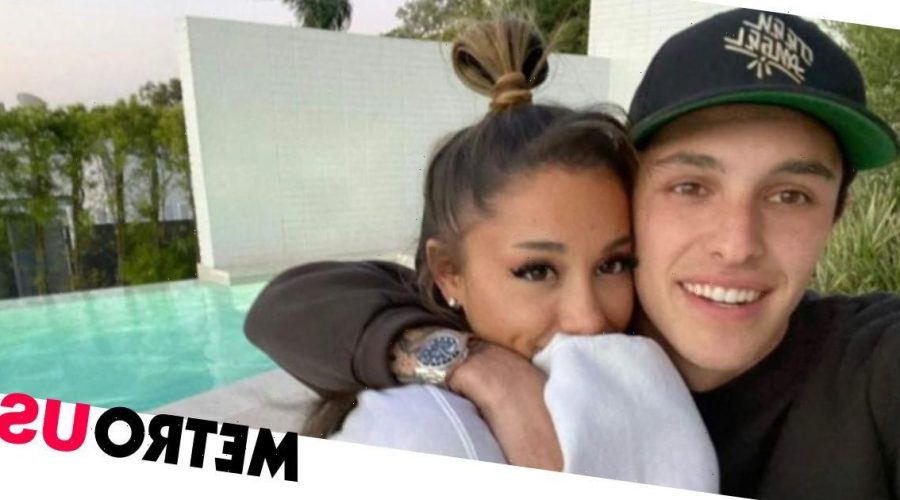 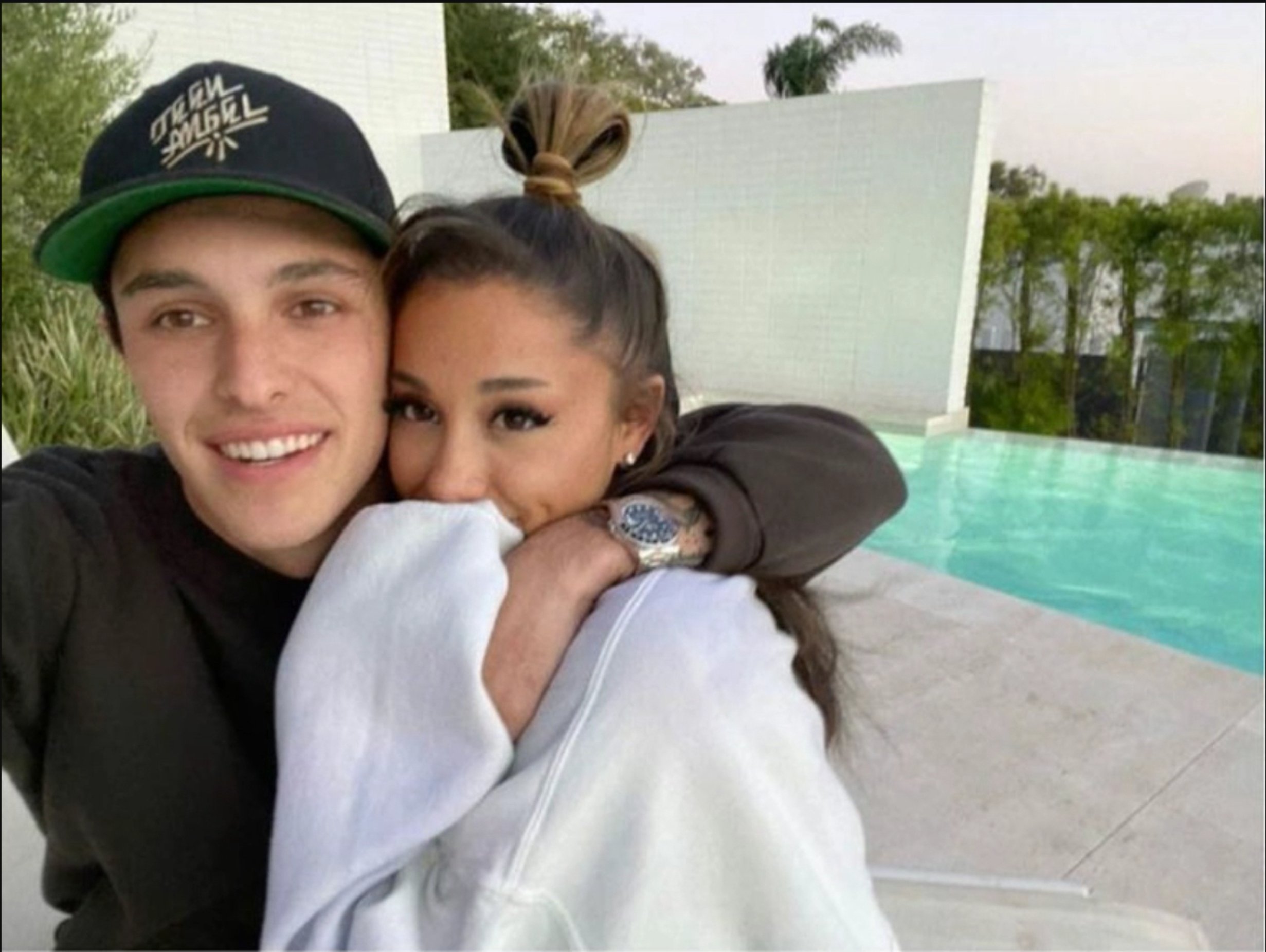 Ariana Grande is a married woman after she quietly tied the knot with Los Angeles-based realtor Dalton Gomez over the weekend.

Reps for the Positions singer confirmed Ari, 27, and Dalton, 25, got hitched during a ‘tiny and intimate’ ceremony, following the pair’s engagement in December.

Reps confirmed: ‘They got married. It was tiny and intimate — less than 20 people. The room was so happy and full of love. The couple and both families couldn’t be happier.’

The pair announced their engagement nine months after they first went public with their relationship, with Ariana showing off her diamond and pearl ring.

Naturally, fans now want to know everything about the man Ariana decided to marry, with Dalton living a relatively quiet life off social media and out of the spotlight.

Dalton is a Los Angeles-based realtor and, according to Page Six, he works for the Aaron Kirman group as the ‘sole buyer’s agent’.

His work is believed to focus on ‘luxury real estate listings’, with the realtor recently representing a home in Malibu with an asking price of ‘nearly $11million’ (£7.7m).

It’s not clear how Dalton and Ariana met but they do share a mutual friend – Miley Cyrus.

A source explained to E! News: ‘They run in the same circle. He used to be a dancer and they have many mutual friends. So it is quite possible they met through friends.’

What is Dalton Gomez’s net worth?

While Dalton’s exact net worth isn’t currently known, Life & Style magazine has estimated the realtor to be worth $20m (£14m), taking into account the commissions he would earn from the sales of the multi-million-dollar mansions he’s worked across.

That figure is nothing to sneeze at but pales in comparison to Ariana’s reported net worth of $180m (£126m).

How long has Ariana Grande been dating Dalton Gomez?

Ariana and Dalton were first spotted together at Bar Louie in Northridge, California in February 2020, following news Ariana was single again after her split from Social House star Mikey Foster.

At the time, little was known about Dalton’s romance with the hitmaker but a source told TMZ that the pair had been ‘seeing each other for several months’.

Since then, the pair have kept their relationship relatively private and Ariana rarely posts about her beau on social media.

Ariana chose to confirm her relationship with Dalton in May, when he made a surprise cameo in her music video to track Stuck With U – a collaboration with Justin Bieber.

The singer spends most of the Stuck With U video cuddling with her dog, while Justin packs on the PDA with wife Hailey Baldwin.

Right at the end, however, Ariana enters her bedroom to dance with Dalton, who had been isolating with her during lockdown.

While Dalton’s head is chopped off in the dancing scenes – well, he is quite a bit taller than his petite girlfriend – there’s a clearer image of him in the credits.

When did Ariana Grande get engaged to Dalton Gomez?

Ariana shared news of her engagement with fans on Instagram on December 20.

She shared a series of loved-up pictures with Dalton and gave fans a close-up look at her engagement ring, which features a pretty diamond and pearl design.

Ari adorably captioned her post: ‘forever n then some.’

The star chose to keep quiet on the details, however, so it’s not known exactly when Dalton popped the question or how he did it.

This is Ariana’s second engagement as she was previously engaged to her ex, Saturday Night Live star Pete Davidson.

Ariana began dating Pete a month after her split from rapper Mac Miller in May 2018. She announced their engagement in June, but the pair called things off just months later in October that year, following the death of ex Mac a month prior in September.

When did Ariana Grande and Dalton Gomez get married?

TMZ and People revealed the news on May 17, with the singer’s reps confirming the ceremony took place with only 20 guests in attendance.

Fans have been questioning whether Dalton is related to former Disney star Selena, given that they share the same surname.

While some have been revelling in the fact that Ariana will be ‘sisters’ with Selena when she marries Dalton and takes his surname, this won’t be the case as Dalton is not related to the Lose You To Love Me singer.

Dalton does have a sister, who is not Selena, but little is known about his family as he chooses to keep his life away from the public eye.

If you’ve got a celebrity story, video or pictures get in touch with the Metro.co.uk entertainment team by emailing us [email protected], calling 020 3615 2145 or by visiting our Submit Stuff page we’d love to hear from you.

18/05/2021 Celebrities Comments Off on Who is Ariana Grande's new husband Dalton Gomez and what is his net worth?
Lifestyle