Billy Porter made the difficult leap from Broadway to television. Not many stars are able to do it, but Porter dominates the silver screen, the big screen, and the stage with equal ease.

Those who only know him for his FX show Pose may not realize that Porter is actually a Tony award winner. Now he’s acting in all kinds of projects, as well as writing and producing. Somehow he still has time to make a splash in the fashion world any time he finds himself on a red carpet.

Fashion is natural to Billy Porter

The category is: Inclusion ya’ll! #ad Less than one month until the GLAAD Media Awards and this year marks a decade of support from my family at @KetelOne_us. Check out @glaad to see how those funds have helped shine a light on progress and accelerate acceptance throughout the years. Cheers to the progress of the present and the marvelous things to come in the near future… 🍸#DrinkMarvelously . . Wearing custom @csiriano Jewels by @oscarheyman Style by @sammyratelle

Porter has been touted as a gender-bending fashion icon. He wears dramatic dresses on the red carpet, and he knows how to work them. Porter recently sat down with Yahoo, and he revealed that he’s not necessarily trying to cause controversy.

Unfortunately, sometimes his looks do spark criticism, but Porter is just being who he is. He’s always used fashion as a way to express himself. “There’s no pressure for me to one-up myself because I am being truly authentic to who I am. This is not a game. I have always been this person. If you go back and look at pictures from my youth, I have always been the person that’s expressed myself through clothing.”

For Porter, fashion is “a form of art” that can help the wearer teach the world something. Clothes can help a person express their identity. That’s actually something Porter was raised with. “I’m first-generation post-civil-rights movement, and we were always taught to dress for the job you want, not the one you have … and that has been my life’s mantra.” 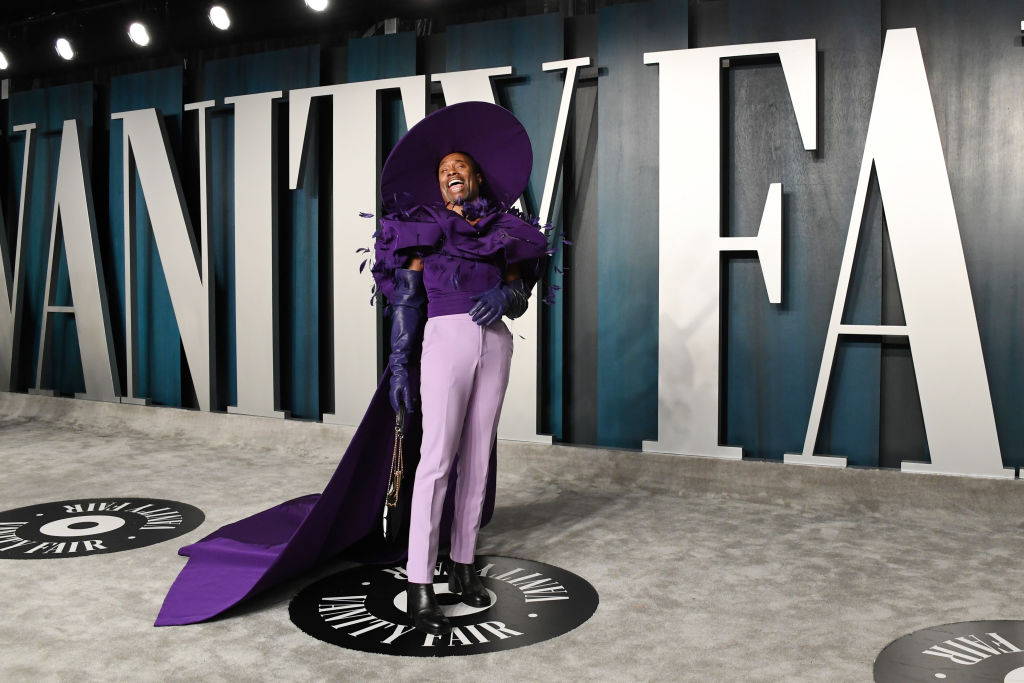 Porter is the definition of representation

What a joy it was to celebrate the 25th Anniversary of Broadway Inspirational Voices at their silver gala on Monday night. I was one of the founding members of the organization in 1994 and I am so proud of @michaelmichaeltheartist and everyone at the @bivoices. I love you all so much. Keep doing what you're doing – spreading love all over the world. God Bless you all! Wearing @landerosnewyork #BIVoices #BIVSilverGala #Gospel #Inspire #tbt

Porter’s take on representation is special. He’s one of the few people who has become the representation he never had. He’s glad he can give young people a role model, and at the same time, he’s giving them a look at what he went through.

“I’m so grateful to have lived long enough to see the day where my story is being told. I lived through the AIDS crisis,” said Porter, “So it’s beautiful to be a part of the retelling of that story for a generation that wasn’t there — to be able to live long enough to be the representation, to be the change that I never saw.”

That makes Porter the definition of representation. He is telling his story and giving a voice to his past. At the same time, he’s an example for young people. He proves that being yourself is OK.

One of the highlights of my life has been the opportunity to sing on the set of @sesamestreet with my new pal, Penelope the penguin. Together, we sang about the possibilities of new friendships with those who may not be exactly like us. I know people are all up in arms about me wearing the gorgeous custom @csiriano tuxedo dress that I wore at @theacademy awards in 2019 for the upcoming season. If you follow me, however, you know the impact it had. The emails, DMs, and messages of good will I received that day (and continue to receive) from parents and their children who have been bullied all over the world and desperately need to see someone like me, being their authentic selves on mainstream media, is far more important than anything #onemillionmoms could ever say. Friendship, kindness and inclusivity shall triumph. And often, it simply starts by saying hi. #sesamestreet #season51 🐧 🤵🏿@pbs . . Wearing custom @csiriano Styling by @sammyratelle

Earlier this year, Porter took his gender-bending tuxedo dress to the street. Sesame Street, that is. The show’s producers requested Porter bring his famous look for a guest appearance on the popular children’s television program.

He, of course, faced backlash, but he kept his message in mind. While some more conservative viewers didn’t think kids should be seeing a man in a dress on TV, Porter’s lesson was pure.

Porter wasn’t trying to teach kids about gender-bending, or even about fashion. He just wanted to teach kids to respect everyone they come across, regardless of what they wear. “So me showing up in a dress is actually saying to the children of the world, ‘There are people who are different. Those people are human, just like you.’ That’s the message, that’s it. I am thrilled to be a part of that message, and that’s the only thing I care about.”

That’s a message anyone can get behind.

Related posts:
22/03/2020 Celebrities Comments Off on Why Fashion Is a 'Form of Art' for Billy Porter
Lifestyle