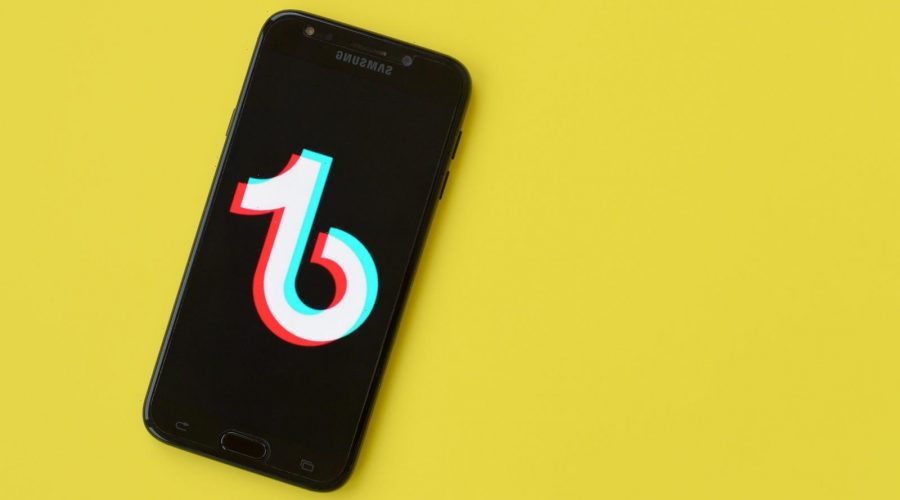 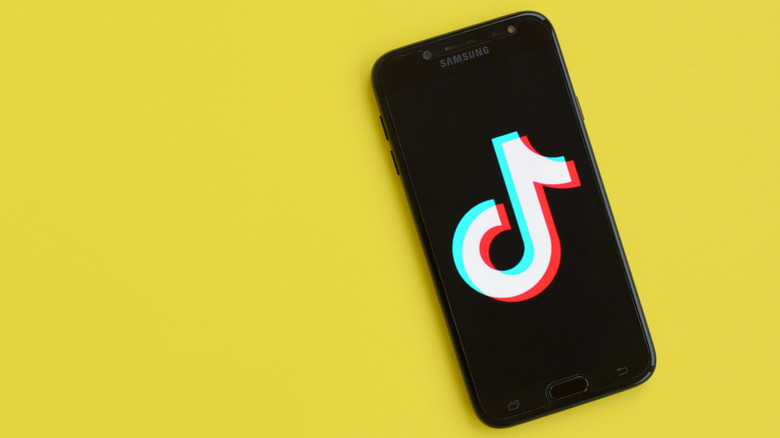 TikTok trends come and go, but they typically make lasting impressions. The short form video platform has dominated media consumption over the last couple of years, and it shows no signs of wavering. In fact, TikTok even influences other apps, such as LinkedIn (via Yahoo! Finance).

TikTok trends range from DIY home design trends to makeup hacks and food ideas that keep everyone talking. The app’s latest trend — or at least one of them, as the platform is so large that trends go viral simultaneously — involves a very popular food: garlic. According to several TikTok users, garlic is no longer just for pasta, pesto, and garlic bread; it can be used for health purposes that don’t include consuming it (via PopBuzz).

This new usage sees people stuffing garlic into their nose to clear their sinuses. They claim that garlic is helpful for allergies, sinuses, and when sick as it helps you breathe after clearing your sinus passageways. So, are the users right? Is garlic as useful as TikTokers claim?

Garlic may not be as powerful as users thought 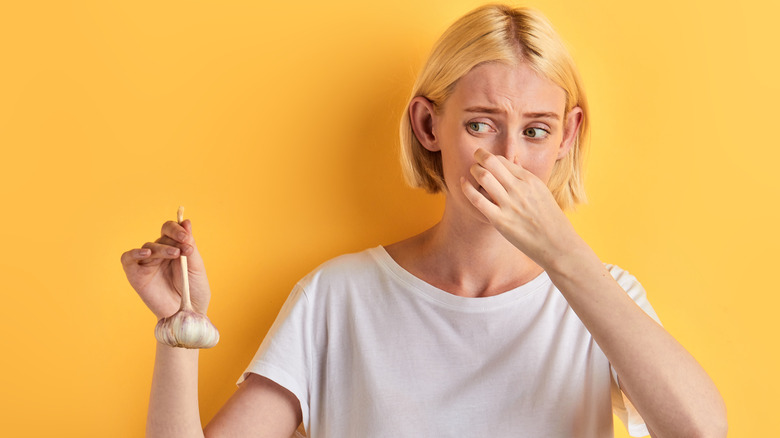 While TikTokers are claiming that garlic is a miracle for breathing through sinuses, there may be reasons you should be cautious to stuff garlic cloves into your nostrils.

One TikToker put garlic in her nose after a friend sent her a video from the app, and it wasn’t as pleasant as she’d have liked. “I had to cut the ends off, so I did that, and yeah I put it in my nose for about eight minutes. It didn’t go well really,” she explained (via Today). The user said the video she saw was short and didn’t have clear instructions, but she hoped it would work. “I still can’t breathe and now it smells like garlic.”

According to Dr. Jay Youngerman, garlic doesn’t actually help relieve stuffiness. “Anytime you block the opening of the nose, it’s going to fill with mucus,” he told Today. Instead of the garlic possessing de-sinusing properties, it can simply make your nose run because it’s blocking your air passageways. “What they’re trying to do is use the odorants from the garlic itself to cause a vasoconstrictive effect, which causes the nasal mucosa to decongest and which may open up the nasal passages,” Dr. Anthony Del Signore, director of rhinology and endoscopic skull bases surgery at Mount Sinai Union Square in New York, told Today.

Some TikTok users suggested blowing your nose after using the garlic, saying that failing to do so is why this trick didn’t work for some. Whether it works or not, doctors don’t seem to believe that garlic itself is responsible for clearing passageways, so take this trick with a grain of salt.