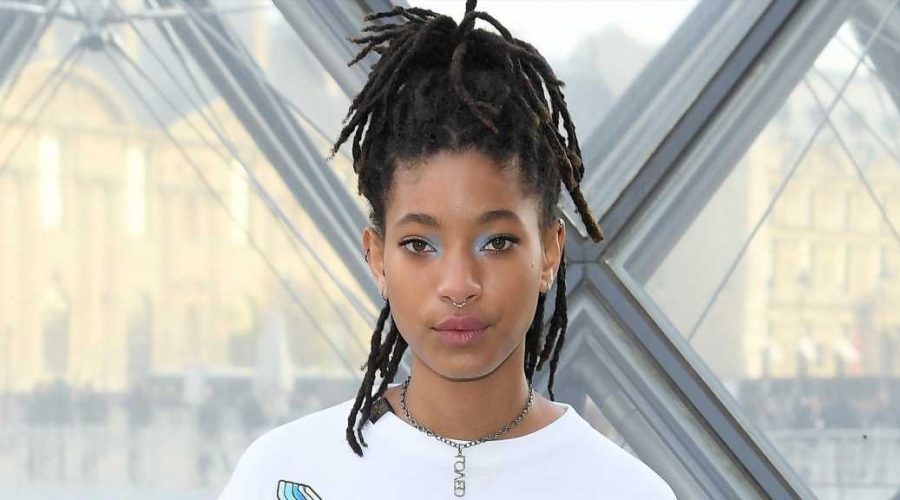 When your parents are bankable Hollywood stars, the pressure to start making your own mark (specifically in the form of a growing number on the balance line of your bank account) has to be intense. Willow Smith has clearly risen to that challenge. Sure, she still has a ways to go to catch up to her parents in the finance department, but considering Will Smith’s net worth is estimated to be around $350 million, there’s truly no shame in that. Before we get to just how much Willow is worth, let’s do a little refresher on her many income streams.

She made a *LOT* from her debut single, “Whip My Hair”

Back in 2010, when she was just nine years old, Willow made her debut as an entertainer with her memorable hit, “Whip My Hair.” The song peaked at 11 on the Billboard Hot 100 and earned her a contract with Jay-Z’s Roc Nation (which made her the youngest artist to ever sign with the label, NBD). Some reports suggested she made as much as $4 million from the track by 2011.

Although Willow says she used to regret the “Whip My Hair” phase of her career, now she’s come to fully embrace it.

“I realized that the content in my songs has always been centered around self-love and the universe and our humanity’s divine path, about expressing oneself and being unapologetic,” she explained in a 2021 interview with L’Officiel magazine. “I listened to ‘Whip My Hair’ not too long ago, after many years, and realized that it’s the same message. I’m not saying anything that’s against my values, and on top of that, I’m saying things that are in harmony with my values. I kind of just had a huge aha and was like, ‘Yo, don’t condemn this side of your life because it gave you a foundation and a platform and a fan base of so many loving individuals who have been by my side through this whole crazy, topsy-turvy journey that I’ve had. Now, I would never take it back.”

And she’s been steadily releasing music since then.

Willow might be forever remembered by some fans for “Whip My Hair,” but her music career has been thriving in the decade and change since it was released. Her debut album, Ardipithecus, was released in December 2015, and she’s followed it up with three more albums—The 1st (2017), Willow (2019), and Lately I Feel Everything (2021).

She’s also followed in her parents’ footsteps with acting roles.

In addition to her music career, Willow has dabbled in the family biz with some acting gigs, although most of these were a while ago (some highlights include a small part in her dad’s 2007 hit I Am Legend and a voiceover role in Madagascar: Escape 2 Africa). Her most recent mainstream acting credit is a 2018 episode of Adventure Time, in which she voiced Beth the Pup Princess.

And then there’s Red Table Talk.

Outside of music and acting, Willow puts in a major hustle as a cohost on her mom, Jada Pinkett Smith’s talk show, Red Table Talk. There’s no word on how much Willow makes from the series, which expanded this summer with an overall deal with iHeartMedia to launch a Red Table Talk Audio Network, but we have to assume it’s dece, considering the show is reportedly Facebook Watch’s most popular original series.

So, what’s her net worth?

When you total up her earnings from her many, many passions and projects, Willow’s net worth comes to about $6 million, according to Celebrity Net Worth. Not. Too. Bad.