Jane Fonda released her iconic workout album 40 years ago with songs from artists such as REO Speedwagon, Jimmy Buffett, The Jacksons and Quincy Jones. The 85-year-old revealed she had no idea the record would become as big as it did and joked she couldn’t keep up with the music today due to her age.

Speaking about how the record started, Jane revealed after taking a class with Leni Carzden, she contacted musicians asking them to give her some songs for the workout.

Jane said: They all agreed to it, they didn’t think it was going to be anything and they didn’t even ask for a percentage or anything like that!”

Host Jimmy showed the record to the audience at home before joking she had invented the very first gym playlist.

He asked: “What is the exercise playlist you have today?” 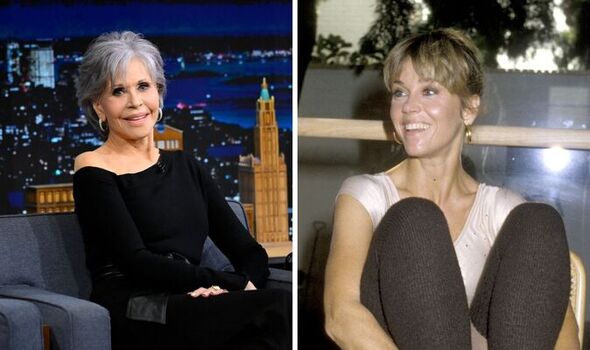 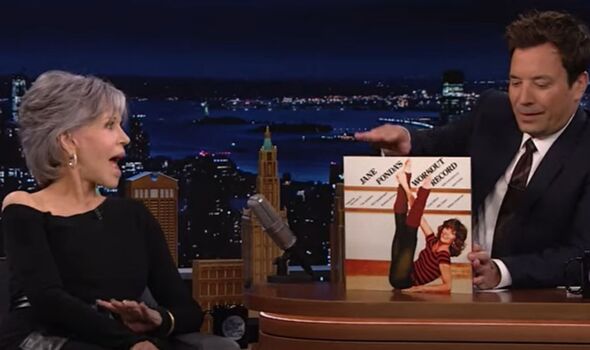 Jane exclaimed: “Oh honey, there’s no song slow enough for me to do a workout to.

After revealing her age the audience erupted into applause as Jimmy remarked: “Wow, almost 85? You look so good.”

The host later asked Jane to speak a bit more about her current project, The Jane Fonda Climate PAC. 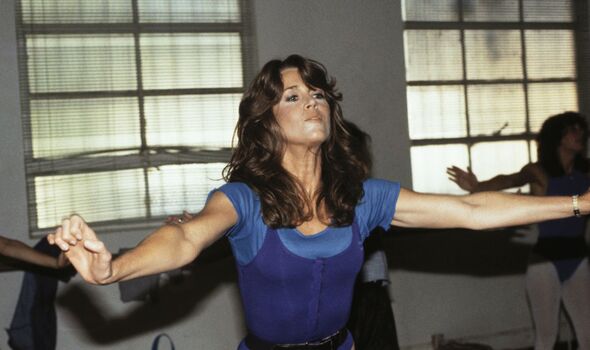 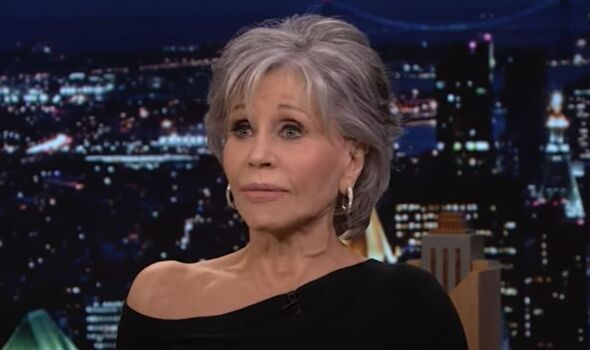 Telling viewers at home more about her initiative, she said: “Well, you’ve got to have the rallies and we’re going to do in-person rallies again.

“What I’ve learned, what we’ve all learned is that it’s not enough!

“We’ll replace them with climate champions who really will work for the people and not for big corporations, that’s what the Jane Fonda Climate PAC does.”

Jimmy agreed: “I think we all want this. I love that you’re doing this!”

Although Jane is involved in activist work, she’s mainly known for being an actress and starring in Netflix’s Grace and Frankie, Barbarella, Monster in Law and 9 to 5.

The 85-year-old is continuing her acting career and spoke about her upcoming comedy film called 80 for Brady with Rita Moreno, Lily Tomlin and Sally Field.

Jane said: “It’s a party true story, about four women in their 80s who have a real thing for Tom Brady for all kinds of reasons.”

We have adventures! We go to the famous game in Houston where they were down, way way down and they came back.”

Jane left Jimmy blushing after revealing her character writes sex novels about football which resulted in her getting to meet the legendary player Rob Gronkowski.

Jimmy asked the 85-year-old to come back when the film has been released, which is set to be sometime in 2023.

19/07/2022 Uncategorized Comments Off on ‘You can’t move fast’ Jane Fonda, 85, opens up on struggles of keeping fit
Lifestyle