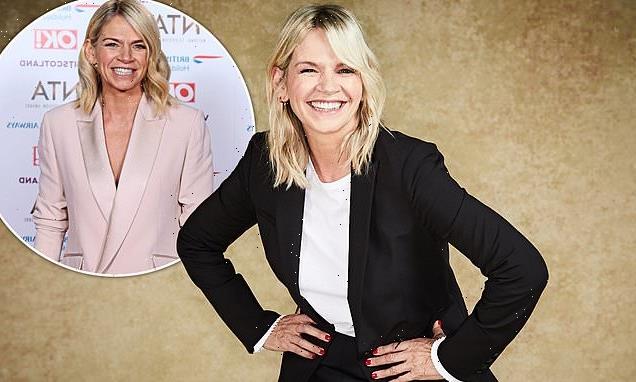 ‘You’re only one sentence away from being cancelled’: Zoe Ball admits she fears public backlash while hosting BBC Radio 2 show but insists she’ll stay for as long as she’s happy

Zoe Ball fears she’s ‘only one sentence away from being cancelled’ from her job at BBC Radio 2.

The broadcaster, 51, is the first female host of the station’s breakfast show, fronting the programme since 2019.

And, while she insists she’ll stay in the job for ‘as long as I’m happy’, she’s mindful she’s not invincible when it comes to remaining on the airwaves in the eyes of the public. 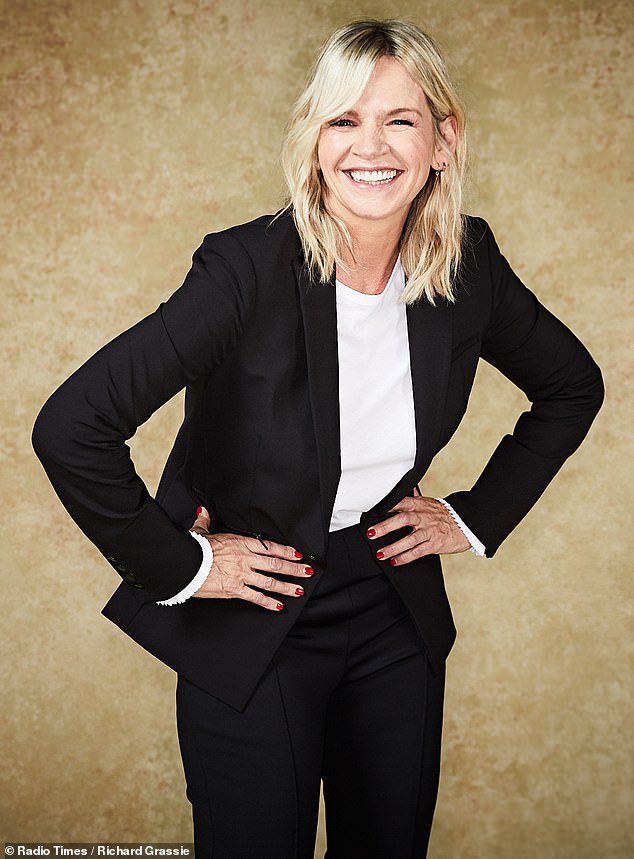 On edge: Zoe Ball fears she’s ‘only one sentence away from being cancelled’ from her job at BBC Radio 2

She told the new issue of the Radio Times: ‘I’m not going anywhere yet that I know of.

‘You’re only one sentence away from being cancelled, of course. That’s what I always say to Greg James: “I’ve not been cancelled today.” So I’m there at the moment, fingers crossed.

‘It’s such a great job and I always feel like I will do a job for as long as I’m happy.’ 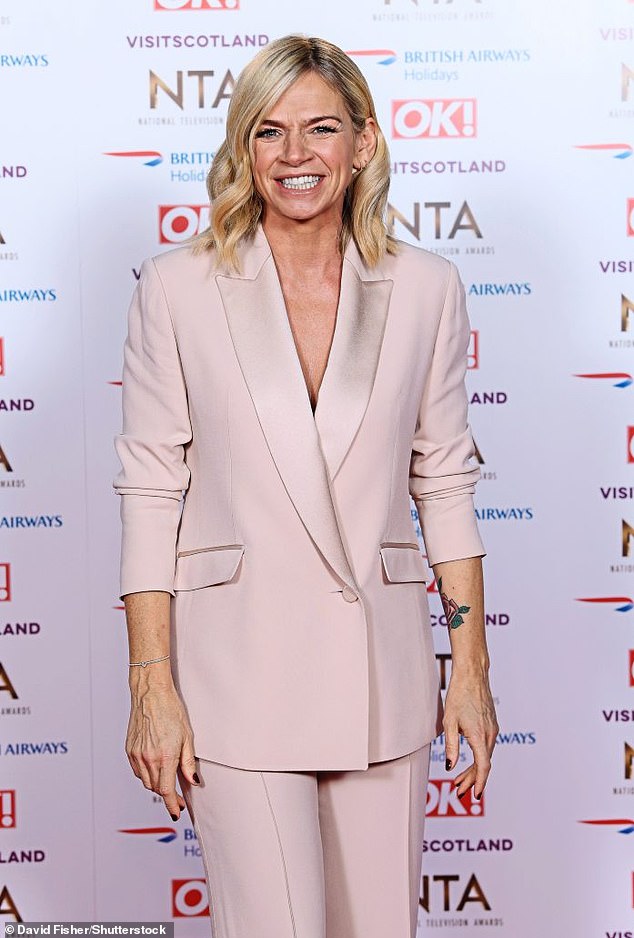 Pioneering: The broadcaster, 51, is the first female host of the station’s breakfast show, fronting the programme since 2019 (pictured in January 2019)

The star went on the note a number of her colleagues had left the station recently – Steve Wright signed of from his afternoon show after 23 years last month, Scott Mills moved from BBC Radio 1 to Radio 2 to take over Steve’s show, and Zoe took over in the breakfast slot from Chris Evens in 2019.

‘I guess things come in cycles. It’s like everything — people want to do stuff differently,’ she said. I love Steve Wright — he has really looked after me; he’s like a godfather, such a gorgeous man — but maybe he wants to do different things.’

It comes after the son of Zoe and and her ex-husband Fatboy Slim revealed his parents told him he was ‘living in fantasy land’ when he launched his music career after becoming a lockdown raver. 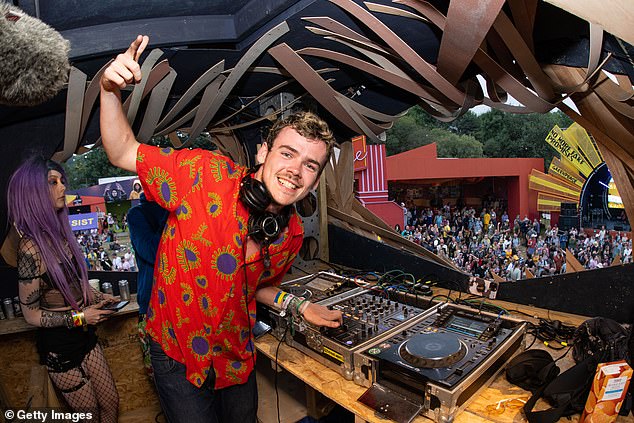 Unconvinced? It comes after the son of Zoe and and her ex Fatboy Slim, Woody Woodcock revealed his parents told him he was ‘living in fantasy land’ when he launched his music career (Woody pictured in June) 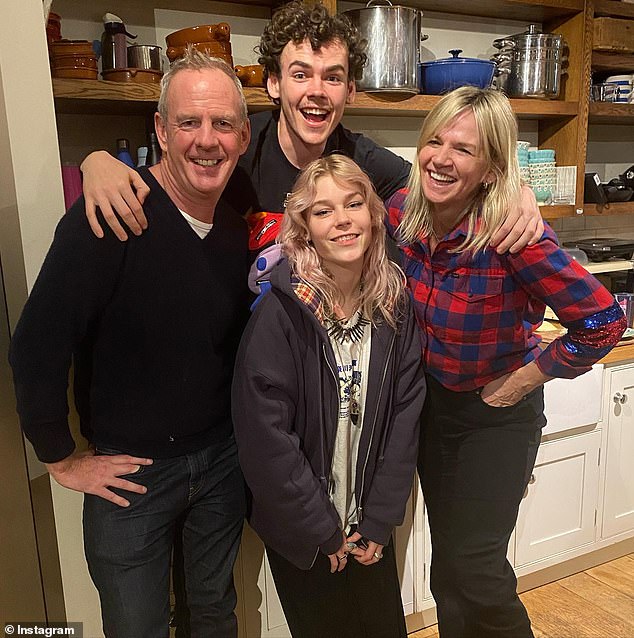 Family affair: Speaking of the influence his mum and dad had on him, Woody said: ‘The best gift they have given me is the way they raised me. Give a little love and it all comes back to you’ (Fatboy Slim, real name Norman Cook, Woody and Zoe pictured with Woody’s sister Nelly in December) 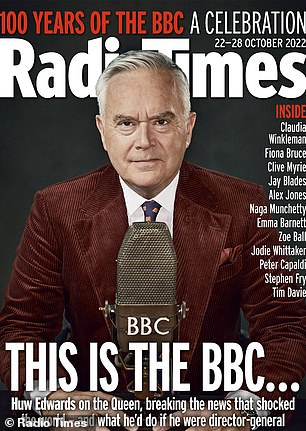 Zoe spoke to the special BBC centenary celebration issue of the Radio Times, out now.

Woody Cook, 21, decided to follow in his DJ father’s footsteps after playing impromptu sets at his halls of residence at Bristol University during the height of the Covid pandemic.

After spending his teenage years partying, the youngster said his celebrity parents were doubtful he was serious about his plans.

But he said the response from his TV presenter mother and music legend father ‘spurred him on’ and led him to take their long-standing advice to learn ‘to stand on my own two feet’.

Woody told MailOnline: ‘They were hesitant about my plans. I don’t think they believed in me. I think that’s the job of good parents, not to believe so that you can prove them wrong.

‘If they did believe in me and I wasn’t working very hard then they’re not doing the right thing. They really spurred me on.

‘It has been a beautiful moment to be able to leave the nest and stand on my own two feet.’

Zoe spoke to the special BBC centenary celebration issue of the Radio Times, out now. 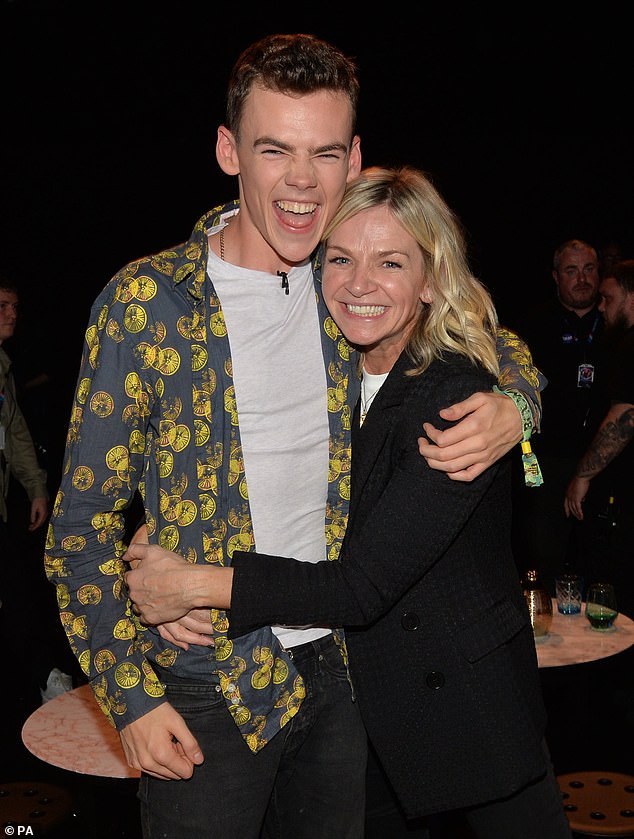 Happy: Woody says the best gift his parents Zoe and his dad Fatboy Slim gave Woody was the way they raised him and the lessons they taught him (pictured in October 2019)