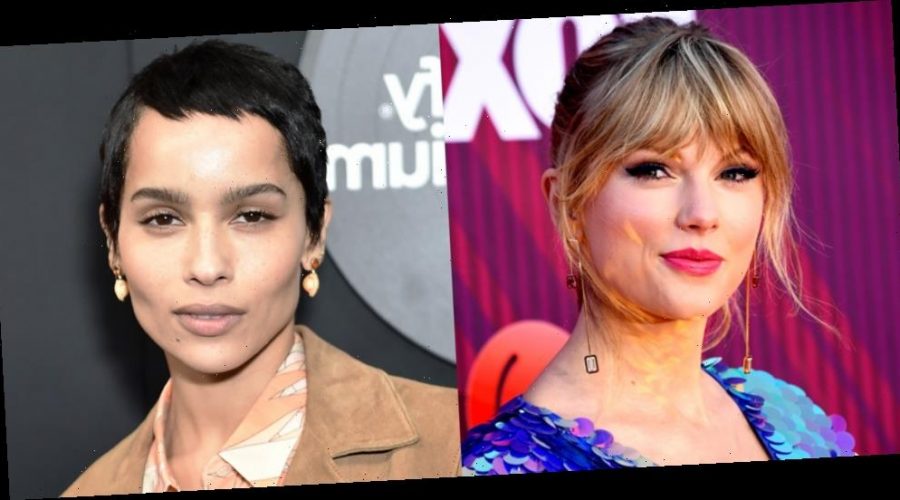 It seems we all missed a huge detail from a Zoe Kravitz feature from the New York Times magazine back in December of 2020.

If you don’ know, the 32-year-old star was named to the New York Times magazine’s “Great Performers” edition at the end of last year.

The mag’s editor-in-chief Jake Silverstein spoke out about the virtual photo shoot they did with Zoe, photographed by Christopher Anderson. The shoot was virtual, and Christopher was miles and miles away in Paris, France, so he needed help with camera angles by someone in person. So who helped? None other than Taylor Swift!

Jake revealed that Taylor was actually in Zoe‘s “Coronavirus pod” and helped with the shoot. If you don’t know, a “COVID-19 pod” is a group of people who agree to see only each other as to attempt to keep the spread of the virus low.

“Zoë was being very strict about [Coronavirus guidelines] anyway because she’s shooting a movie,” Jake told WWD. “And Taylor Swift was in her pod and willing to assist.”

No other details about the pod – including which other celebs were included – were released at this time. But it looks like Taylor could have been credited as the assistant photographer for that shoot!

At the very beginning of this year, Zoe had some huge personal news come to light.

15/02/2021 Celebrities Comments Off on Zoe Kravitz & Taylor Swift Were In a COVID-19 Pod Together – Here’s How We Know!
Lifestyle