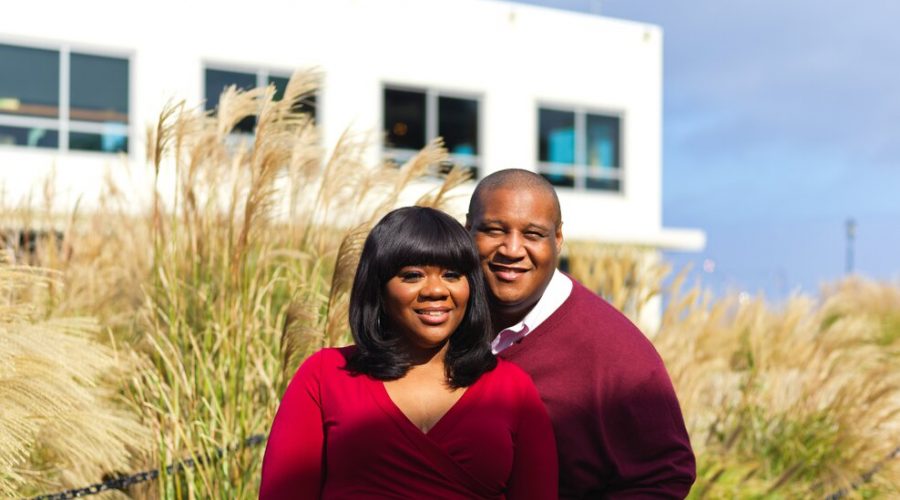 For his first date with Anessah Taheerah Cabiness, in January 2019, Robert Eugene Williams III picked a scenic restaurant in Edgewater, N.J., on the bank of the Hudson River. Ms. Cabiness and Mr. Williams had been texting since matching on the dating app Bumble about a week and a half earlier, and Mr. Williams was looking forward to meeting her in person and taking in the view of Manhattan together. The weather, however, had different plans.

“It was a very, very rainy day,” said Mr. Williams, 41. “When she came in she was somewhat drenched, but still pretty and looking very nice.”

The dreary day faded into the background as Mr. Williams and Ms. Cabiness began talking, and quickly discovered how much they had in common. They both grew up in similar communities, and even had family members who lived in the same area.

“The first date was great,” said Ms. Cabiness, 41. “He was very sweet, he was very gentleman-like, and we had great conversation.”

They both knew that they wanted to see each other again, even though their schedules were not always a perfect match. Ms. Cabiness works during the day, Monday through Friday, as a school speech specialist at Memorial High School in West New York, N.J., and Mr. Williams works evenings and weekends as a news editor at The New York Post. Still, they managed to find time to go on dates a few times a week, and began to learn about each other’s quirks, like how Ms. Cabiness puts Reese’s Pieces in her movie popcorn.

“Which actually turns out pretty tasty,” Mr. Williams said with a laugh.

Before long their relationship was getting serious, and in May 2019, while eating dinner together, Ms. Cabiness asked Mr. Williams if he was ready for them to exclusively date one another. Mr. Williams, who had already started picturing the rest of his life with Ms. Cabiness by his side, happily agreed.

As their six-month anniversary approached, Mr. Williams started planning a surprise trip to Manhattan. On their first day in the city, they watched the live-action movie version of “The Lion King,” which opened in theaters that weekend. Ms. Cabiness, a self-described “Disney fanatic,” was already impressed with the trip when Mr. Williams told her there was still one more surprise left. After they finished dinner, they headed to the Minskoff Theater, where Mr. Williams had tickets for them to see “The Lion King” on Broadway. After the show, they spent the evening at the Penn Club.

“It was a wonderful, wonderful evening,” Ms. Cabiness said.

In June 2020, Mr. Williams enlisted his sisters and two female friends to help him design a princess-cut engagement ring, and in August 2020 he took Ms. Cabiness on a walk along the waterfront in Edgewater. One of his friends and her son, who is Mr. Williams’s godson, pretended they happened to be in the area, and started filming when Mr. Williams got down on one knee and asked Ms. Cabiness to marry him.

“He inspires me and he motivates me so much,” said Ms. Cabiness, who plans to take her husband’s name. “He’s literally my best friend.”

The couple had initially planned to marry Feb. 14 at the Riverside Church in Manhattan, where Mr. Williams is a member, but rescheduled their wedding because of the pandemic. They were married on Jan. 29 in a civil ceremony at the Bergen County Clerk’s Office in Hackensack, N.J., in front of four family members. Jorge Meneses, a former mayor of Hackensack, N.J., officiated.

“She’s very compassionate, she’s very caring, she’s very down-to-earth,” Mr. Williams said about Ms. Cabiness. “When we’re together, we can just let our hair down and enjoy each other’s company and have a good time. There’s a lot to love about her.”

19/02/2021 Fashion Comments Off on A Perfect Match, Just Like Reese’s Pieces and Popcorn
Lifestyle