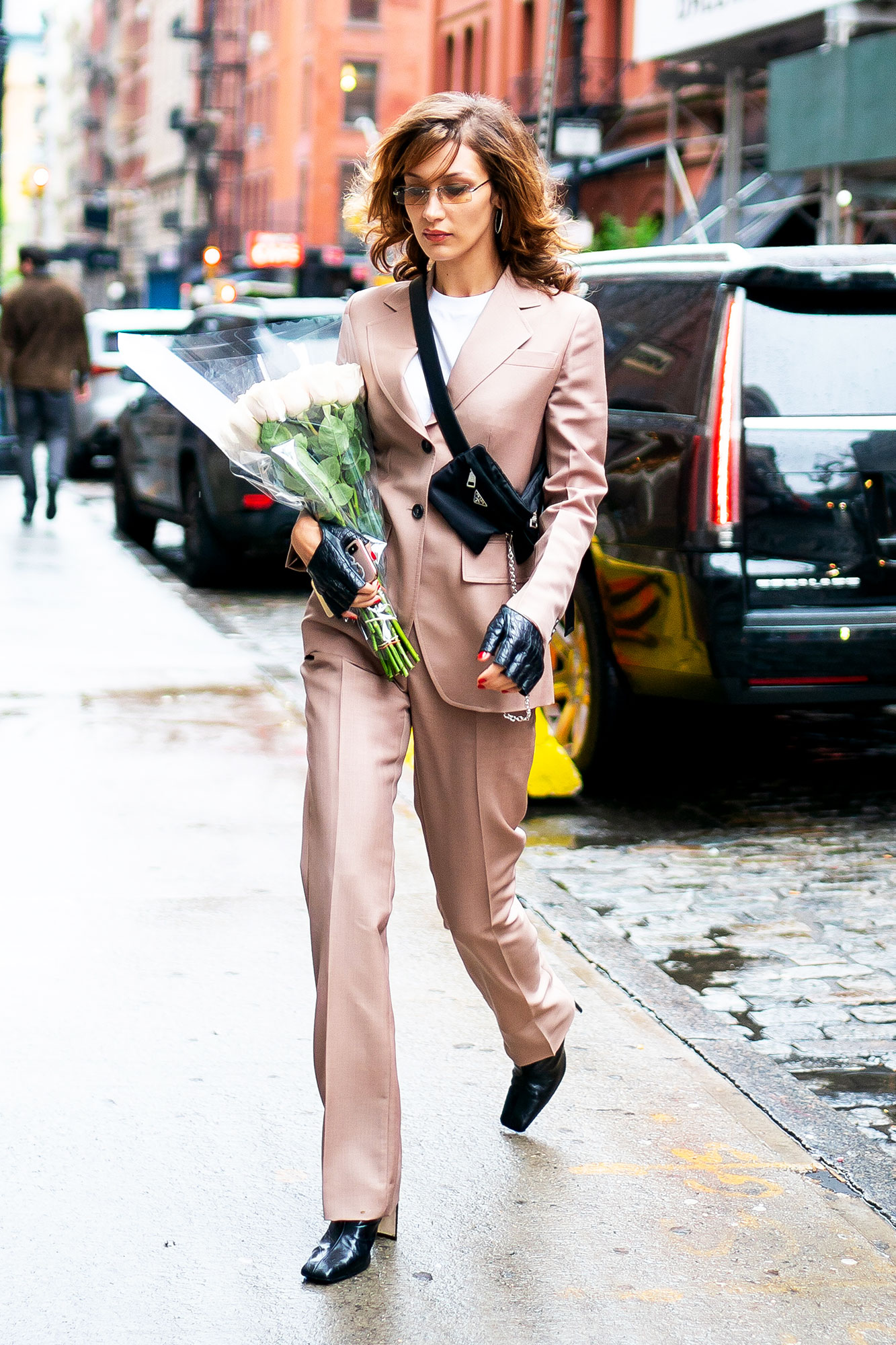 A-listers flocked to New York City over the weekend, gearing up for the 2019 Met Gala, which means killer celebrity street style. Bella Hadid proved once again that she’s the best of the best, making a few stops on Sunday afternoon in a business chic look that she accessorized expertly.

On May 5, the younger Hadid sister dropped by the Carine Roitfeld perfume pop-up in SoHo wearing a blush-colored suit. The flawlessly tailored cut appeared clean and classic with a white t-shirt worn underneath the buttoned-up jacket.

And the 22-year-old model who typically opts for darker, cooler and more fashion-forward ensembles, accentuated this soft look with some seriously edgy accessories. 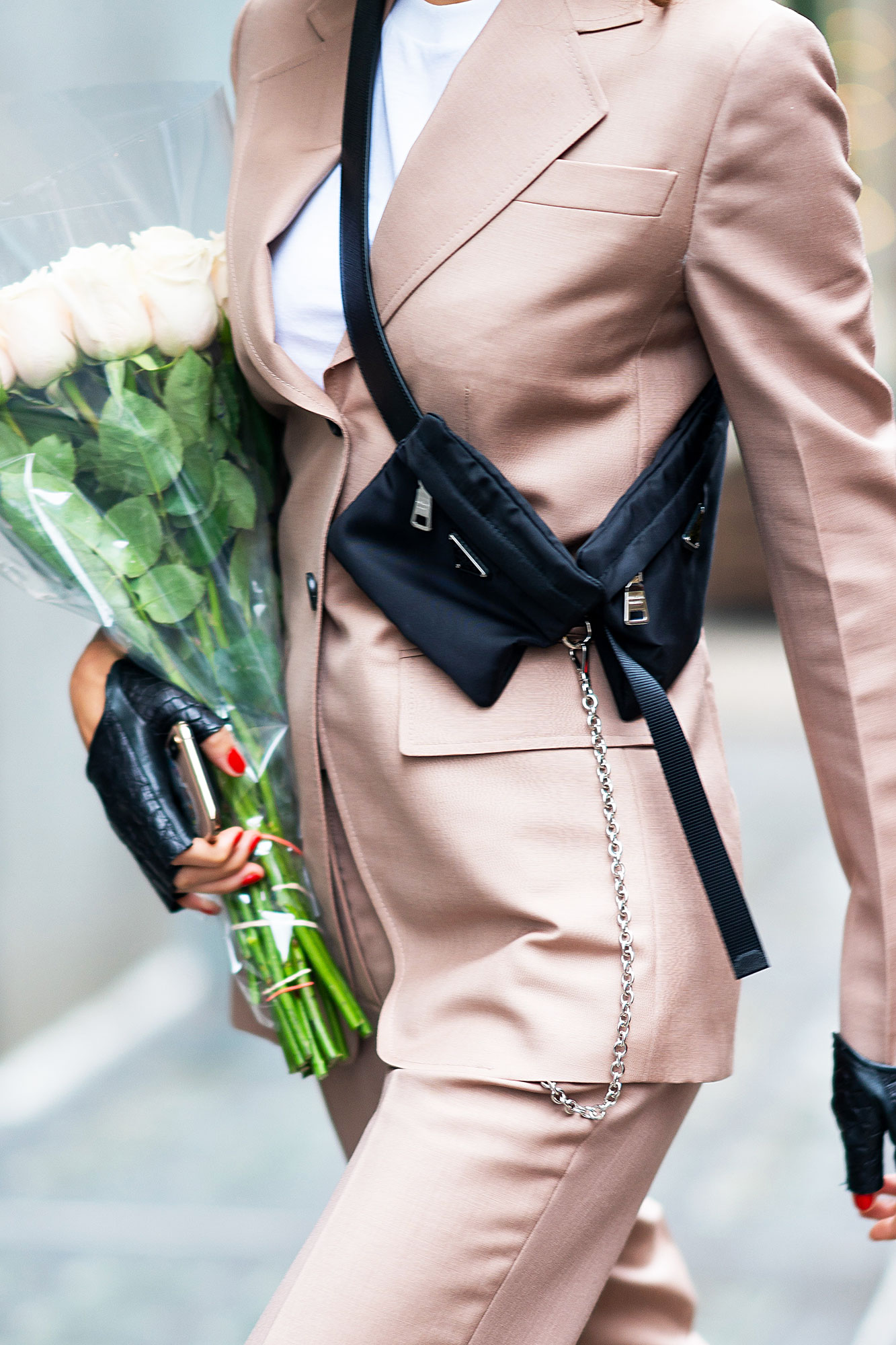 Her black square-toed heeled boots popped against the light-colored pants.Then to add another pop of fashion whimsy, she wore a fanny pack chained to her belt-loop to sit like a satchel across her chest. But the piece de resistance had to be the leather fingerless gloves, which showed her red-painted nails.

She also wore her signature small-frame sunglasses, Sunday’s pair a rectangular skinny set with see-through yellow lenses. After all, what is
a Bella look without them?

It was all of these added details that turned an otherwise simple, beautiful spring suit into an enviable model-off-duty outfit.

The model was one of the first to catch a sneak peek at the French editor’s fragrance line, which launched on Monday, May 6. To celebrate the collection, Roitfeld opened an experimental popup shop located at 158 Mercer Street. The first 200 customers to visit will receive a complimentary limited-edition Yeezy t-shirts .

Hadid is expected to attend tonight’s Met Gala, which is themed “Camp: Notes in Fashion.” And with this edgy outfit at a pre-game style, we can now only imagine how cool she’ll look at the Super Bowl of fashion.