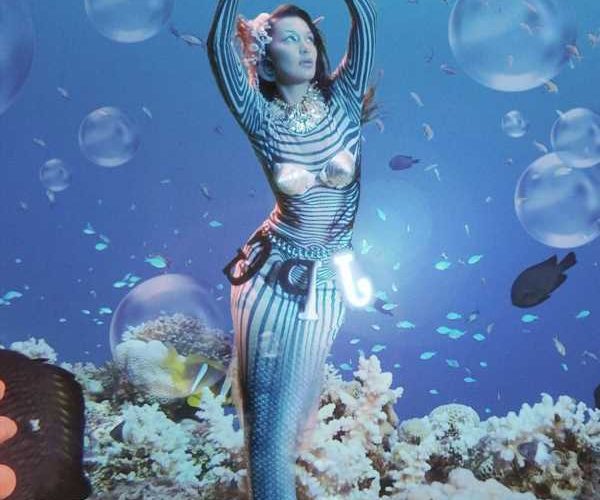 Head back to the era when shows were truly spectacles. 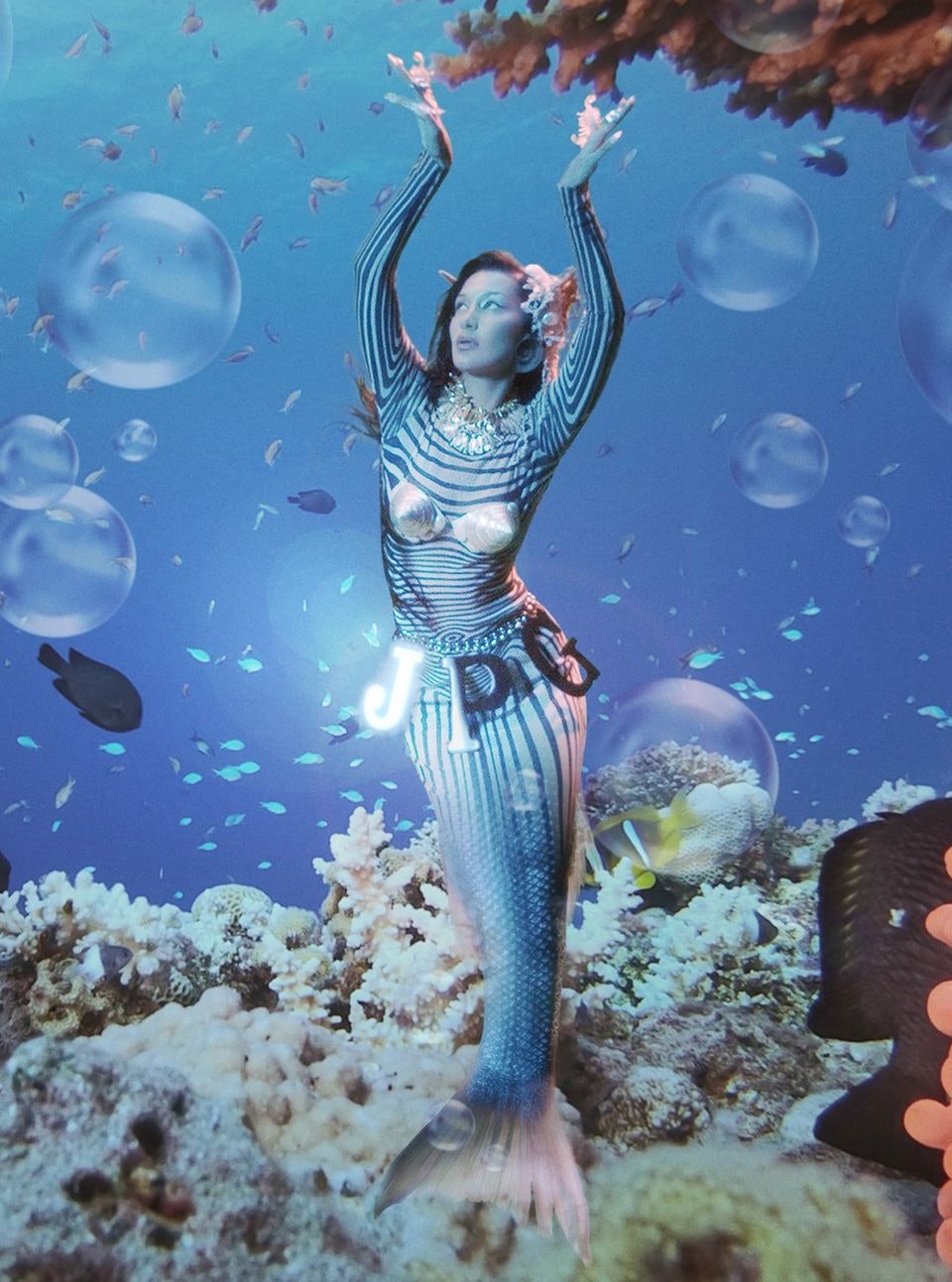 We knew we hadn’t seen the last of Jean Paul Gaultier when he staged his final couture extravaganza last year, half a century into his storied career. At that point, he was six years into his retirement from ready-to-wear and menswear—commitments that had him designing up to 18 collections per year. And these weren’t just any collections; the 69-year-old designer never ceased to live up to his reputation as fashion’s resident enfant terrible. It stretches back to the ‘80s, when he first started “projecting women’s breasts as missile launchers,” as the critic Cathy Horyn once put it, and dressing men in skirts. (All while showcasing his respect and talent for the craft of the métier.)

And yet, Gaultier still managed to present his designs in a manner emblematic of a time when shows were truly spectacles. When Gaultier chooses a theme, he sticks to it—to the point that his shows regularly clocked in at 45 minutes. (Among his various antics: serving vodka and caviar at a U.S.S.R.-themed couture show, casting everyone and everything from Conchita Wurst to mannequins, and encouraging runway models to smoke clove cigarettes.) And while the pandemic prevented him from going all-out on the runway as usual for Friday’s surprise return to ready-to-wear—this time, with the help of five up-and-coming labels and designers—Gaultier still managed to make it work. Revisit his greatest hits alongside his latest, here.

Forget Breton stripes—Bella Hadid, who boasts a vast knowledge of the JPG archives, stars as a mermaid in Gaultier’s latest maritime riff, this time in video form. Nicola Lecourt Mansion, Ottolinger, Marvin M’Toumo, Alan Crocetti, and Palomo Spain offered up their own, unisex takes on signatures like the cone bra alongside six new variations of the classic sailor shirt. Get ready to see them everywhere (and especially on the Kardashian-Jenners).

Gaultier’s 1992 runway benefit for amFAR was a showcase if there ever was one for his dedication to reinventing the idea of women—and men—as sex objects. At the same time, it also raised $700,000 for AIDS research, thanks in no small part to its wide-ranging cast of celebrities. There was Dr. Ruth in a rubber nurse uniform and Faye Dunaway in yellow feathered thigh-highs. There was Billy Idol mooning the audience. And, most famously, there was Madonna, who made the last-minute decision to hit the runway topless.

Decades after introducing the Madonna-beloved cone bra, Gaultier experimented with a new type of cone—the plastic kind usually seen wrapped around a dog’s (and, in this case, the model Lily Cole‘s) head.

Björk’s runway appearances are all too rare, but Gaultier booked her for his fall/winter 1994 RTW show all the same. The same year that she released her debut album, Björk joined the usual suspects—Linda Evangelista, Naomi Campbell, and Kate Moss among them, plus Portia de Rossi—on the fake snow-covered runway. (The moment was fortunately preserved in the 1994 film Prêt-à-Porter.)

Leave it to Gaultier to attempt to encompass an entire century of fashion in a single collection which he titled “Fin de Siècle.” Of course, he did that and more, enlisting Madonna to push a puppy in an antique pram down the runway for the show’s finale. According to Vogue, he stuck around afterward and “bizarrely gave interviews from a velvet box.”

Like so many Gaultier moments, the legacy of spring/summer 1997 is rooted in undergarments. Its “business in the front, party in the back” theme culminated with the show’s grand finale, when the final, apparently fully clothed couture bride turned around to offer her bouquet to the crowd—or at least a glimpse of it. As her backless gown readily showcased, it was attached to her G string.

On the one hand, spring/summer 2007 couture stands out because it marked a rare occasion when Gaultier’s references to religious iconography managed not to offend. And on the other, it stands out for being simply stunning (though definitely still camp). Hand-painted blood red tears dotted several models’ faces, many of whom were painted white and topped off with halos. They could have been statues, Madonnas, or visiting saints. Of course, when it came to the collection’s title, Gaultier went with the cheekiest option: “Virgins.”

Five years after she was discovered at an Irish dance competition, a then 18-year-old Coco Rocha took her skills to Gaultier’s fall/winter 2007 RTW runway. Wearing a tartan kilt, she opened the show by enthusiastically performing a bit of the Irish jig. It was Rocha’s breakthrough, but discovering Rocha appears to have been something of a milestone for the designer, too. Gaultier has repeatedly invited Rocha back to his runways, along with her daughter, who made her runway debut at Gaultier’s spring/summer 2018 couture show at the age of two.

Gaultier has never lacked enthusiasm for supermodels, but he’s also stayed true to street casting and exploring the options beyond traditional runway models (or, as his website puts it, “skinny Swedish blondes”). None of his casting decisions seem to have delighted him more than the musician Beth Ditto, who walked his spring/summer 2011 show in a laser-cut dress, singing a capella. Rather than take a bow, Gaultier burst onto the runway in full fanboy mode, applauding Ditto and wearing a Gossip t-shirt.

Gaultier’s spring/summer 2013 couture show played host to a special guest: a high-fashion take on The Nutcracker’s Mother Ginger, who turned out to have four adorable children hiding under her gigantic hoop skirt.

The reign of Judge Rossy

Gaultier was never going to leave couture behind quietly. It was camp from the moment Issa Lish hit the runway in a coffin, kicking off an hour-long parade of a whopping 230 looks. The crowd was a testament to Gaultier’s industrywide popularity—standouts included his former intern Nicolas Ghesquìere and late mentor Pierre Cardin, who died later that year at age 98.

This article was originally published on 01.23.20