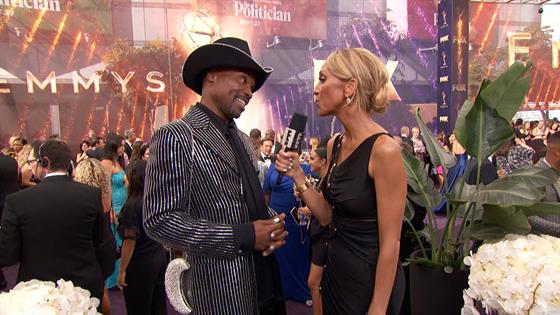 Billy Porter knows how to shine bright on a red carpet.

The Pose actor proved this to be true while attending the 2019 Emmys on Sunday evening. As Porter told E! News’ own Giuliana Rancic, he chose to wear a Michael Kors Couture pinstriped suit, a larger-than-life Stephen Jones hat and Rick Owen platforms for the 71st Primetime Emmy Awards.

Like many other custom looks that graced the red carpet, this stunning ensemble did not happen overnight. In fact, as Michael Kors told The Hollywood Reporter, the outfit “took over 170 hours to hand embroider.”

Why? Well, the pinstriped number featured over 130,00 crystals. Specifically, Porter’s jacket required 51,510 mini crystals and 79,200 mini crystals for the pants.

Despite the lengthy design process, it sounds like the collaboration was an enjoyable experience for both Porter and Kors.

“Billy has a lot of life, so fittings were filled with laughs,” Kors added to THR. “Billy’s proven that there are no more gender rules on the red carpet, or otherwise. He wears what he loves and looks fabulous doing it.”

Apparently, Porter and his team reached out to Kors after seeing the designer’s Studio 54 inspired show last year.

The bling didn’t stop at the stunning suit as Billy’s Judith Leiber clutch shined with encrusted crystals and his Stephen Jones hat was covered with chain crystals. Porter’s blinged-out nails came to fruition thanks to CND Nails.

As for accessories? Porter continued to shine bright thanks to jewelry from Oscar Heyman. 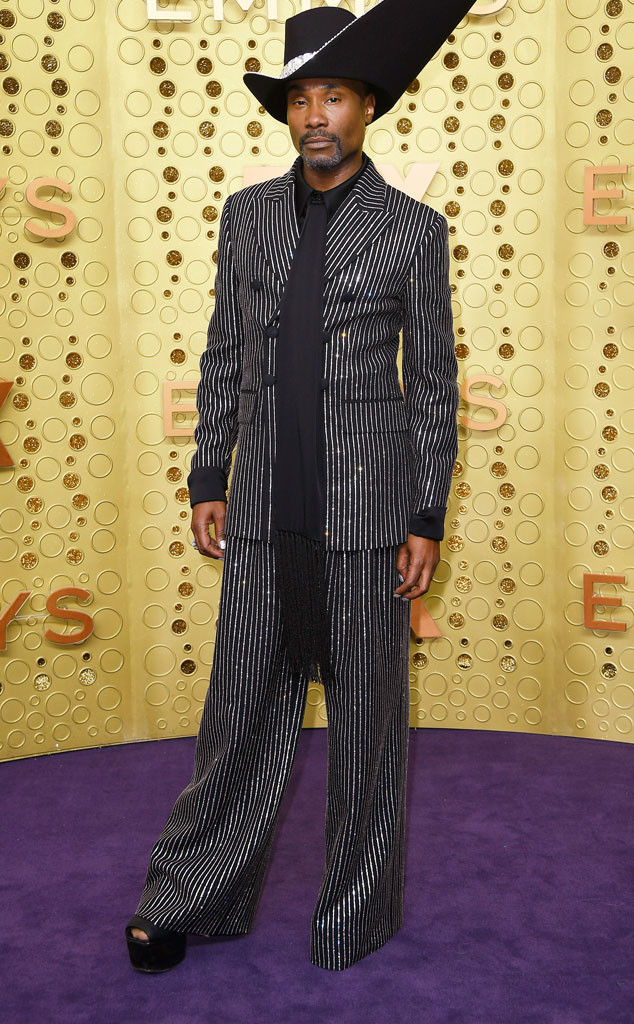 It’s said that the 50-year-old actor donned a $35,000 gardenia ring with 2.48 carats of white diamonds and .93 carats of yellow diamonds. He also rocked $20,000 checkerboard diamond cufflinks—which consisted of two carats worth of baguette-shaped diamonds set in platinum.

We think it’s safe to say that Porter’s officially a fashion icon. Be sure to tell us your thoughts about Porter’s look!