A BRIDE-TO-BE has banned the Champions League football match from being streamed at her wedding, asking guests to "please respect" that the special day is about them.

The match will see Liverpool go head-to-head with Tottenham on June 1 – which unfortunately falls on the big day. 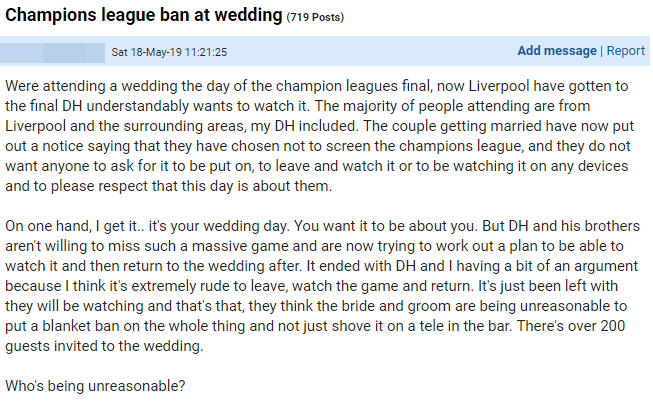 One guest took to Mumsnet for advice after her husband – who is also attending – had been trying to hatch a plan to leave the wedding to watch the match, before returning to continue celebrations.

"We're attending a wedding the day of the champion leagues final, now Liverpool have gotten to the final DH understandably wants to watch it," the woman explained.

"The majority of people attending are from Liverpool and the surrounding areas, my DH included.

"The couple getting married have now put out a notice saying that they have chosen not to screen the champions league, and they do not want anyone to ask for it to be put on, to leave and watch it or to be watching it on any devices and to please respect that this day is about them. 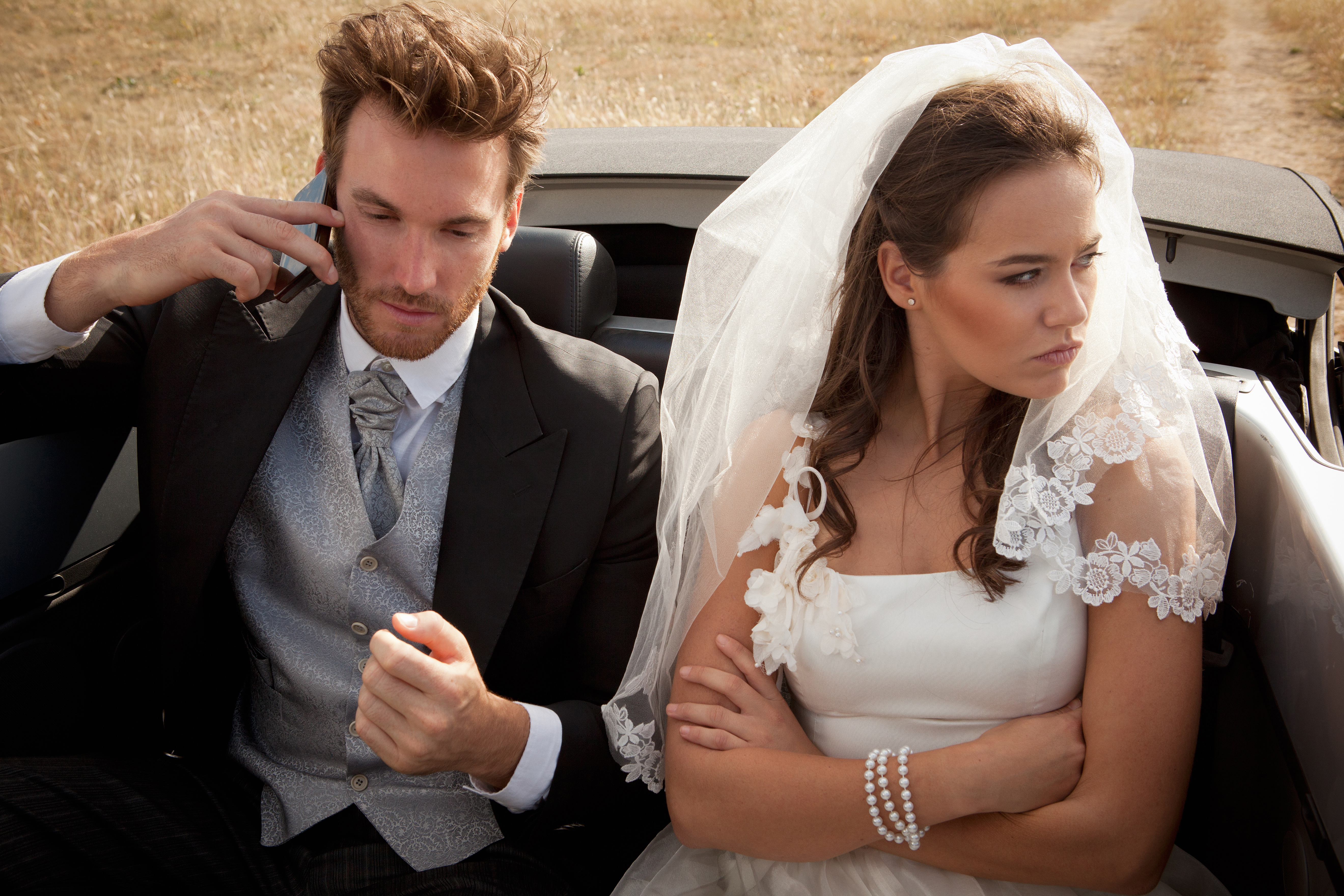 "On one hand, I get it… it's your wedding day. You want it to be about you.

"But DH and his brothers aren't willing to miss such a massive game and are now trying to work out a plan to be able to watch it and then return to the wedding after.

"It ended with DH and I having a bit of an argument because I think it's extremely rude to leave, watch the game and return.

"It's just been left with they will be watching and that's that, they think the bride and groom are being unreasonable to put a blanket ban on the whole thing and not just shove it on a telly in the bar.

"There's over 200 guests invited to the wedding.

And the post has sparked a huge debate online, with users divided on the issue.

Several took the opinion that the guests were being unreasonable, asking whether they could simply record the match and watch it later.

One wrote: "I can’t imagine how anyone could be so rude as to leave a wedding to watch a football match then return, or to watch it on an iPad or whatever while there.

"Your husband could record the match and watch it later. If he refuses to do that I think he should skip the wedding altogether, but in your shoes I would let him know what I thought of a man who considered watching a football match to be more important than people he presumably cares about."

Another said: "I think your DH and his brothers are totally unreasonable. It’s a football game.

"The bride and groom are obviously not wanting half their guests disappearing in the middle of their wedding, a day they will have been planning for months, to watch a football game.

"I actually feel for them that they are worried enough about it that they’ve had to send the message to preempt."

Others took the stance that the bride and groom were being "selfish" with one person saying they would put a screen up for everyone to watch.

"I'm not into football at all, but I can at least be open minded enough to realise that for some people, this is a really big deal.

"With that in mind, I think it's incredibly selfish of the bride and groom to put a total ban on the match.

"Why would you want your wedding to be about the day you make loads of your guests miss out on something important to them?"

Many agreed that the match is "only 90 minutes" and that the couple are probably "fighting a losing battle".

"I don't think there is anything the bride/groom can do," said one.

"If people want to watch it they will."

Another recalled their own personal experience, explaining they had attended a wedding during the World Cup.

"When the daughter of friends of ours got married it was on a World Cup date when England was playing. They had a screen up in the bar. Some people watched it and others didn't.

"I think it would have been better for the bride and groom to accommodate this, especially if so many of their guests are die-hard Liverpool fans. Heaven help the reception if Liverpool don't win."

What would you do?

Earlier this week, we told you about the woman who revealed her engagement ring is made from her children’s umbilical cord, breast milk and bits of HAIR.

We also revealed one mum transforms her dingy kitchen by spending just £60 on paint and a stick-on worktop.

And we showed you the mother of the bride who sparked fury after wearing a white lace gown to her daughter’s big day.