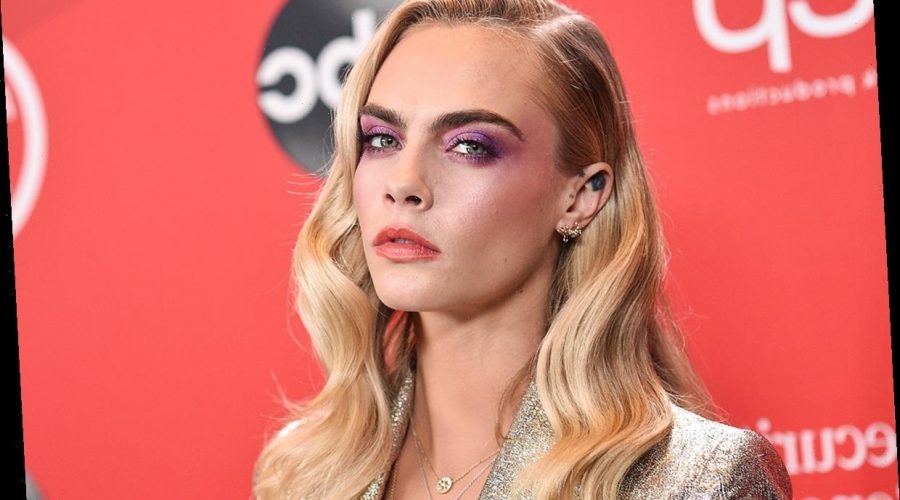 Cara Delevingne got candid about coming to terms with her sexuality.

The model and actress, 28, admitted that since she grew up in "an old-fashion household," it took her quite some time to understand what it meant to be gay. "I didn't know anyone who was gay," Delevingne admitted during a new episode of the Goop podcast with Gwyneth Paltrow.

"I didn't know that was a thing and actually I think growing up I wasn't knowledgeable of the fact I was homophobic," she added.

At the time, Delevingne said that "the idea of being [with] same-sex [partners]" left her feeling "disgusted." Delevingne says that internal struggle with her sexuality took a toll on her mental health.

"I do correlate the massive depression and the suicidal moments of my life [to that] because I was so ashamed of ever being that. But actually, that was the part of me that I love so much and accept," the star said.

The Carnival Row actress, who has since opened up about being pansexual, described her sexuality as "constantly changing." But she admits that self-doubt still comes from time-to-time. "There is still a part of me where I'm like, 'Oh, I wish I could just be straight.' There is still that side to it. It is really complicated," Delevingne said.

Right now, she feels most happy when she doesn't have to conform to one singular gender norm. "I feel so much more comfortable in the fluidity of what it is to be just a human and to be an animal, almost, because that's what we are," Delevingne said. "To trust in your own instincts."

Delevingne previously opened up about her experience coming out to her family in an interview with Variety. "Once I could talk about my sexuality freely, I wasn't hiding anything anymore," the Paper Towns star said, recalling her fear of revealing that she was attracted to women to her father after one heartbreak.

"I was honestly terrified," she said, adding she thought he might kick her out of the house. But she found acceptance. She explained, "He was like, 'You deserve to be loved.' He was so sweet, I could cry about it right now."

If you or someone you know need mental health help, text "STRENGTH" to the Crisis Text Line at 741-741 to be connected to a certified crisis counselor.

If you or someone you know is considering suicide, please contact the National Suicide Prevention Lifeline at 1-800-273-TALK (8255), text "STRENGTH" to the Crisis Text Line at 741-741 or go to suicidepreventionlifeline.org.