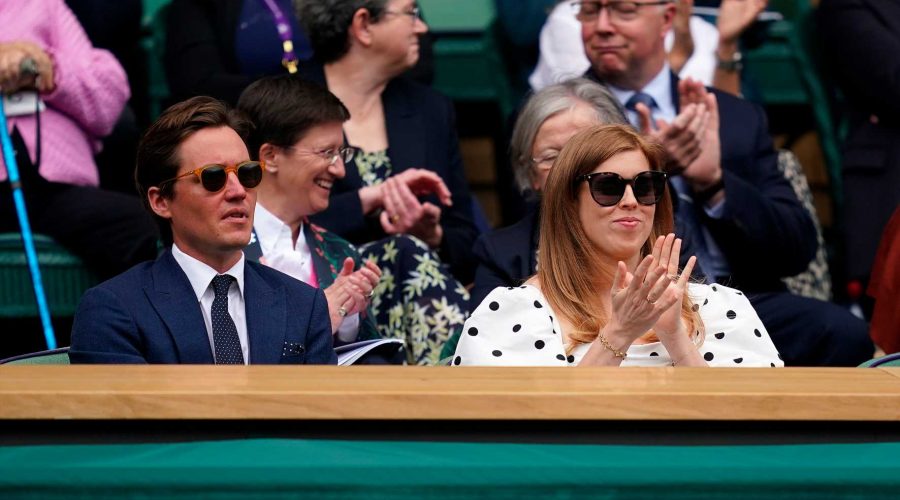 As professional sports returned, so did all its A-list spectators.

Two years since the last Wimbledon took place, fans and celebrities alike couldn’t wait to watch some of their favorite tennis players go head-to-head once more. Frequenters such as Kate Middleton, Duchess of Cambridge and Princess Beatrice of the British royal family, plus fresh faces in Phoebe Dynevor and Pete Davidson, made appearances throughout the two-week tournament.

Princess Beatrice sat in Wimbledon’s royal box with husband Edoardo Mapelli Mozzi. The couple is expecting their first child together and will celebrate their first wedding anniversary later this month.

Other royal family members like Mike and Zara Tindall, the eldest granddaughter of the Queen, and Sophie, Countess of Wessex, wife of Prince Edward, the Queen and the late Prince Philip’s youngest child, also attended the matches.

Middleton, however, had to cut her attendance short after she came into contact with someone who tested positive for COVID-19. According to a Kensington Palace statement released earlier this week, the duchess has not been experiencing symptoms but is following government guidelines and is self-isolating at home.

Dynevor, known for her role as Daphne Bridgerton in Netflix’s “Bridgerton,” and Davidson made their first public appearance together as a couple.

All the Looks at the 2021 Cannes Film Festival

Tennis legend Billie Jean King, known as one of the greatest female tennis players of all time, also made an appearance. Throughout her career, King won 10 Wimbledon Grand Slam singles titles.

Last year, Wimbledon was canceled due to the ongoing COVID-19 pandemic. It was the first time the famed tennis tournament had been called off since World War II.

Click through the gallery above to see some of the big celebrity moments at Wimbledon this year.

The Wimbledon Moments that Caught Social Media by Storm

A Look at Tennis‘ Lasting Influence on Fashion

09/07/2021 Fashion Comments Off on Celebrities at Wimbledon 2021: See All the Photos
Lifestyle