A PROFESSIONAL cleaner has been called everything from a "magician" to a "legend" after she managed to get a filthy oven sparkling again.

Lisamarie Brooke-Green turned up to a client’s house only to be greeted with one of the worst cookers she’d ever seen in her career. 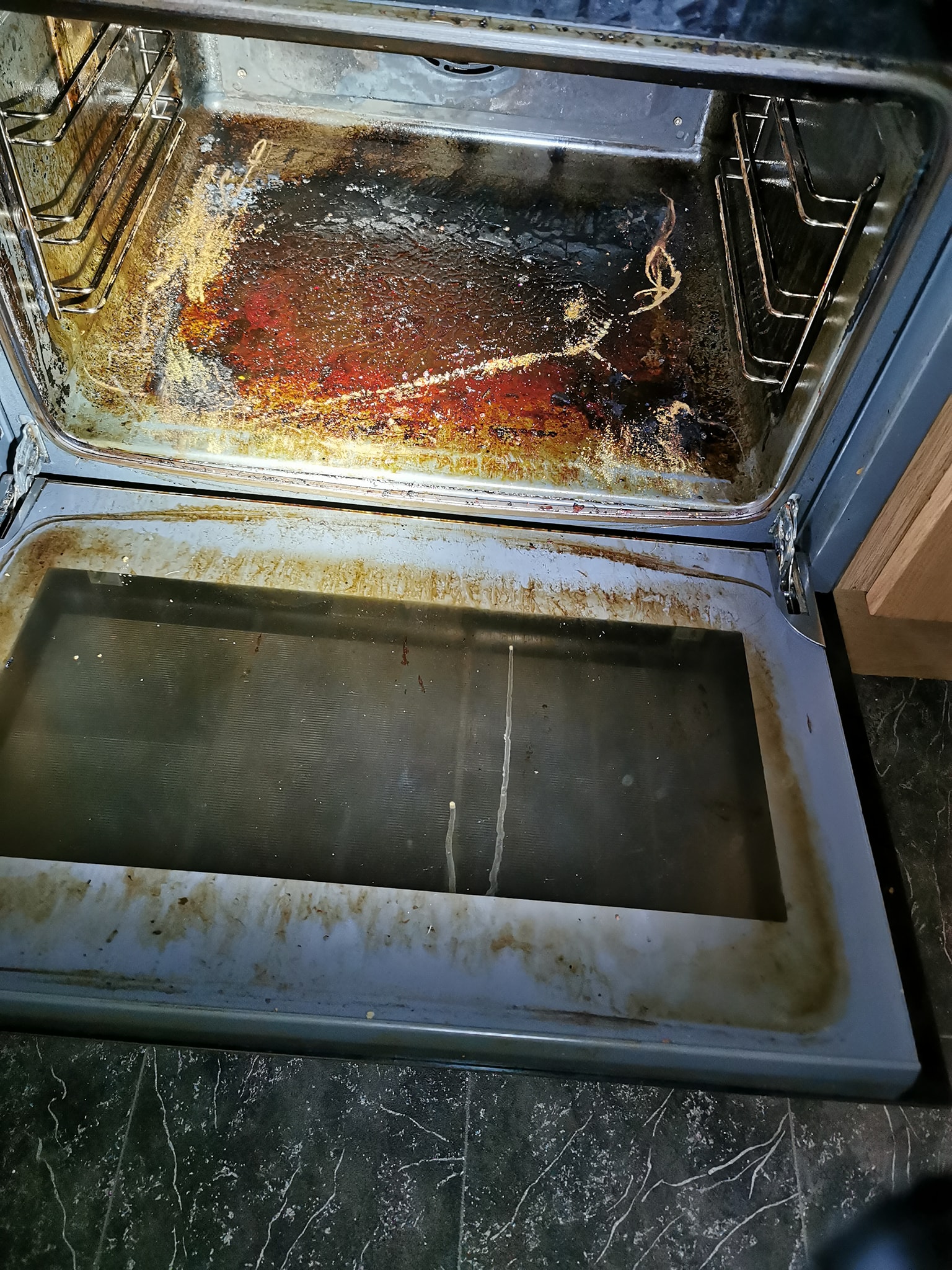 The oven was covered in thick, baked-on grime, which Lisamarie was unable to shift using her go-to product, Oven Pride.

She racked her brains and used all her cleaning hacks to get the oven gleaming again, and people reckon it looks like a brand new cooker.

Explaining exactly how she removed the grime, Lisamarie told Fabulous Digital: “It's one of if not the worst I've ever done.

“It took about 2 and a half hours to get it completed. 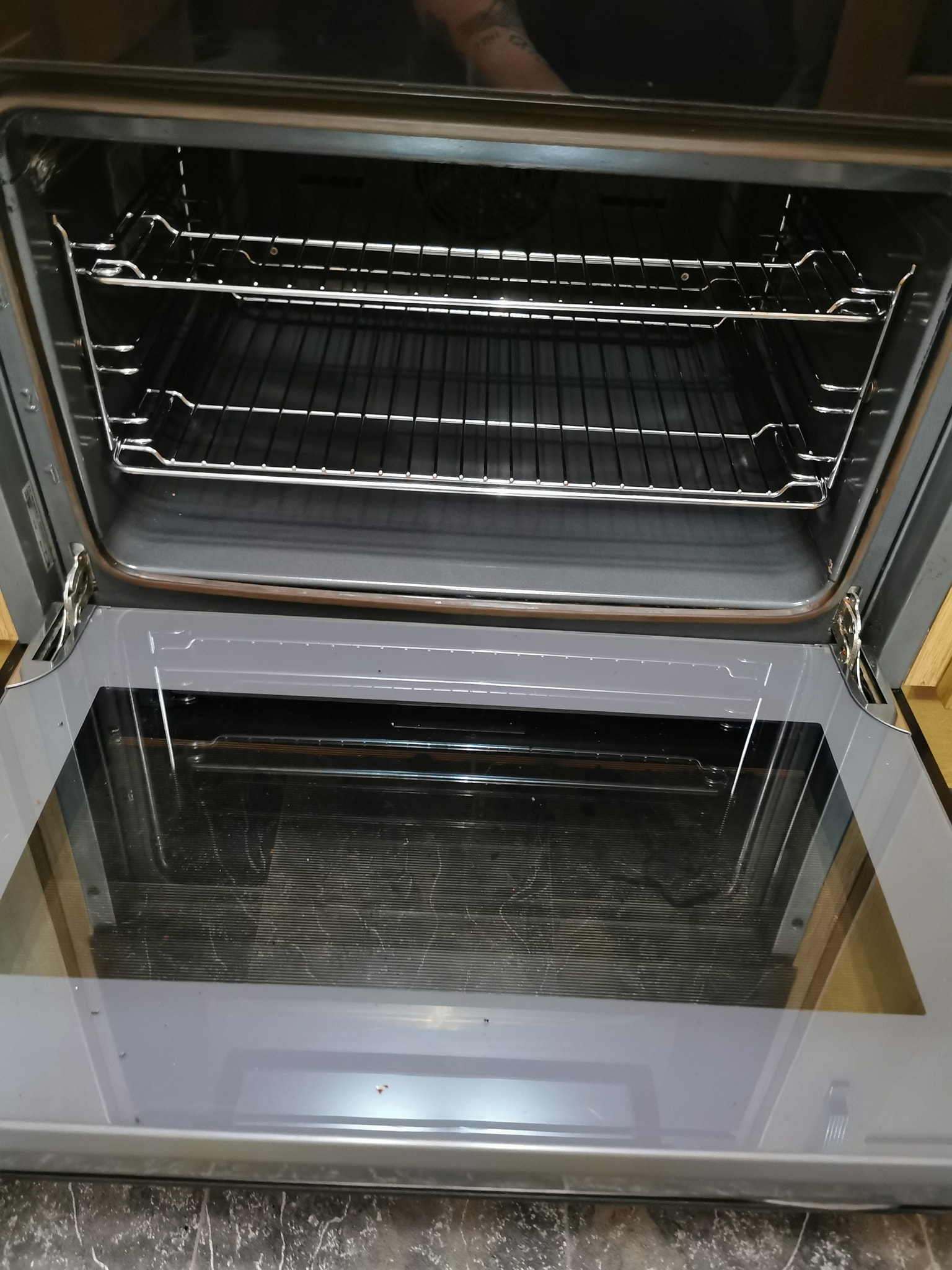 “To clean it I used a scraper for the bottom to remove the built up grease and grime.

“Then get roughly an A4 sized piece of tin foil and scrunch it into a ball.

“I added fairy liquid to the bottom of the oven for lubricant, and just rub.”

Lisamarie shared her handiwork to Facebook group Cleaning Tips & Tricks, where she said: “Worst one I've done in a while! Good ole scraper and some tin foil. 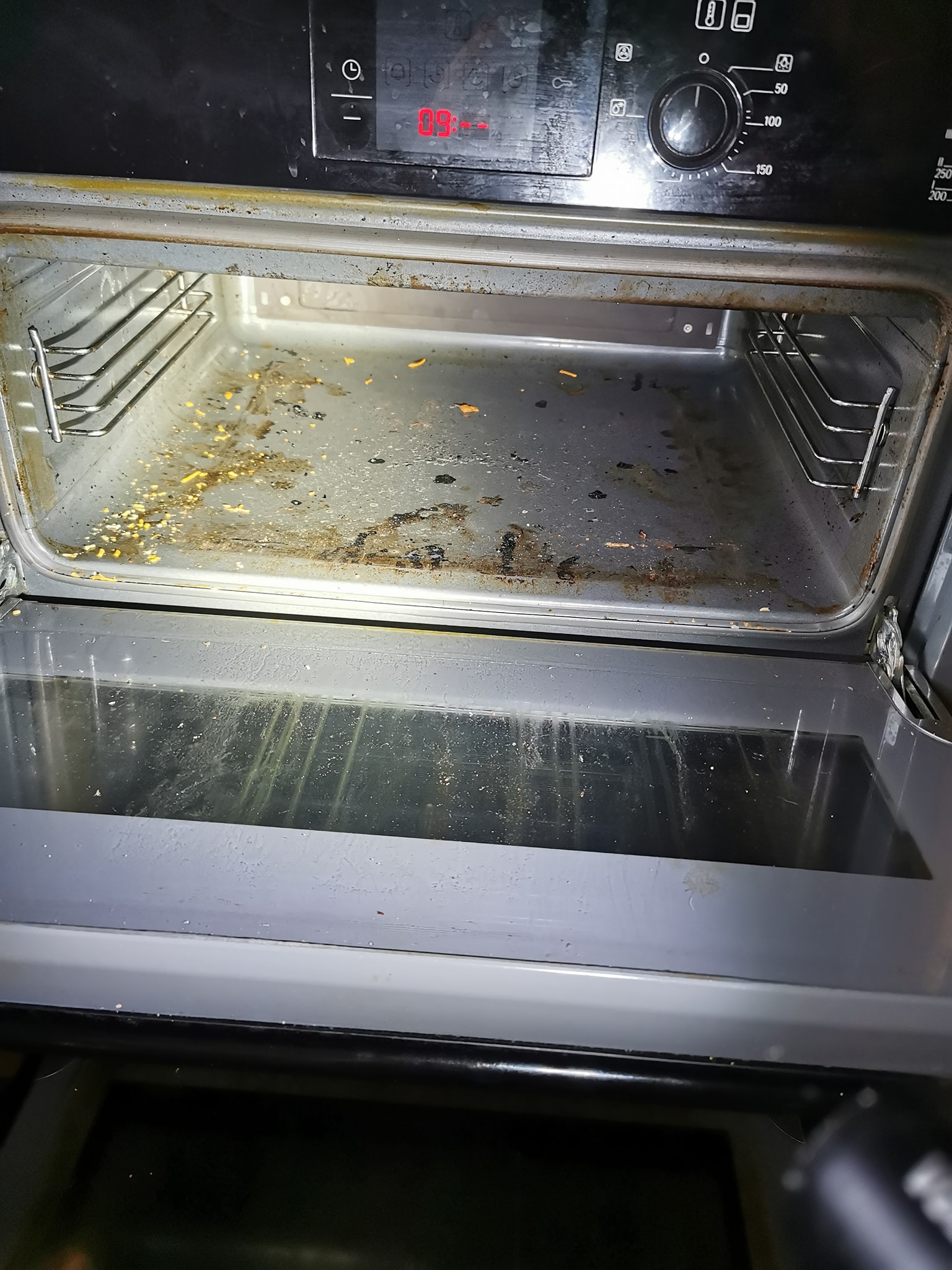 “Oven Pride did nothing and I usually swear by it.”

Hundreds of people have liked and commented on the oven, calling her a ‘magician’.

One person said: “You deserve the Academy Award in oven cleaning… It looks amazing!!!”

Another raved: “You have done great! Amazing!” 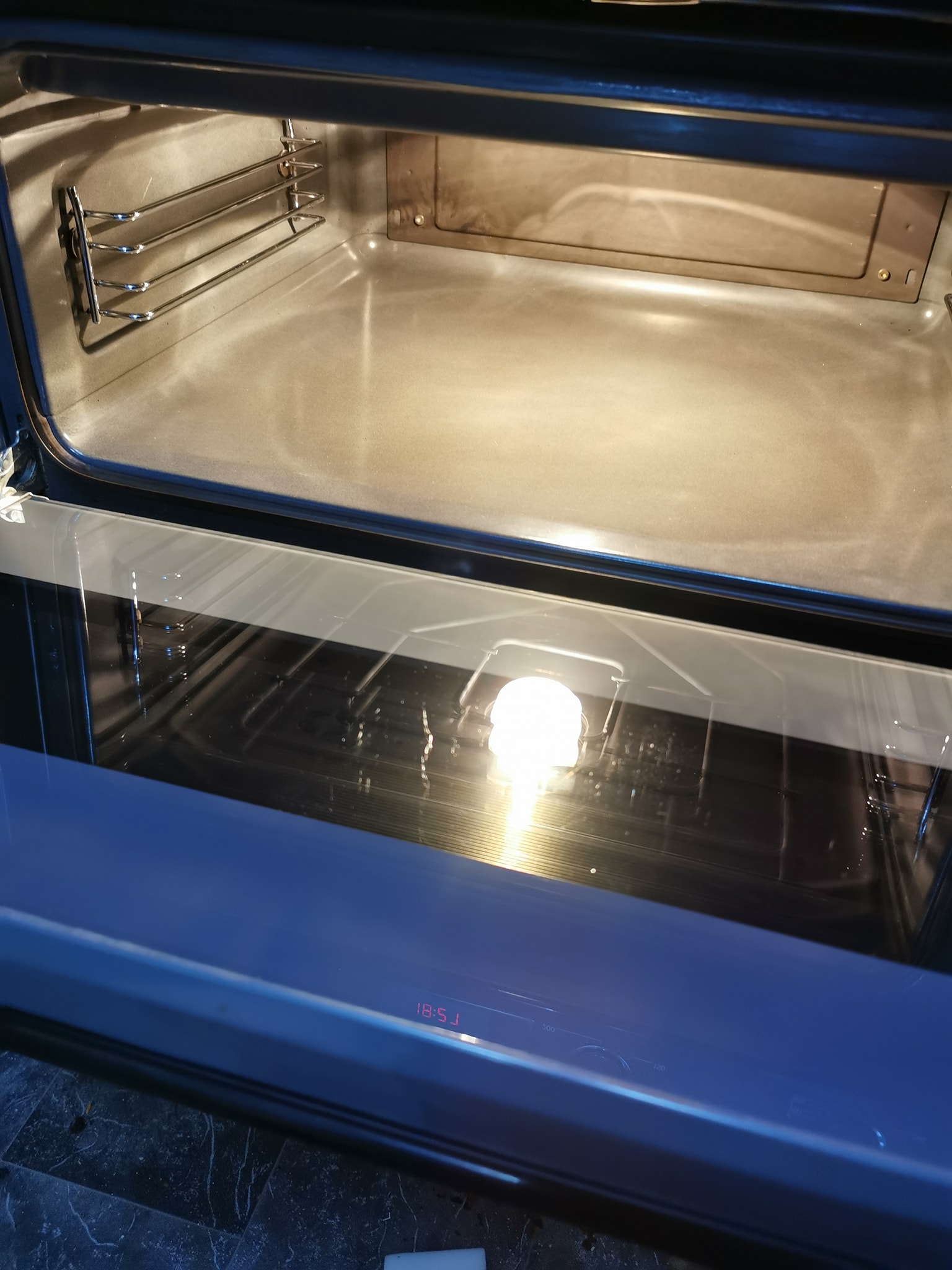 A third commented: “You are an actual magician.”

This person admitted: “Wow I would have just thrown the oven out. I’m considering throwing mine out. I hate this job the most. Great job.”

While someone else added: “Are you like a magician or fairy with a wand? I can't believe it's the same oven.” 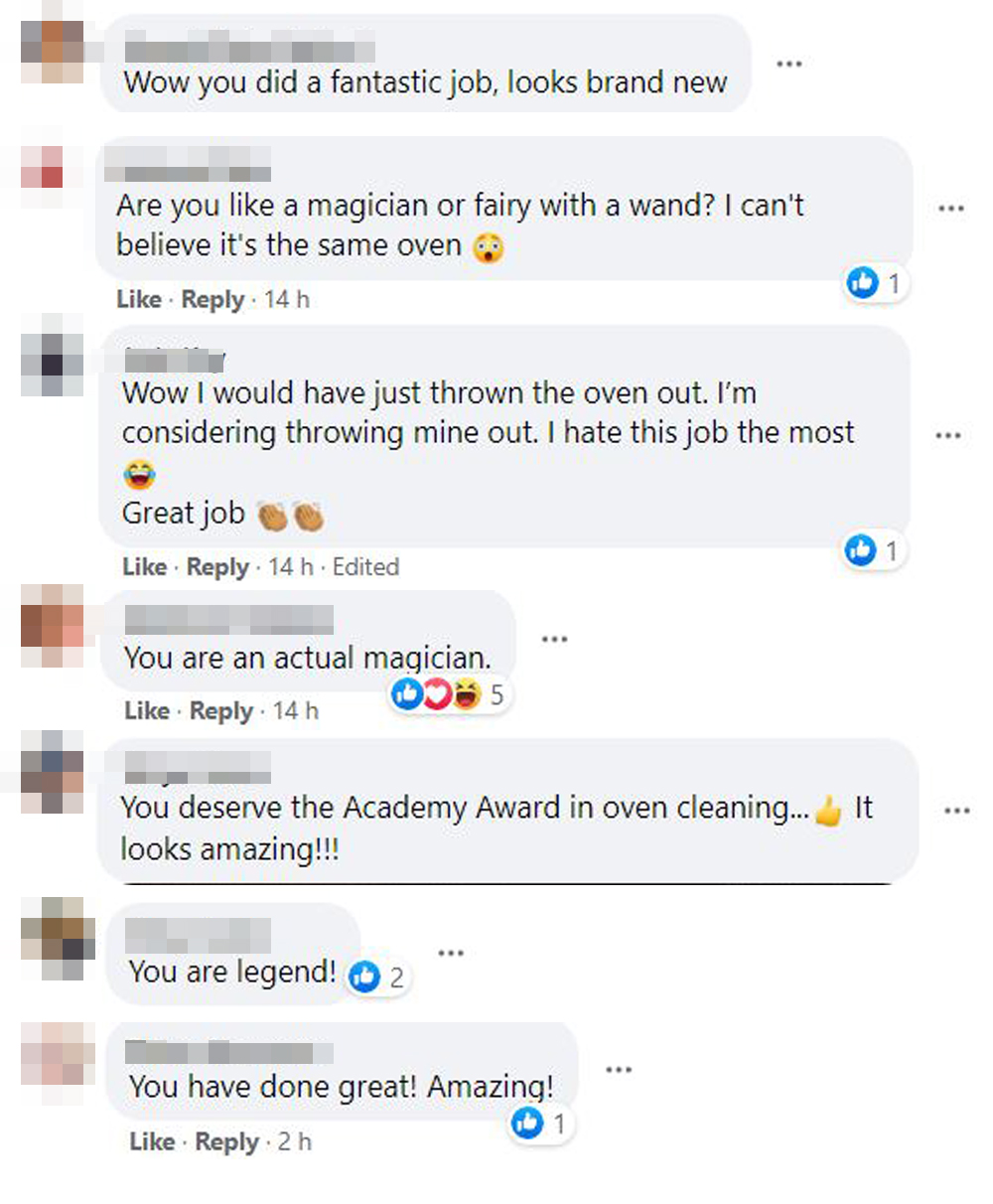 Meanwhile this cleaning fanatic shows how to get perfect-smelling laundry and all you need is a cheap sponge.

Plus this mum shows off the chore chart she made for her toddler to help with the cleaning & parents are copying her idea.

And the the Queen is hiring a cleaner and you’ll get paid £20k to LIVE in Windsor Castle.