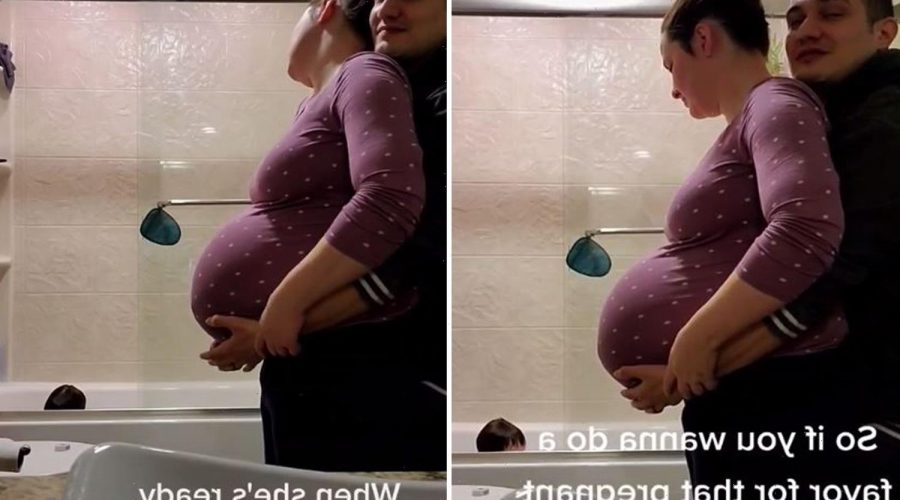 A FATHER has shown how he eases back pain for his nine-month pregnant wife and parents everywhere love the tip.

His hack created a trend on TikTok with many partners, friends, and family helping an expecting mom at the time. 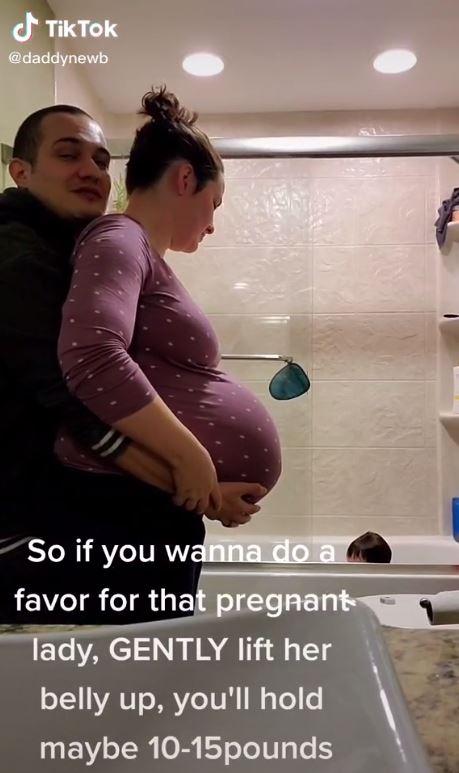 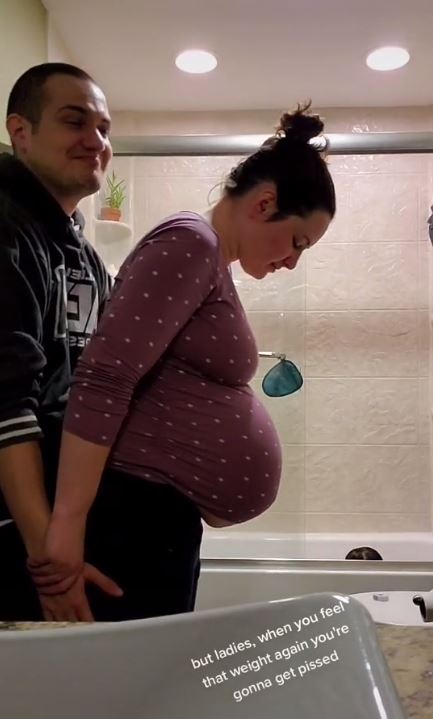 In a very intimate video, a devoted husband and father of one shared how he helped his wife while she was pregnant.

While the two watched their oldest son in the tub, the dad pressed up behind his very pregnant woman, who was clearly struggling with the weight of her belly.

Very gently, he placed his hands under her belly before holding it up, relieving her from the pressure for just a few seconds.

He called for partners to hold on for a few seconds as they were lifting over 10 and 15 pounds off their expecting partners.

The mom in the video could be seen relieved as she was freed of the weight.

Following the video, many took to the comment section to applaud the dad with one saying: "Watching her straighten her back … that is the best feeling in the world, I can see the relief."

Another one urged the dad to carry the belly for the next nine months to help the woman throughout the pregnancy.

However, many people commented that they had no idea one could lift the belly like that or that it could even move once it began to grow.

Additionally, in what became a trend, many partners and friends also did this with expecting moms, who were visibly relieved. 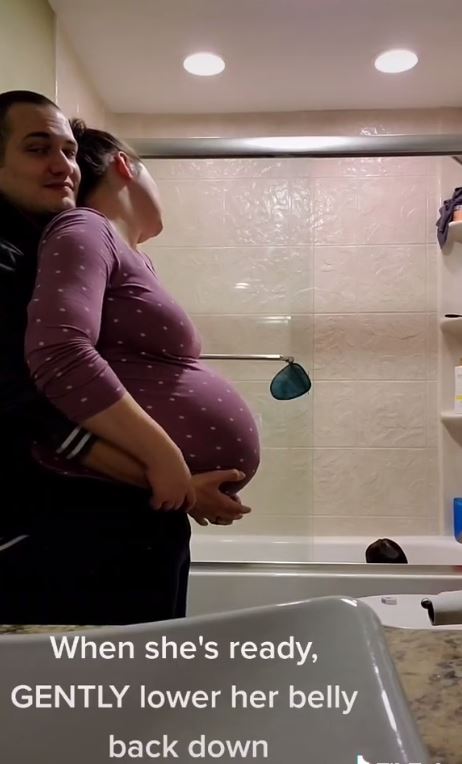