A WOMAN whose womb was “on the verge of exploding” was branded “hysterical” by doctors who said she had constipation.

Madeleine Janes had gone four years without having a period and was in extreme pain, which would keep her up overnight. 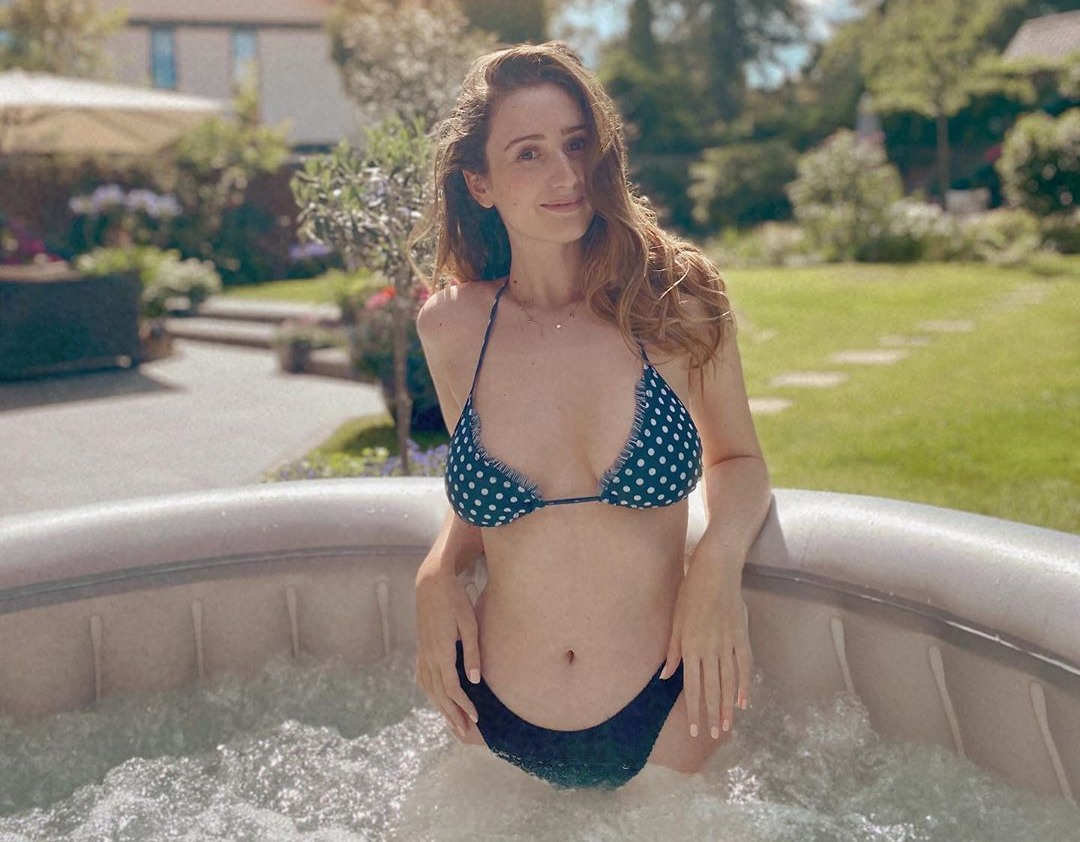 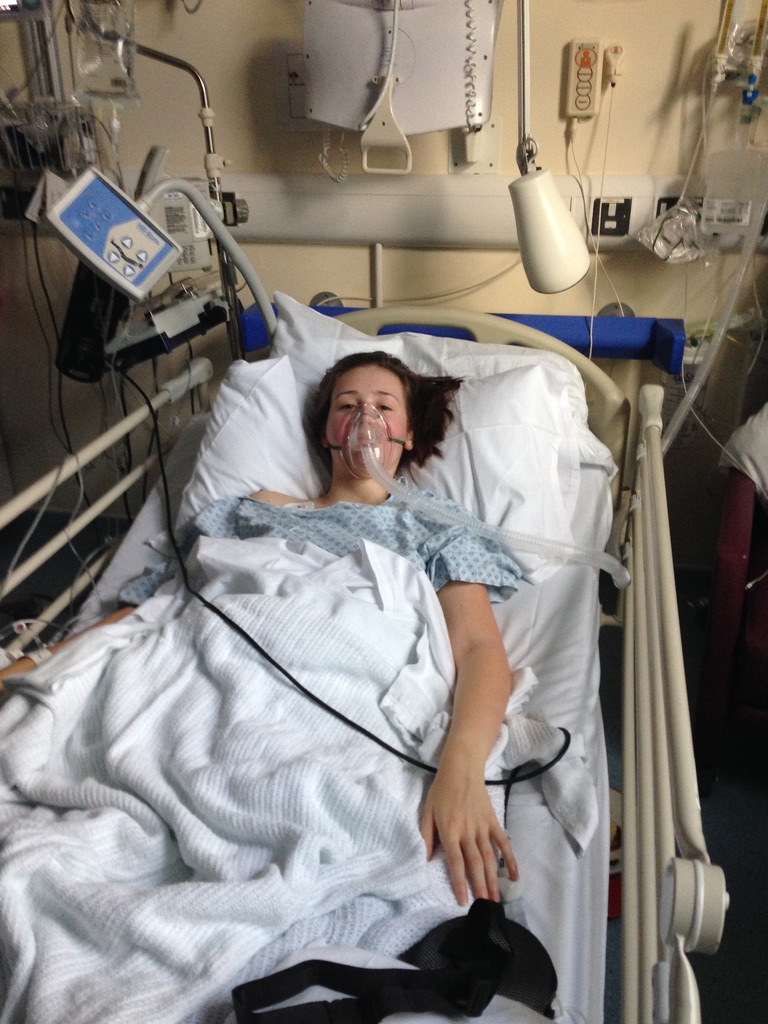 Madeleine was told she was constipated, and despite no tests being carried out, she was prescribed Buscopan – which is used to relieve stomach cramps.

Madeleine, who lives in Rugby with her family, started sleeping in the living room so she could watch television on the nights that the stomach pains would keep her wide awake.

The pain continued and Madeleine, who was just a teenager at the time, went back to her GP and visited A&E on several occasions.

Madeleine said: “I remember being looked over by a nurse who labelled me 'hysterical' and proceeded to say 'you know how worked up young girls get.'

"She gave me an injection of Buscopan and back home we went – again no further tests. Dismissed.

“For a while it made me feel crazy, as if I was making it all up like they were insinuating.

"I'd never really come into contact with doctors much prior to this so I just assumed what they said was fact as they're the ones with the qualification behind them – I don't see it like this now." 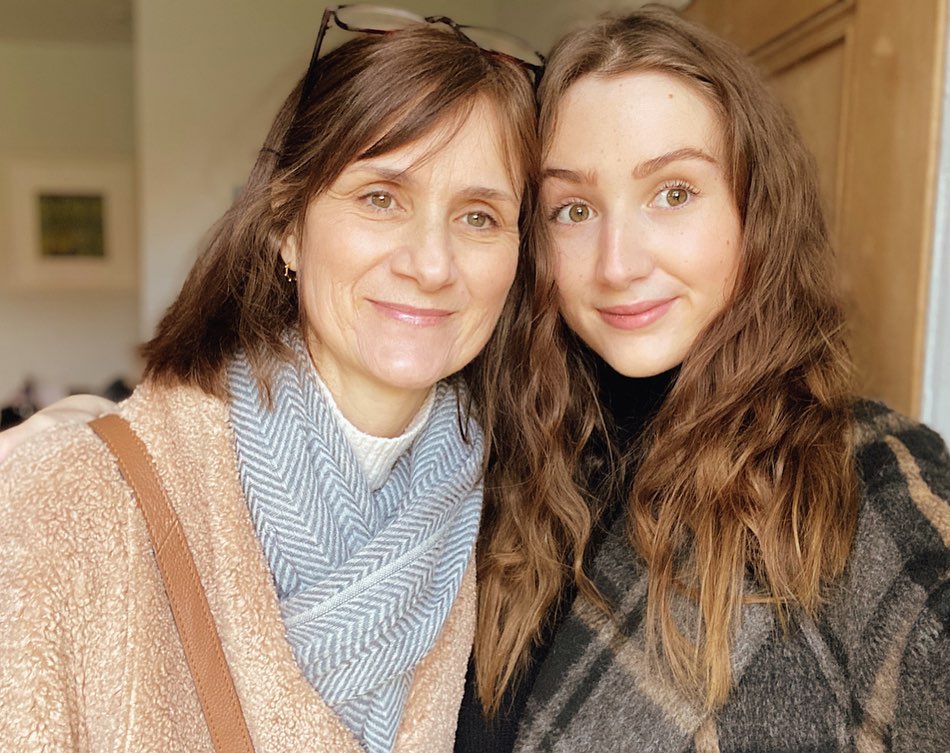 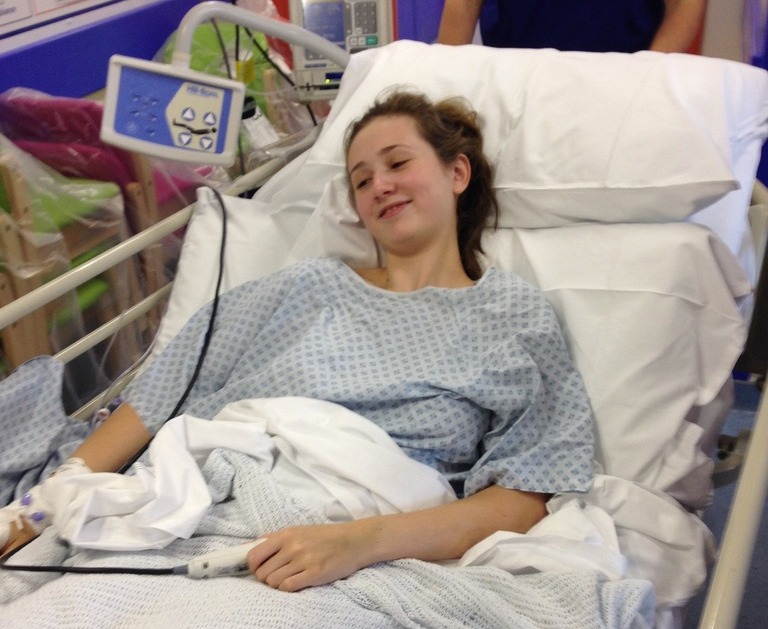 Madeleine knew something wasn’t right and decided to cut gluten out of her diet in case she was coeliac- which didn’t work.

Weeks after her first GP visit Madeleine went on holiday to Devon with her family for her mum Jane’s 50th birthday.

The pain had become unbearable for Madeleine so she went to the local hospital where they immediately hooked her up to an IV for pain relief, had blood tests, and was moved to intensive care to be monitored closely.

She was given gas and air for the pain and later X-rays and ultrasound scans revealed that she had two uteruses, two cervixes, one ovary, and was missing a kidney.

Madeleine was incorrectly told she had bicornuate uterus – when the uterus forms in a heart shape.

The source of her pain was revealed in the results of an MRI test which found that her smaller second womb was blocked and filled with blood which had collected over four years of having periods.

Madeleine was rushed into emergency surgery where she had over 100ml of blood drained. She spent seven days in hospital to recover and was referred to a specialist in London.

In September 2015 she was deemed to have uterus didelphys – a condition where a woman is born with two uteruses, two separate cervixes and sometimes two vaginas, but this is not always the case.

WHAT IS UTERUS DIDELPHYS

Uterus didelphys is a rare condition where a woman’s uterus fails to fuse properly during development in the woman.

The two wombs are often slightly smaller than the average womb in order to allow them both to fit.

A double uterus often causes no symptoms. The condition may be discovered during a regular pelvic exam or during imaging tests to determine the cause of repeated miscarriages.

Women who have a double vagina along with a double uterus may suffer heavy menstrual bleeding that isn't stopped by a tampon.

In these situations, the woman has placed a tampon in one vagina, but blood is still escaping from the second uterus and vagina.

Women who continue to bleed after a tampon has been used or have extreme menstrual pain should see a doctor.

There is no known causes as to why some women develop two wombs, although genetic factors have been considered.

Many women have normal sex lives, pregnancies and deliveries.

But sometimes a double uterus can cause: 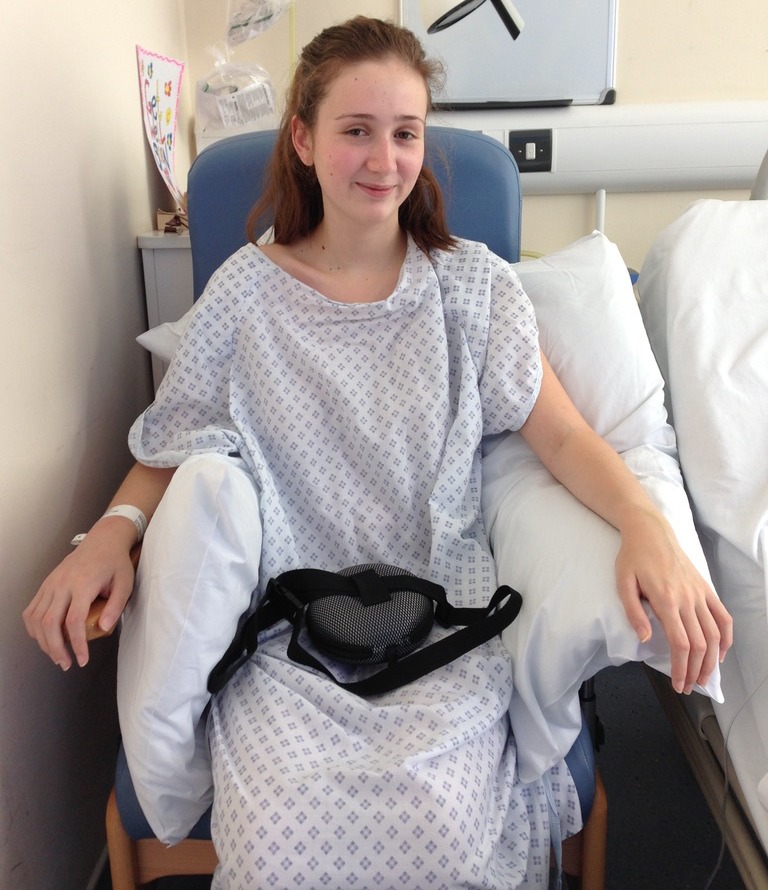 Madeleine has two wombs, two cervixes, and two ovaries – she also had a piece of skin which had grown over the top of her second cervix which had been causing the blockage with her menstrual blood.

Three months later on December 15 2015, Madeleine had surgery to remove the skin and was told the next time she would need medical attention for her condition was if she decided to have children.

She was told that women with her condition have an 80 per cent chance of miscarriage or premature birth.

This is something that Madeleine has had to consider from a young age and she even had an ex-boyfriend cite the fact that she may experience complications during pregnancy during a breakup which was incredibly hurtful.

Reliving the experience she said: “When breaking up we were discussing the reasons why we weren’t compatible to which he went on to say, ‘You know how much I want to be a dad and you can’t have children.'

“Hearing someone say that to you when they know it’s a big worry of yours is very hurtful and unforgettable.

"To have something that is completely out of my control be used almost against me as a reason I wasn't good enough. What he said affected me for quite a while and became a bit of a worry of mine for future partners.” 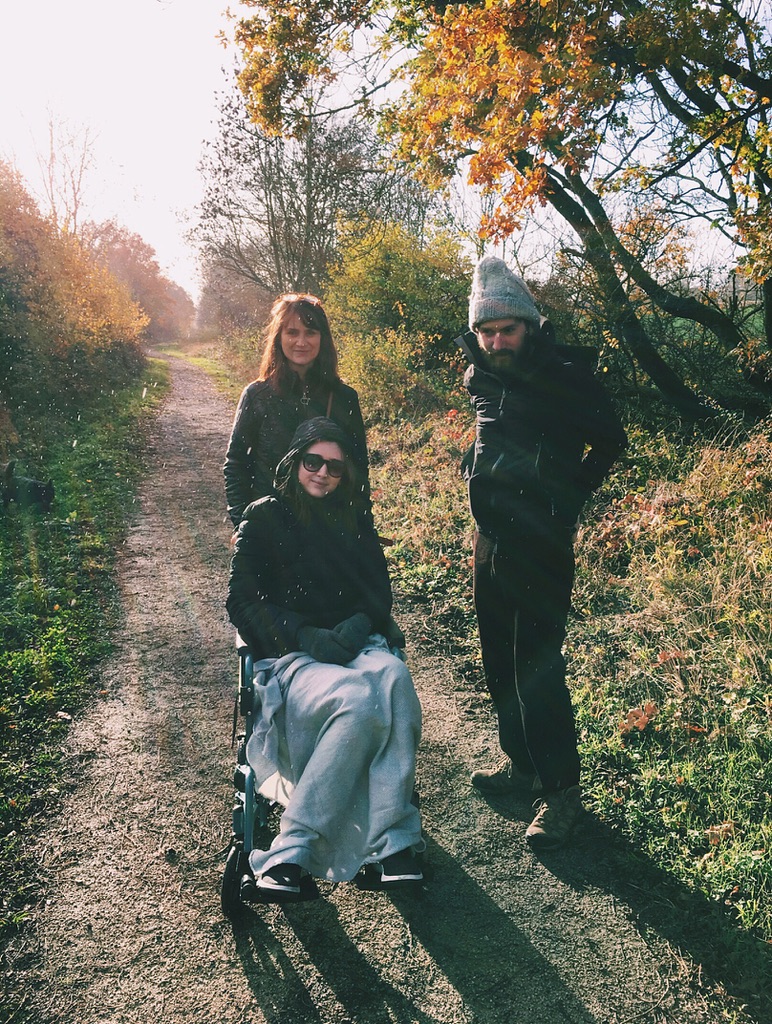 Madeleine is passionate about raising awareness for her condition and hopes to help others be their own advocate.

She said: “I had no idea what was wrong and went to the GP to be told they couldn't detect anything other than maybe constipation and prescribed me with Buscopan.

“I can't remember when we first decided to go to A&E but we went to A&E – the children's department – and a doctor looked me over, felt my stomach, and sent me away again with nothing more than constipation.

“No blood tests, no scans, no further investigation. I think I was told to take some paracetamol. We went back to the GP a few more times undergoing the standard urine test and physical examination and we were still told there wasn't anything abnormal and that constipation can cause severe abdominal pain.”

Madeleine said that it wasn’t until she was in Devon that she was taken seriously and added that it was the “biggest sense of relief”.

“It sounds strange to say but the whole situation made me feel like giving myself a pat on the back.

“It increased my faith in myself as I'd known all along something wasn't right, even if I'd been told multiple times by different people that nothing was wrong. Getting taken seriously was the confirmation I'd known I had deserved for weeks.

“After the diagnosis sunk in, there was a lot of 'I've lived sixteen years of my life not knowing what was going on inside me.'

"It's hard to explain but that's a really weird thing to get your head around. In the space of ten minutes, I'd gained an organ and lost another organ – plus two uteruses, minus one kidney.” 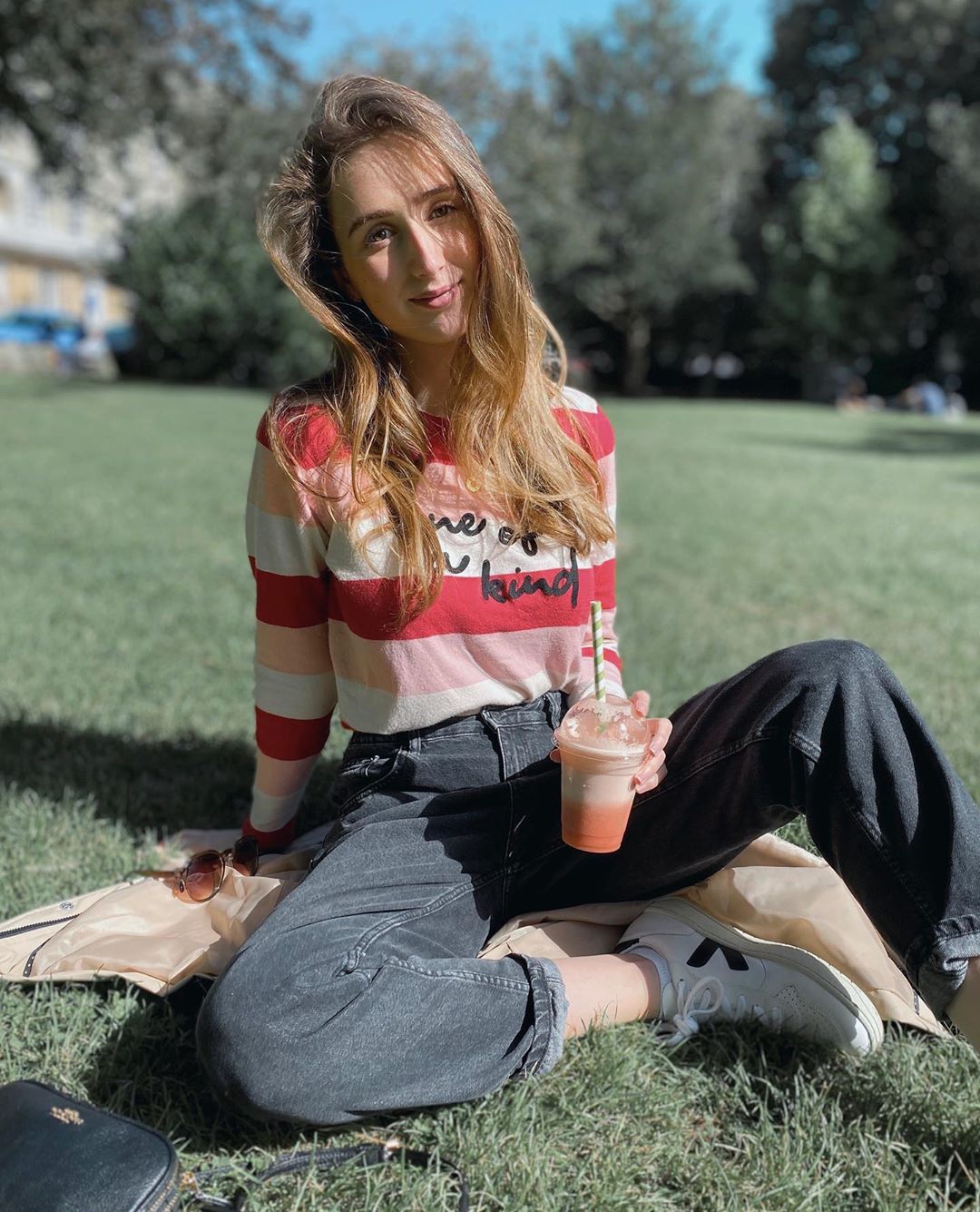 She said that without surgery her second uterus would have continued to fill up every month and the pain would have persisted.

Madeleine added: “When you google my condition, the stories about it in the tabloids are ones of women who have found out about their condition once pregnant or during labour, so in those circumstances it seems pretty straightforward.

“However the statistics aren't as positive: conception can be difficult and I have an eighty per cent chance of miscarriage and premature birth.

"I will be at a very high risk and cannot give birth naturally but as I've already had the C-section surgery and a glimpse into labour pains, that doesn't bother me. I think I've been mentally prepared for it to be a difficult journey since I found out at sixteen.

“When it comes to the men, most don’t know how to react, what to say or even have a response. Often they go quiet and become very awkward as if I’ve just told them some dirty embarrassing secret.”

Five years on from her diagnosis and Madeleine has shared her story to help others. 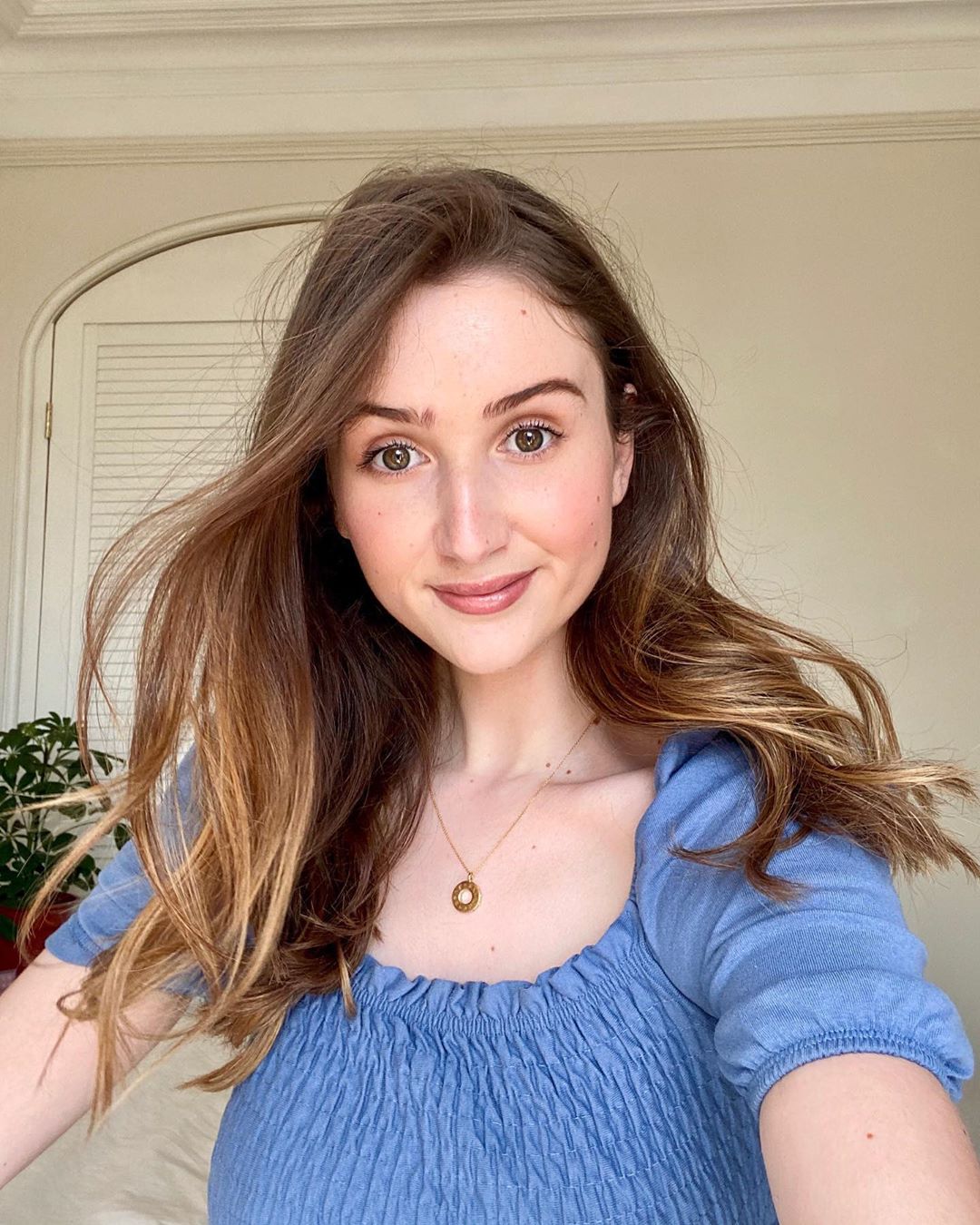 Posting on social media she said: “This September marked five years since I found out about my condition and since then, there are still so many women being dismissed and struggling to get a diagnosis and receive proper treatment and relief from their suffering – something that is so prevalent in the chronic illness community.

“The research and statistics show that women experience the healthcare system differently to men, and there is a long history of dismissing women's pain and in 2020 this is still happening.

“You know your body better than anyone else – any nurse, doctor or specialist. Listen to your gut and what your body is telling you and keep persisting even if you keep getting turned away.

“Eventually the right person will hear you and you'll get the help you need. It just might take a bit of time to get there but never let anyone tell you it's all in your head.”