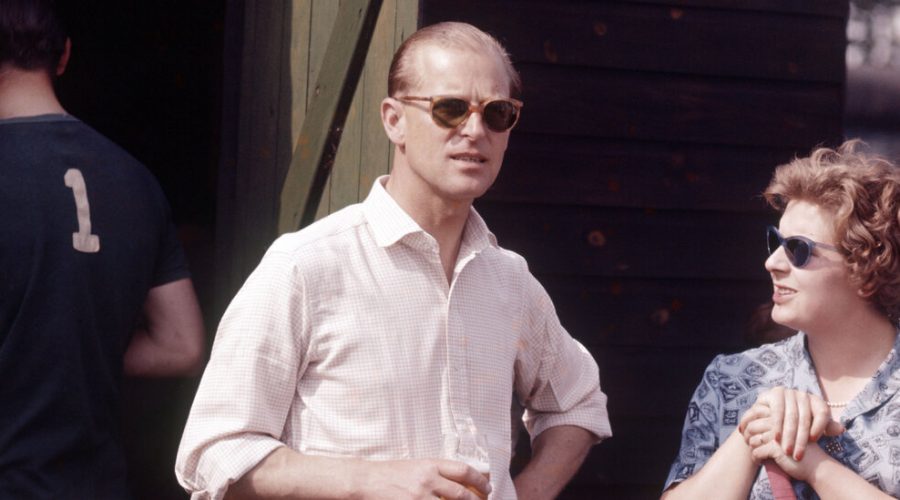 There is a moment in the first season of “The Crown” when the actor Tobias Menzies, as the perennially tetchy consort of Queen Elizabeth II, bristles at the constraints of his job. With a case of lockjaw severe enough to cause concern for his molars, Mr. Menzies portrays the Duke of Edinburgh (whom the queen would not make a prince until five years after she succeeded to the throne) as an arch complainer, a man who views the 20th-century monarchy as little more than “a coat of paint” on a crumbling Empire.

“If the costumes are grand enough, if the tiaras sparkle enough, if the titles are preposterous enough, if the mythologies are incomprehensible enough, then all must be fine,” says Mr. Menzies, playing the man who would become Prince Philip. And, as it turns out, the script got it mostly right. Prince Philip, who died at age 99 on April 9, 2021, may have been wrapped in a cloak of dramatic hooey to become a character in the hit Netflix series. Yet the role, as written, is rooted in established fact. 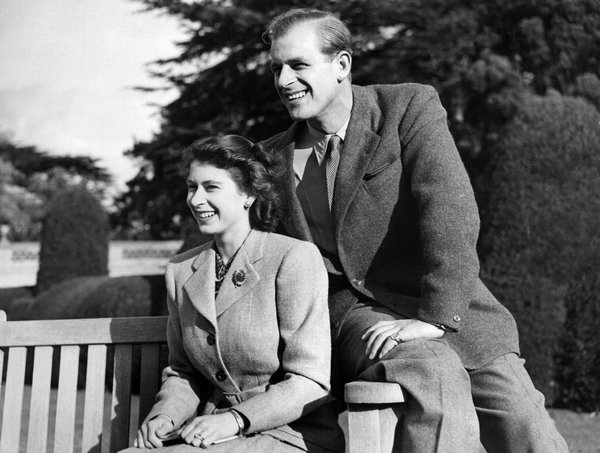 Headstrong by reputation, opinionated, notoriously brusque (and often, in public, misogynistic and racist), Prince Philip was also in important ways the model of a company man. By the time he stepped down from his official royal duties in August 2017, he had spent seven decades obediently working for the Firm, a term for the royal family credited to the Queen’s father, King George VI. Fulfilling the requirements of a job for which there is no precise standard, unless you consider second fiddle a job description, the prince slogged through a staggering 22,219 solo public engagements over his long lifetime. In doing so, he navigated the most challenging of corporate dress codes for more than 65 years.

The brief was clear from the outset: The queen’s consort should be impeccable yet unassuming, irreproachable in style without drawing your eye away from the one of the richest, and certainly the most famous, woman on earth. If the clothes Queen Elizabeth II wore in public were engineered to meet programmatic requirements — bright colors and lofty hats to make this diminutive human easy to spot; symbolically freighted jewelry (the Japanese pearl choker, the Burmese ruby tiara, the Obama brooch!); symbols and metaphors embroidered onto her gowns — those of Prince Philip were tailored to keep him faultlessly inconspicuous.

As a clotheshorse, he had certain natural advantages, of course.

“He was staggeringly good-looking, tall and athletic,” said Nick Sullivan, the creative director of Esquire. “That never does any harm when it comes to wearing clothes.”

Beyond that, though, were a series of confident and knowing choices. For decades, the prince’s suits were made for him by John N. Kent, a Savile Row artisan who began his tailoring apprenticeship at 15. The prince’s shirts came from Stephens Brothers, his bespoke shoes from the century-and-a-half old boot maker John Lobb. In the neatly folded white handkerchief Prince Philip habitually squared off in his breast pocket (another was kept in his trousers) could be seen a telling contrast with the dandyish puff of silk favored by his eldest son.

Unlike other members of the royal family whose tastes run to costly baubles and fine Swiss timepieces, Prince Philip habitually wore “a plain watch with a brown leather strap,” as the Independent once reported, and a copper bracelet intended to ease arthritis. He left his large hands free of jewelry and roughly manicured.

If he looked best in sporting clothes, it was because he was a true sportsman, captain of both the cricket and hockey teams at boarding school in Scotland, a polo player well past his 40s, an active participant in international coaching competitions until late in life.

He was also the only member of the Firm’s inner circle before Meghan Markle to have been foreign-born. This, too, may have given him a style advantage since it is often true that outsiders can bring a fresh eye to staid sartorial conventions, both enlivening and improving them. (It took the Japanese to explain denim to Americans and the Neapolitans to demonstrate for the English how to perfect English style.)

Search online and you will not find an image of Prince Philip committing a style solecism. There is never a novelty tie or a funny hat. For that matter, and except on obligatory state occasions, there is little enough of the comic operetta regalia beloved of Prince Philip’s uncle, Louis Mountbatten, the First Earl Mountbatten of Burma — no braiding, no frogging, no sashes or fringed and gilded epaulets.

The paradox of Prince Philip’s life may have been that, as the husband of a queen and father of a future king, he was essential to power although insignificant to its workings. And he often jokingly disparaged himself as the “world’s most experienced plaque unveiler.” Yet it was probably in that role that he did his best work for the family business, since a glimpse of this elegant and diffident man was the closest most Britons would ever come to royalty’s attenuated realities and burnished grandeur. In that sense, Prince Philip was never “dressed,” in any conventional manner so much as he was outfitted for purpose.