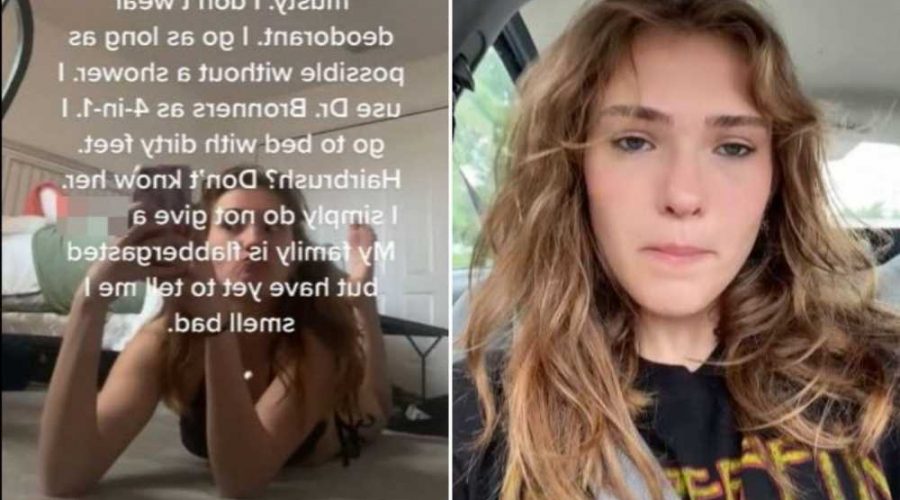 SHE doesn't wear deodorant and goes as long as possible without showering, but Addie Kirchner insisted she's never been told she smells bad.

She took to her TikTok page to share a video in which she described herself as "musty". 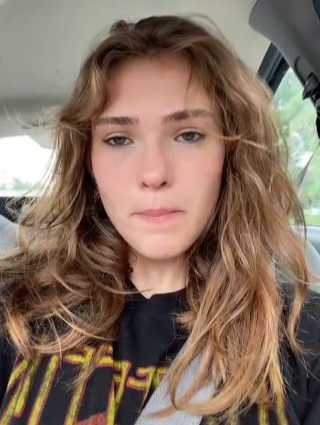 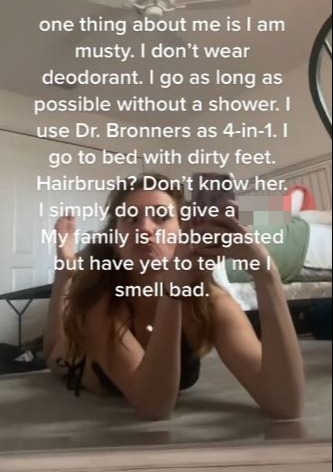 "One thing about me is I am musty," Addie wrote over a video of herself.

"I don’t wear deodorant. I go as long as possible without a shower.

"I go to bed with dirty feet. 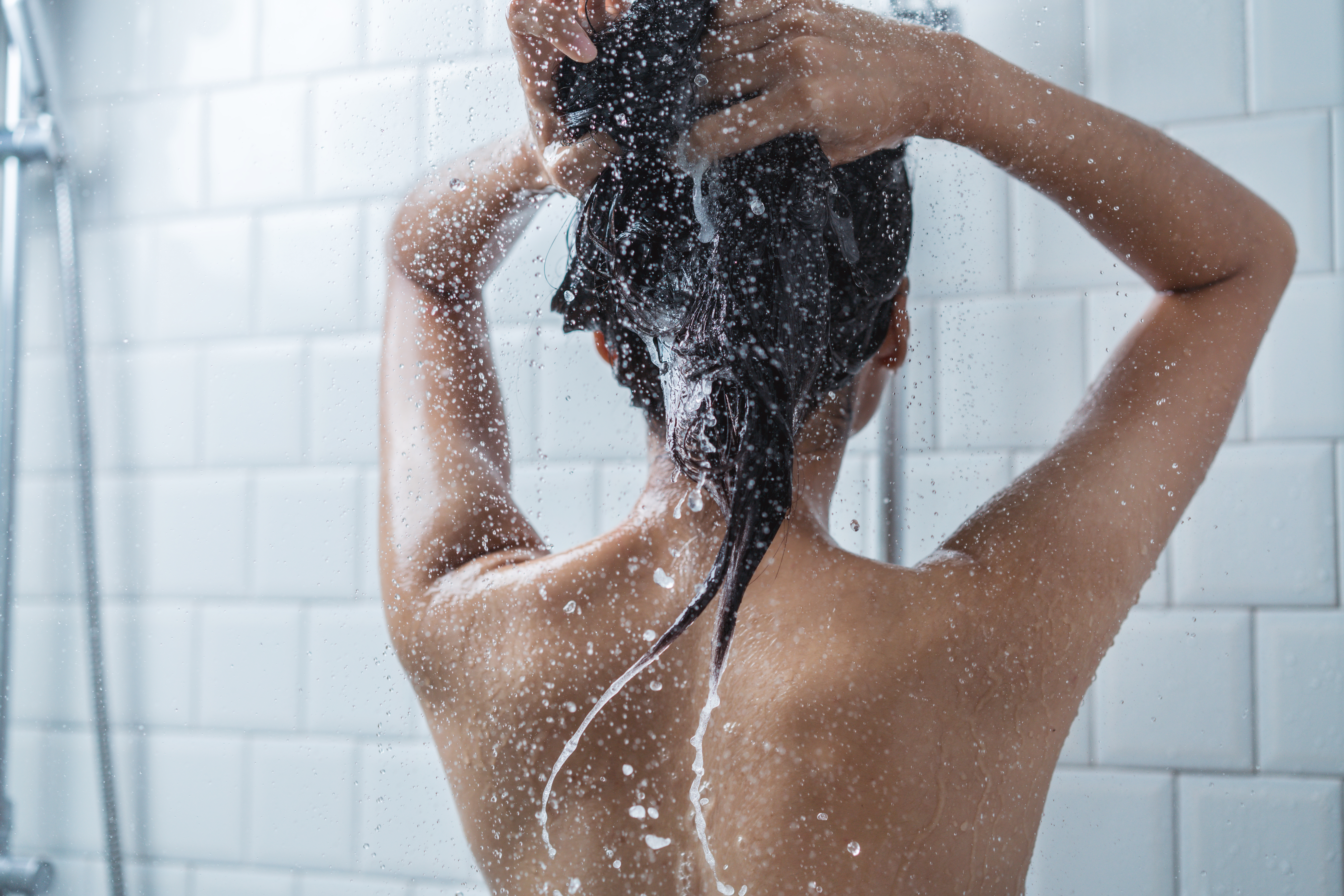 I’m a hairdresser, this is how often you should really be washing your hair

She added that despite what people might say, she doesn't "give a f**k".

"My family is flabbergasted but have yet to tell me I smell bad," she concluded.

However, people in the comments section were quick to slam Addie for her revelation.

I'm a catfish, men say I’m ugly without makeup but are amazed when I'm dolled up

I’m a size 16 & tried the Skims bodysuit, it looked tiny & the results were shocking

"You look like the type of person that would do this," one wrote.

"An you see that as a flex? Hope you comfortable being by yourself," another added.

"I thought it was only the dudes!"

But others praised Addie for being so honest.

"A little flavour never hurt no one," one wrote.

"Hahahaha…good for you, live life on your own terms, be happy!" someone else insisted.

Another person said that some of the comments criticising Addie's lack of washing were just out of concern for her health, to which she replied: "I appreciate it genuinely I do shower & take care of myself.