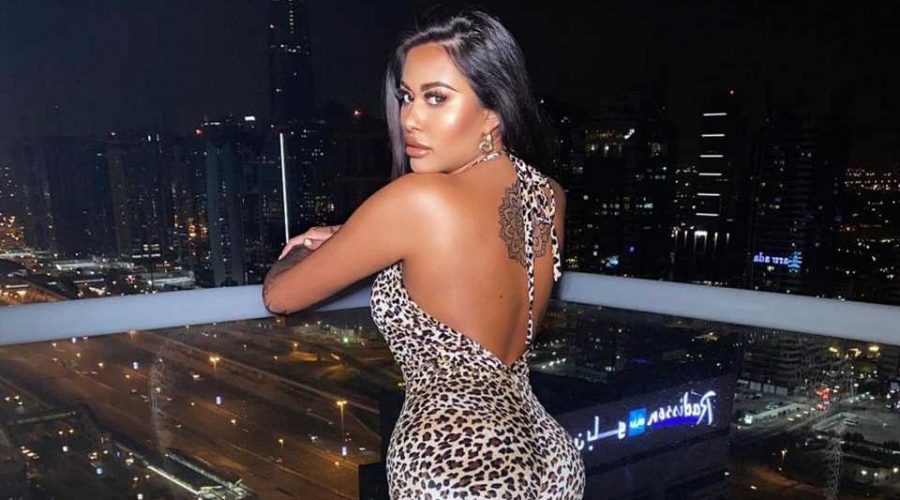 THE Kim K bottom inspired a generation of copycats, but one woman says it is time celebs shared the realities of inflated bums.

Nikita Jasmine, who had a Brazilian bum lift four years ago, is not only talking about the risks of cosmetic surgery, though. 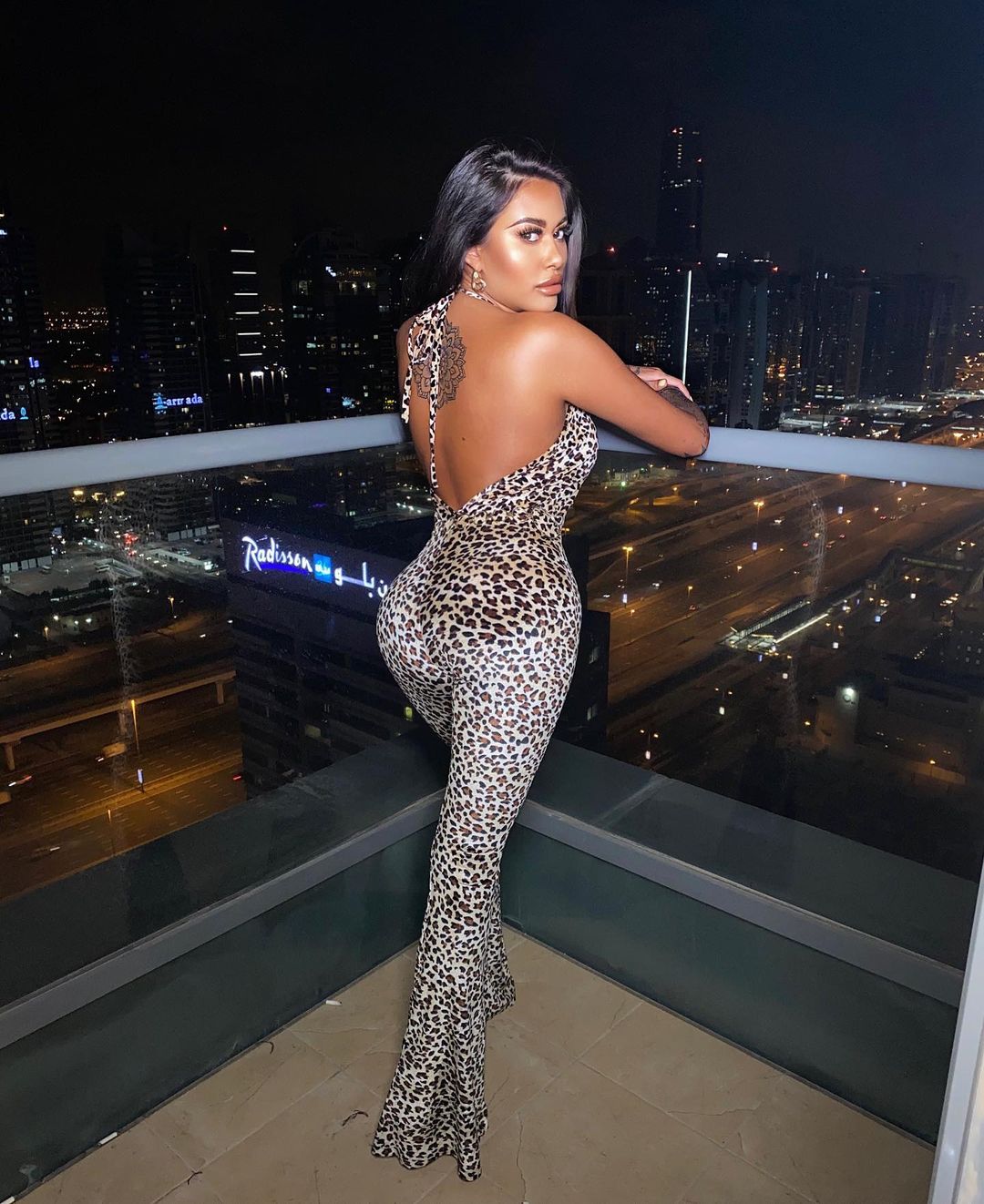 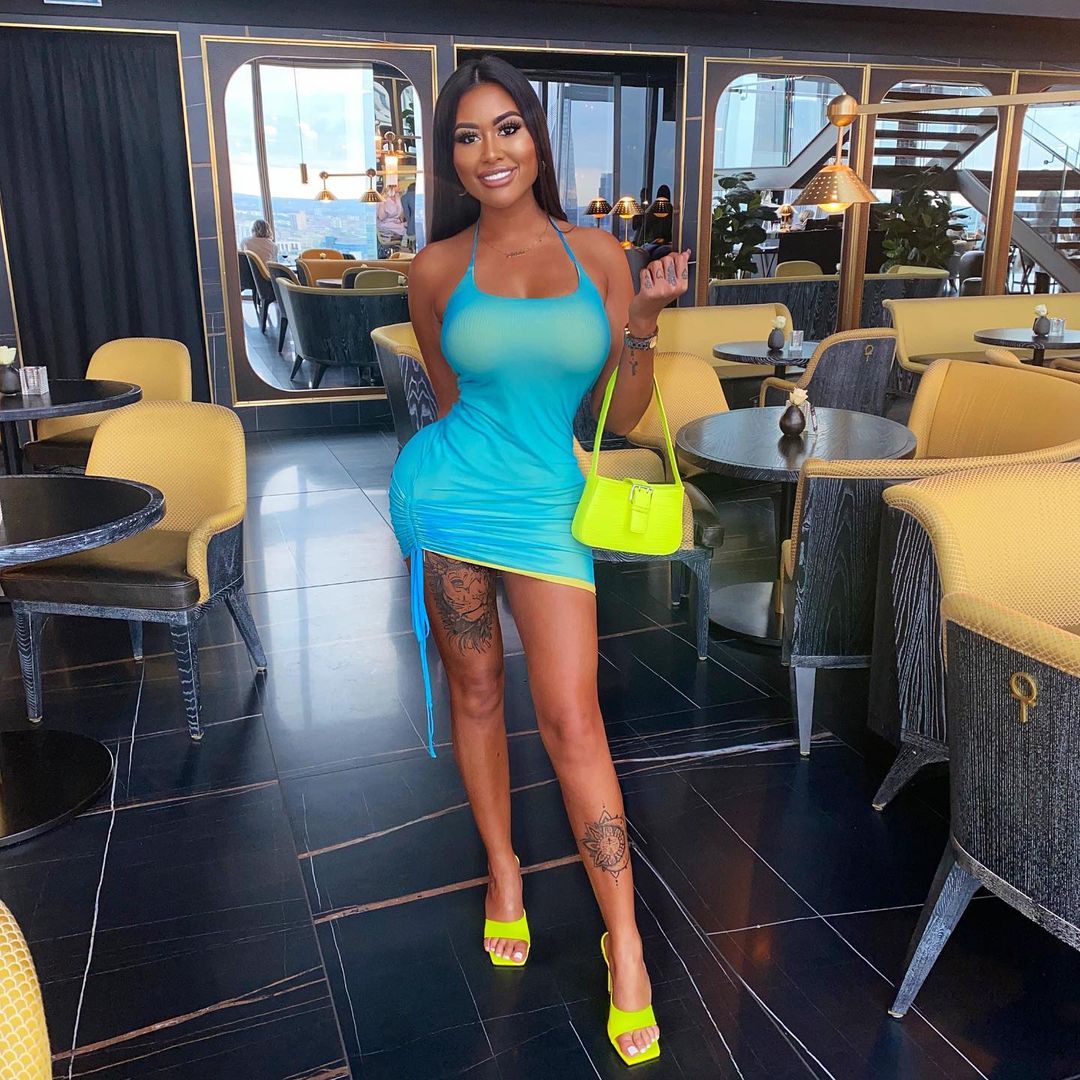 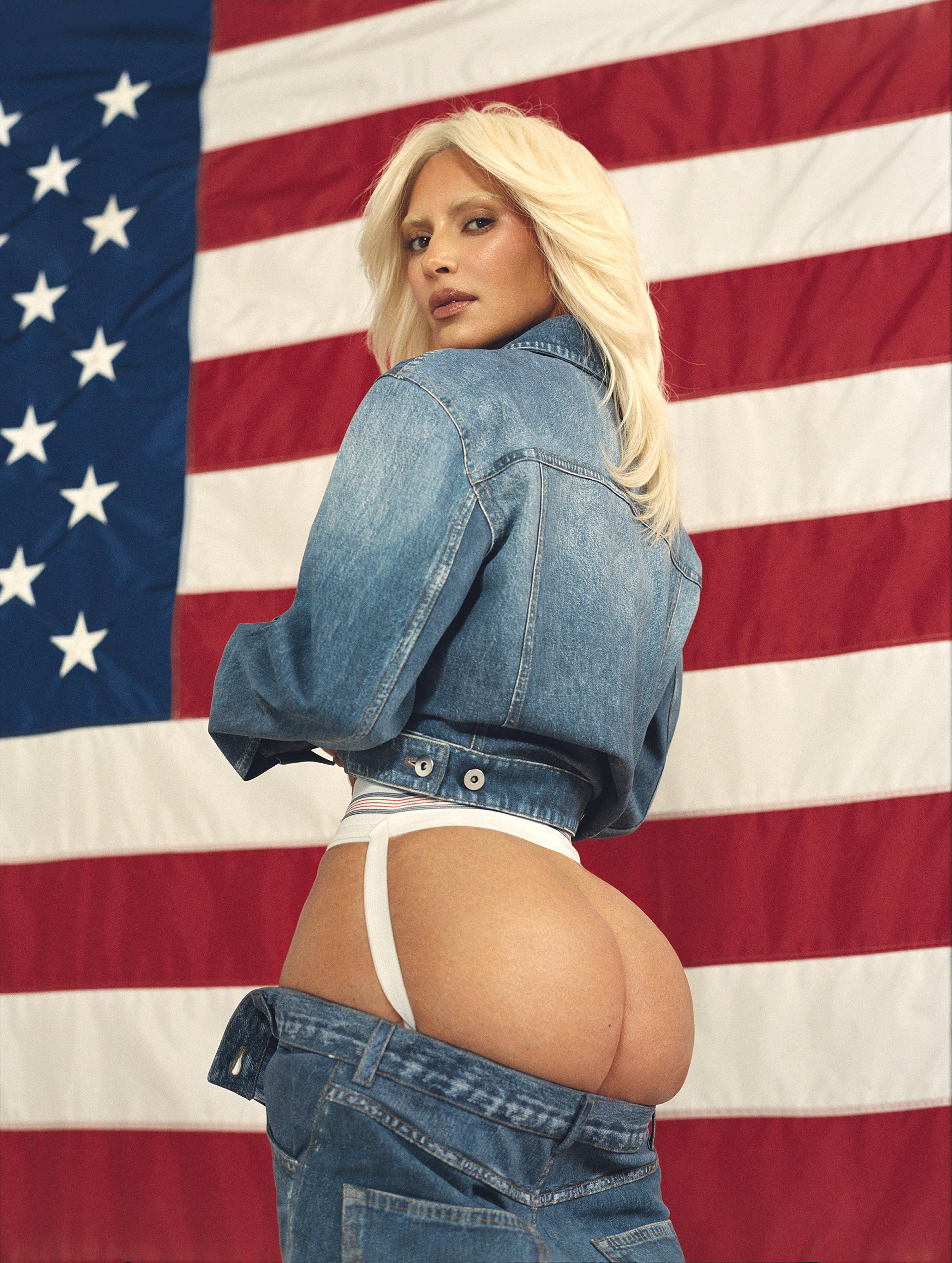 After Kim Kardashian this week appeared on the cover of Interview magazine in a jockstrap and denims too tight to pull over her bottom, size-eight Nikita says ill-fitting jeans are a real issue.

The 28-year-old, who appeared on Channel 4’s Married At First Sight last year, says: “I can’t tell you the last time I wore jeans, because they can fit the waist, but can’t fit my bum properly.

“Or if I get a bigger waist, it ends up all baggy at the back. I rarely wear denim shorts because they don’t fit and I try to stay away from zips as much as I can. They can pop or they won’t go up all the way.

“If I wear something that’s got an elasticated band or material that stretches, I know I won’t have a hard time. 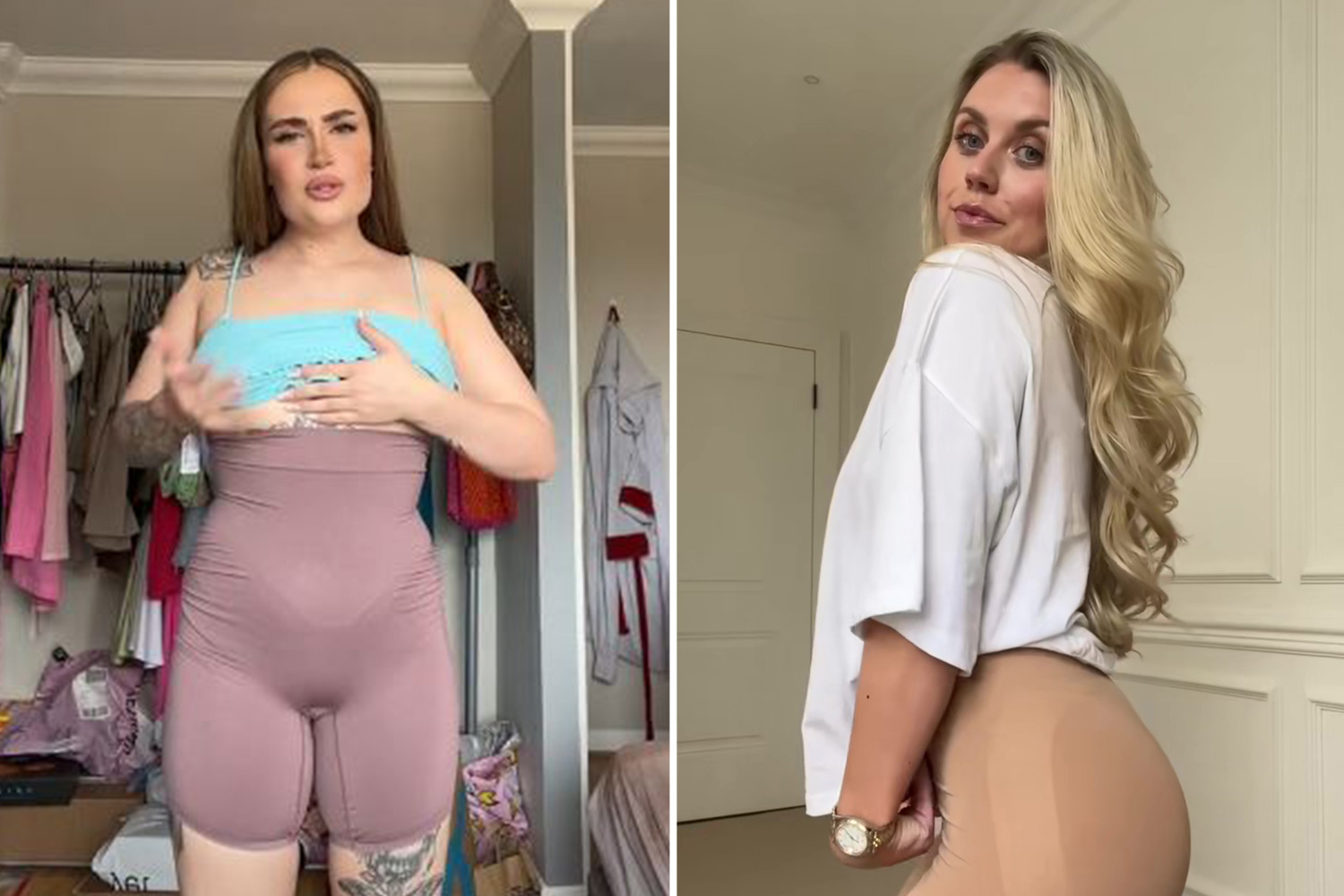 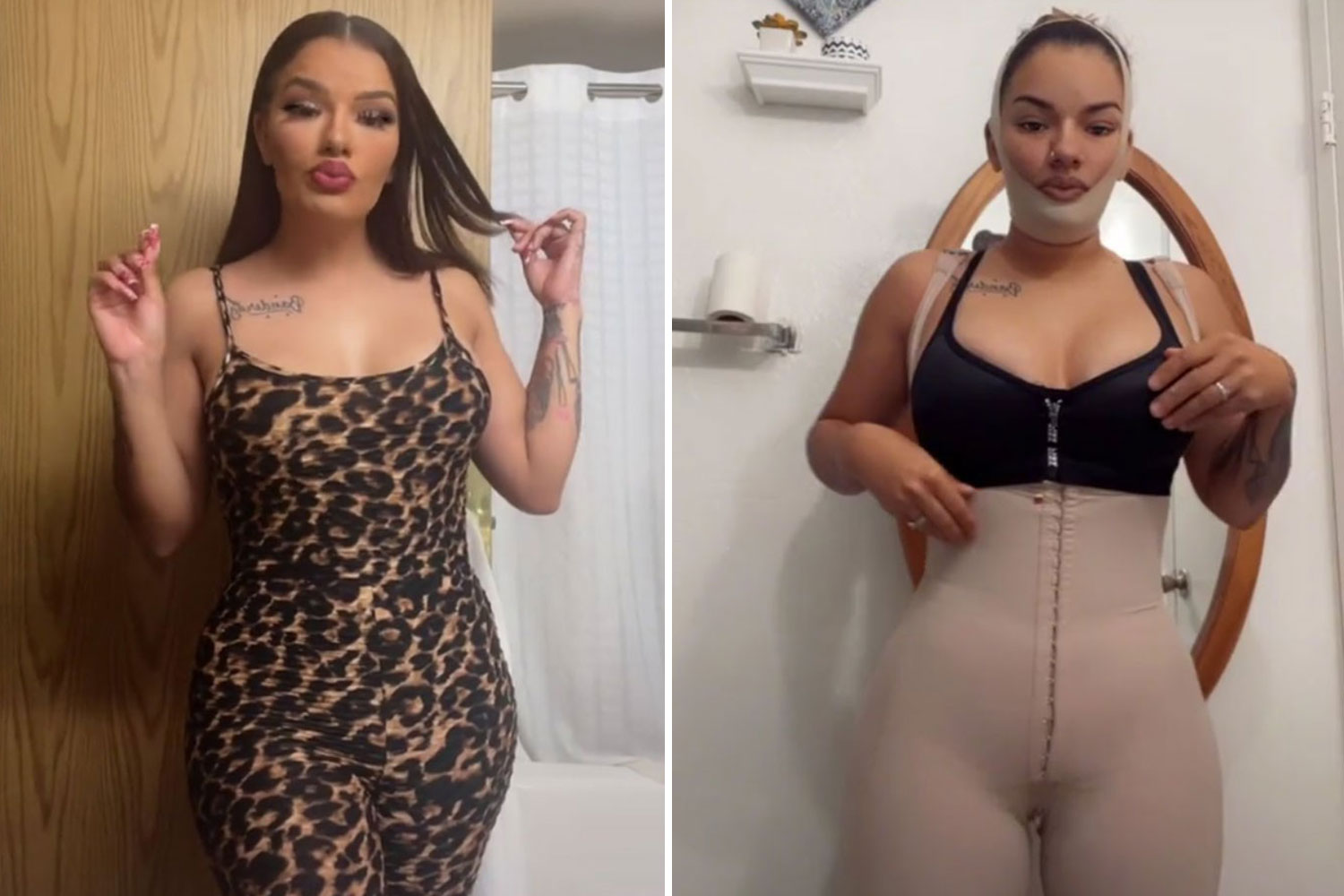 “It’s sad if you want to change your style by wearing something new and fashionable that’s just out — it might not fit.”

Nikita admits that Kim, 41, who has always denied rumours she has surgically enhanced her bum, inspired her to go under the knife.

She says: “I liked that she had the hourglass figure, because you can’t get that figure from the gym.

“Don’t get me wrong, if you get lipo and a BBL (Brazilian bum lift), obviously you train afterwards to keep the physique but there’s no way you’re going to be naturally gifted with that perfect hourglass figure — slim waist, big hips and peachy bum.”

A BBL involves the patient getting liposuction before the fat is then transferred into the bottom to create a fuller shape.

In the UK the procedure costs approximately £7,000, while in Turkey it is around half the price.

Nikita says: “I feel like Kim inspired the world to have BBLs. Five years ago it was the craze — the bigger the bum, the better.

“She’s the most famous person in the world, with the most followers out of every celebrity. Naturally, girls think, ‘I want that bum’.” 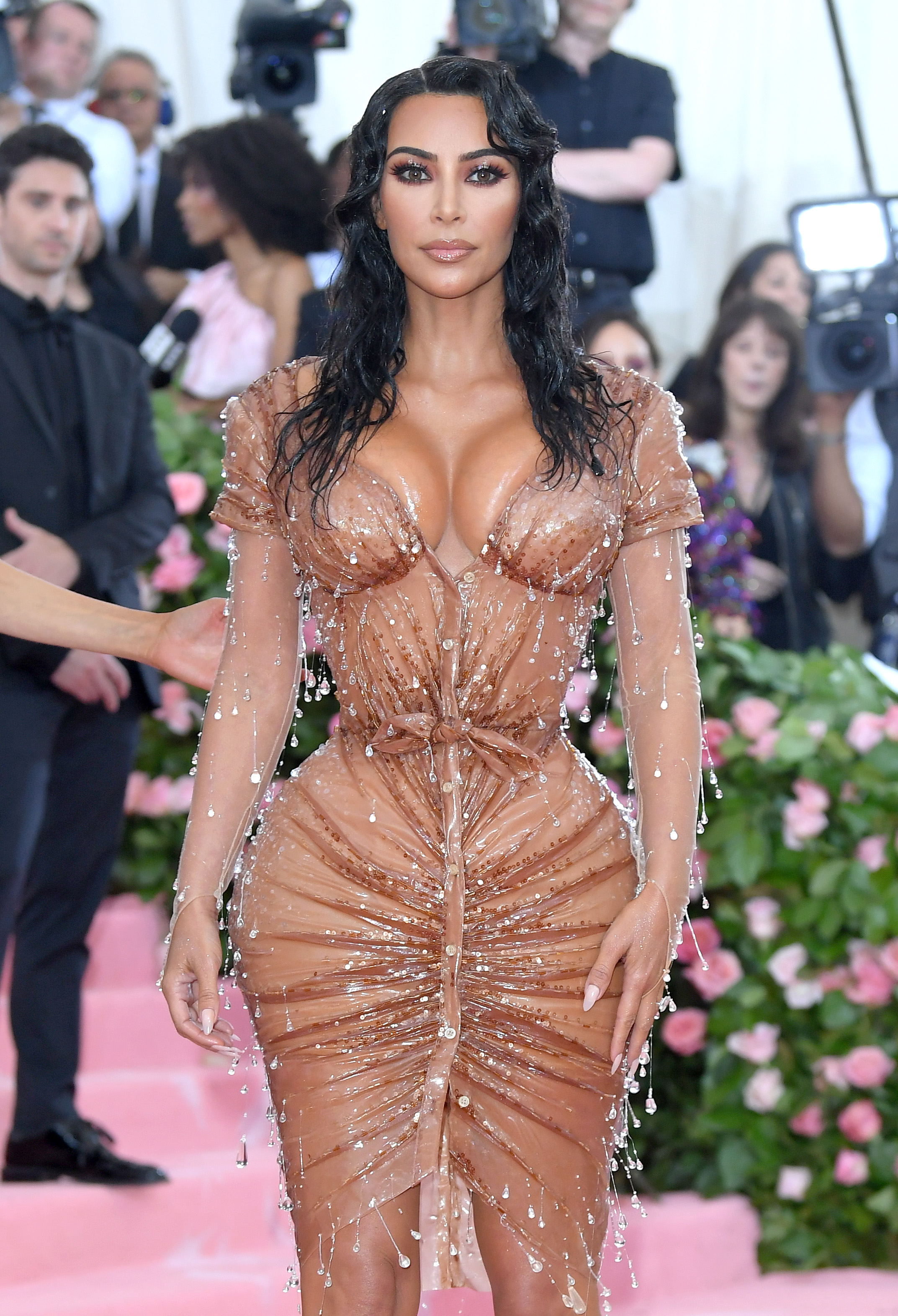 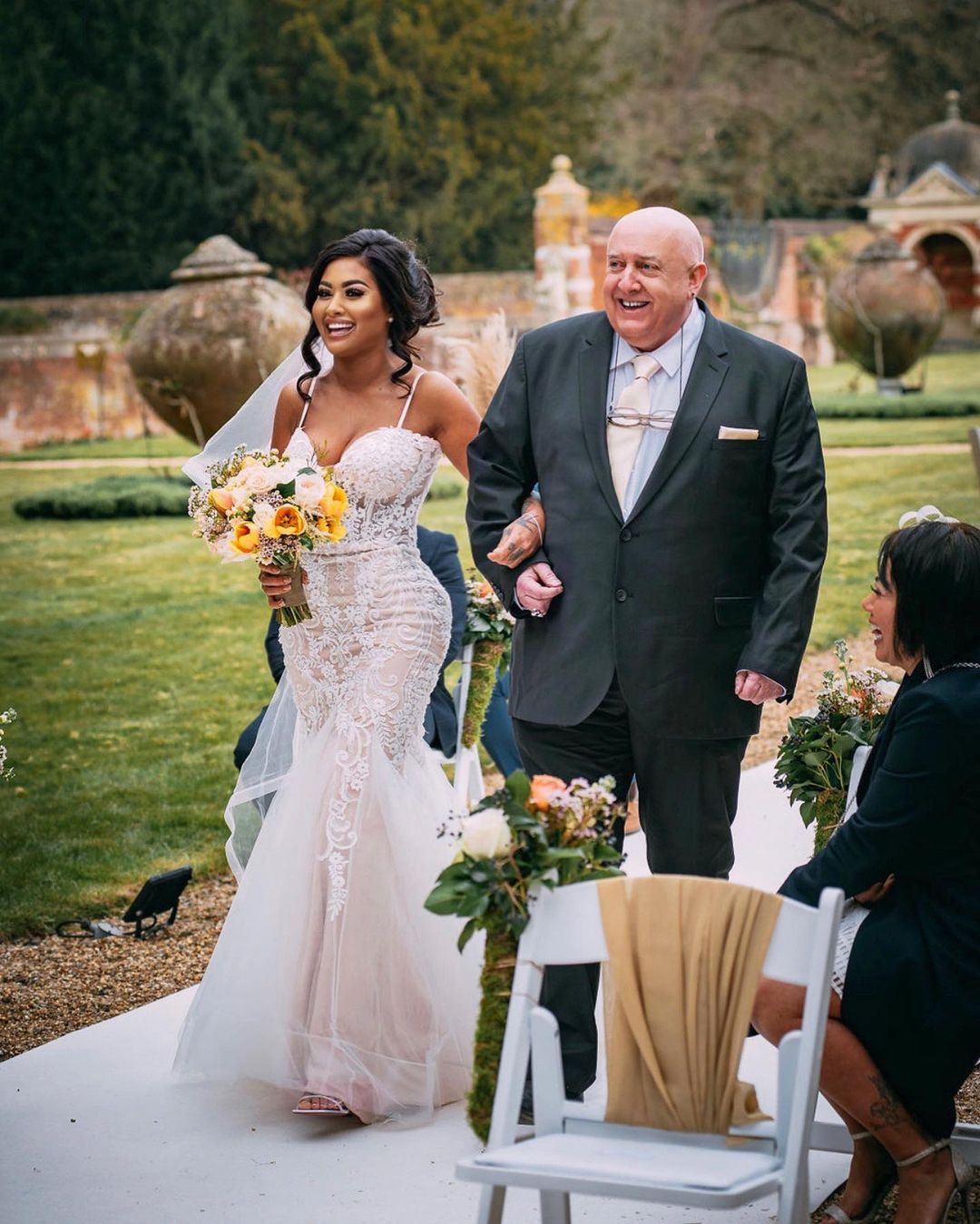 Nikita adds: “I’d like to ask her what made her put it all over social media knowing that younger girls would look up to her and be influenced by her.”

Nikita had a second bum lift in May 2019, she’s also had two breast enlargements, plus an uplift and a reduction. She’s also had a nose job and three rounds of full-body lipo, all in Turkey.

Nikita, who worked in sales before finding fame on the reality show, says the BBL procedures were the most excruciating of all.

She adds: “It was the worst pain I’ve ever had. They put a rod into your stomach and chop the fat up, like keyhole incisions.

“You’re supposed to put weight on beforehand, as much as you can, because the more weight you have the more can go into your bum.

“I got the fat removed from my stomach, back and love handles, then I got it put in my bum.

“Then the year after, I got full body lipo, so I got it done in my chin, arms, bingo wings, stomach and my back, and I had that put into my bum. Obviously, your bum’s really sore then you can’t lie on it for six to eight weeks because it can crush the fat cells.

I feel like Kim inspired the world to have BBLs. Five years ago it was the craze — the bigger the bum, the better.

“You get given a BBL cushion that you put underneath your thighs, so basically your bum’s hanging off the seat.

“I worked in an office so I had to use the cushion for eight hours a day.

“To go to bed was a nightmare because I got multiple procedures done at the same time — I was a bit of a nutter.”

Nikita also had an allergic reaction to the medication she was given.

She says: “You hear horror stories about girls who haven’t looked after their incisions properly, or where tools haven’t been cleaned and they end up having a really bad infection with pus oozing out.

“I was given water tablets because basically you swell up and go all bruised, and they flush all the water out of your system.

“But I was allergic to them and I had to go to hospital. I had a bit of a bad turn.

“My eyes went all bloodshot and were dry and I started to feel sick and dizzy.

“So I wasn’t allowed to take them, so I was swollen and full of water for longer.”

Once the trauma of surgery had subsided, Nikita was keen to hit the gym to maintain her new figure. However, she found that much of the fat transferred to her bum disappeared.

She says: “You lose 30 per cent of the fat straight after your BBL. If you go to the gym and do cardio you lose loads of fat too.

I got the fat removed from my stomach, back and love handles, then I got it put in my bum.

“I started training once I’d healed and my bum just dropped off.

“That’s why I went back seven months later to get another one.”

Since then Nikita has maintained her curvier bottom, and while it’s the shape she wanted, it is nearly impossible to dress as she did before.

She says: “I’ve had to get rid of loads of clothes. I live in gym sets day to day because they’re tight and stretchy.”

Despite Kim proudly showing off her bountiful backside this week, Nikita believes we will soon see the back of the BBL trend.

But that doesn’t mean Nikita would consider having hers reversed.

She says: “I can’t say I regret my surgeries but I do wish I wasn’t so insecure a few years ago, because I’m a really confident girl now.

“And my views on surgery have changed.

“I have heard more horror stories and I watch the US show Botched — and it has really made me think.”

15/09/2022 Fashion Comments Off on I had agonising surgery TWICE to get a bum like Kim Kardashian – I was hospitalised, nothing fits & jeans are nightmare | The Sun
Lifestyle