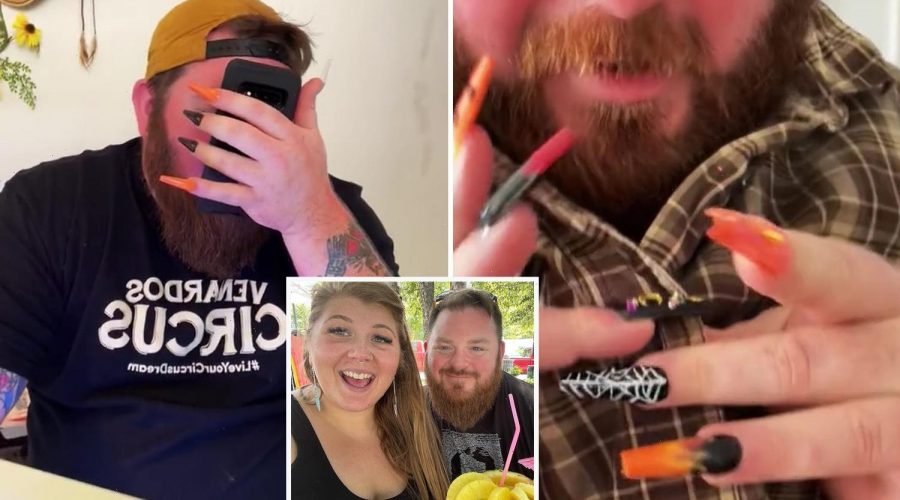 A NAIL technician called her boyfriend's bluff when he announced wearing a full set of acrylic nails "couldn't be that hard".

Caitlin Barlow, 29, needed a model in order to practice her craft so boyfriend Chris Heyes, 35, offered up his own fair hands for the upgrade – without understanding what he was getting himself into. 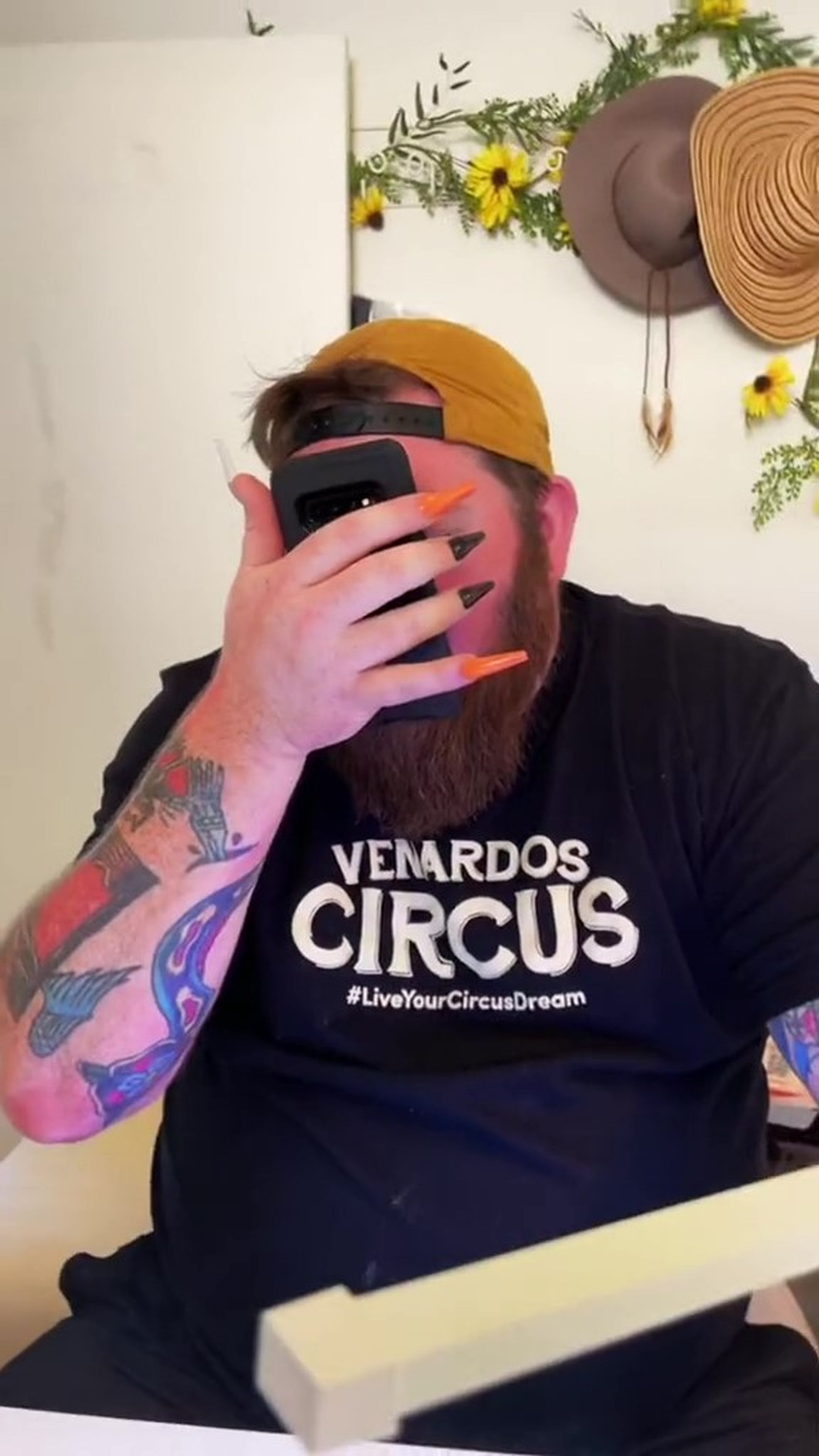 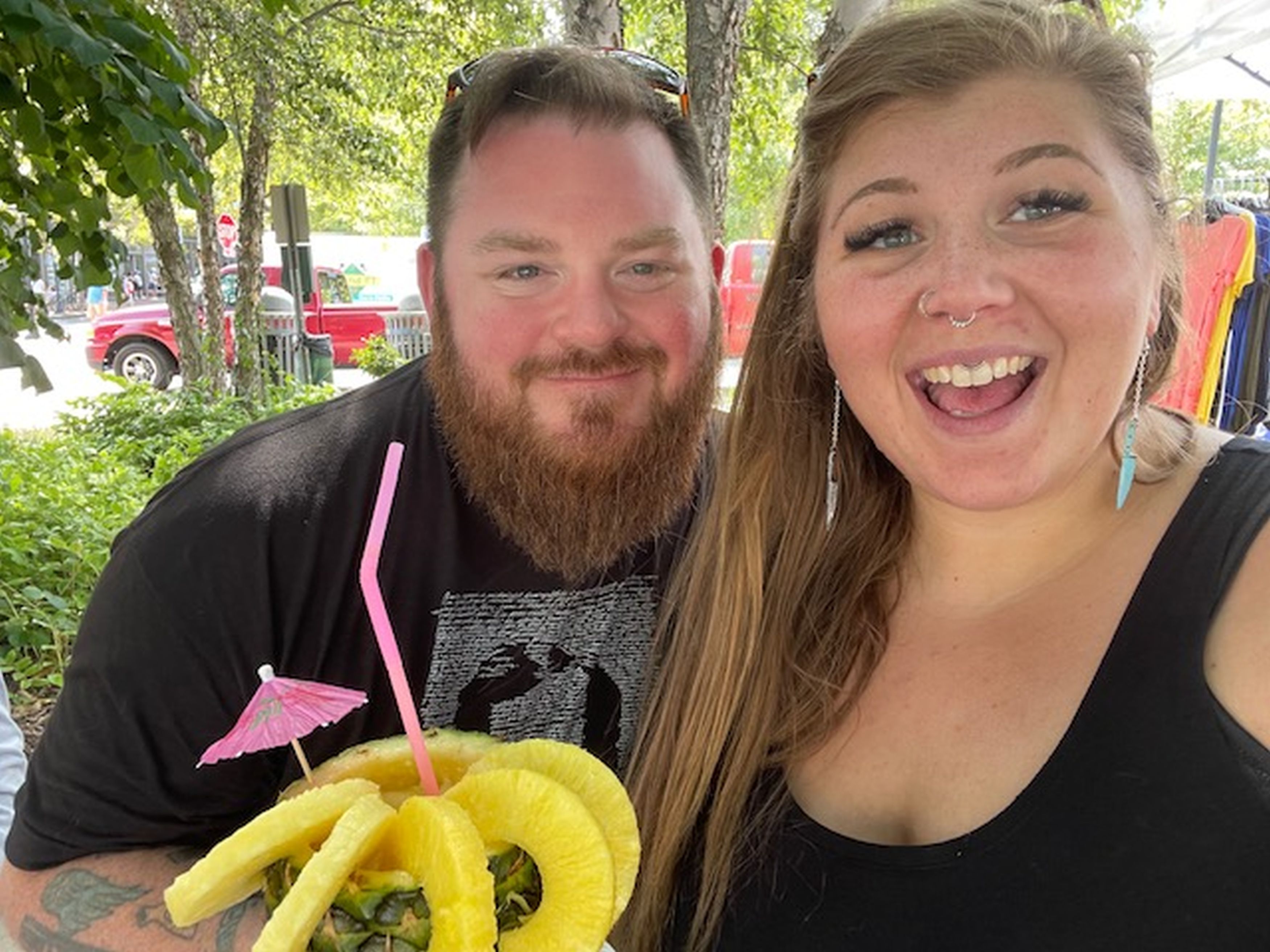 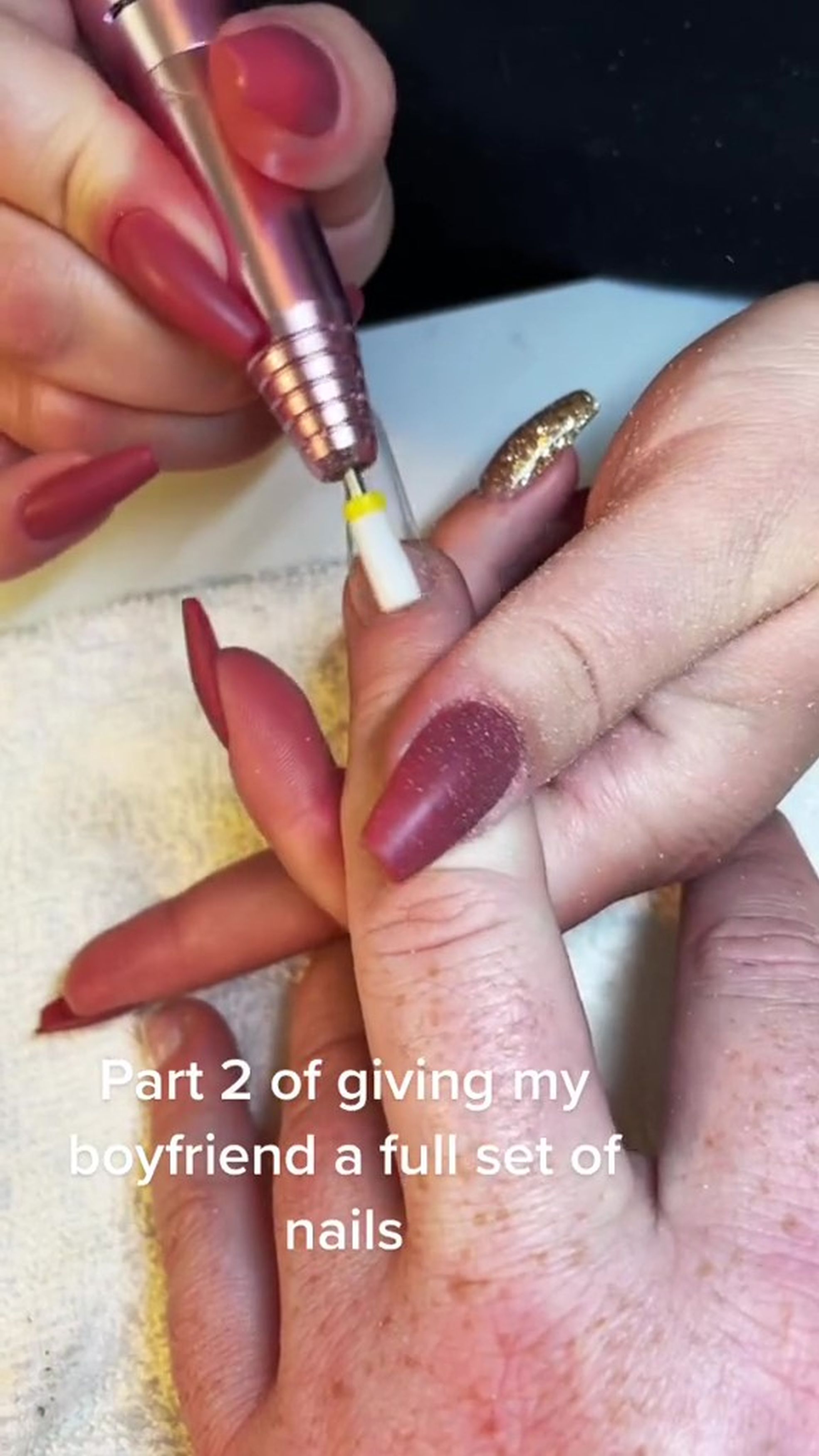 She went easy on him with a set of half-inch nails but he was still unable to perform every day tasks like scrolling on his phone.

The North Carolina couple uploaded a video of Chris unable to pick up coins he'd dropped on the floor and struggling to remove his bank card from the machine at a petrol station.

Then Caitlin decided he needed to feel the full force of the situation and upgraded his talons to a full 1.5 inches meaning he now couldn't even do up his own buttons.

He also wasn't able to relieve himself properly with the new fixtures, shouting from the loo that: "even grandpa could do it after having a stroke".

Chris said: "It was like learning to walk for the first time. I had to relearn how to do everything. I didn’t realise how much I use my fingertips during the day.

"Having the fake nails on short circuited my brain. The most difficult tasks were the ones which are normally the simplest.

"I found it almost impossible to button a shirt, unbuckle a seatbelt, just getting out of the car was tough.

"Trying to get a debit card out of any slot was so difficult and it just made me realise how much I take my fingers for granted.

"Fortunately this was on a day off for me because I would have broken each and every glass in work.

"Because Caitlin didn't have the practice hand, I volunteered. I figured it wouldn't be that hard having long nails like hers. I was wrong."

The hilarious clips of Chris navigating his manicure have been viewed more than 13 million times with plenty of women chipping in to say they can't believe he's finding it so difficult.

One person said: "Y'all don't get it. Those are short how is he struggling that much?"

Another said: "Have him try typing on a computer keyboard. If he thinks the phone is bad just wait until he finds out."

While third said: "Major respect for educating him. Men have no clue." 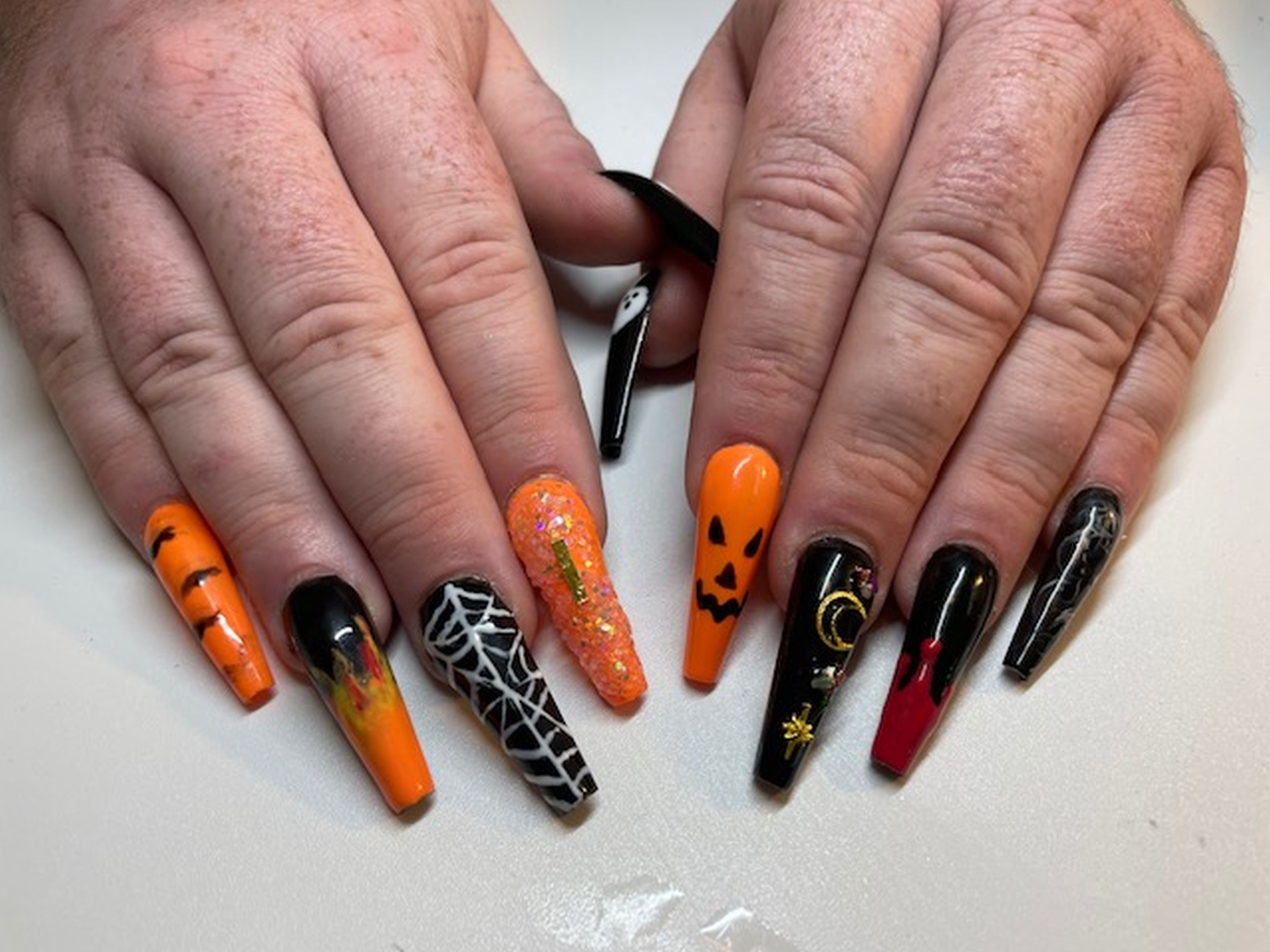 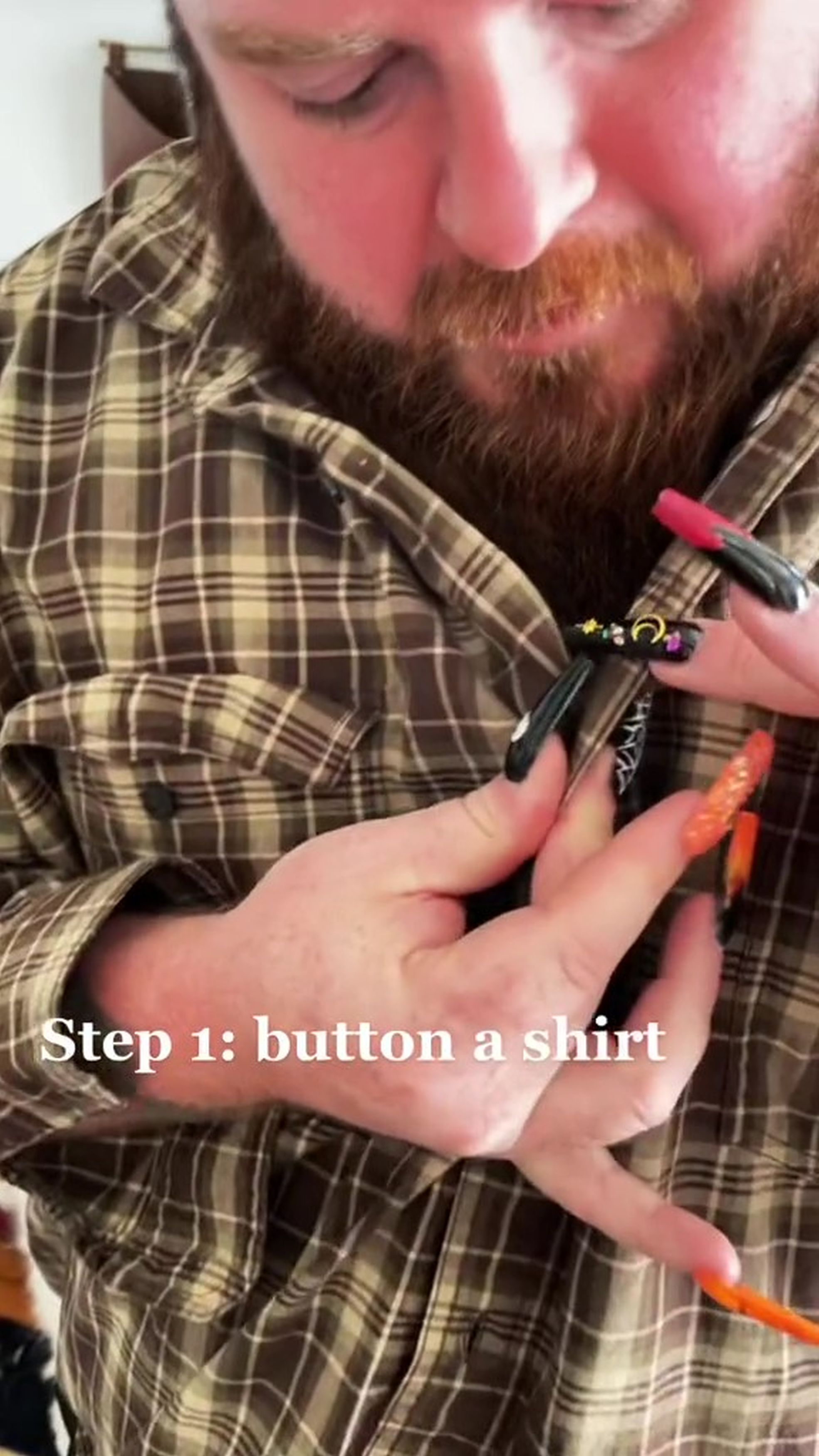 For more beauty stories, Superdrug workers have revealed which bargain perfumes are the EXACT dupes of pricey designer versions including Chloe and Dior.

And this woman shared her step-by-step guide on how to not wash your hair for a week WITHOUT it getting greasy.

Plus shoppers showed off their HUGE beauty gift set hauls from Superdrug, Asda & Wilko sales – after spending as little as 49p.