A MUM has revealed the disastrous results of the £20 tattoo she had inked on a holiday to Skegness.

TikTok user Courtney Mcauliffe shared a video displaying the tribute to her son Rueben on her forearm. 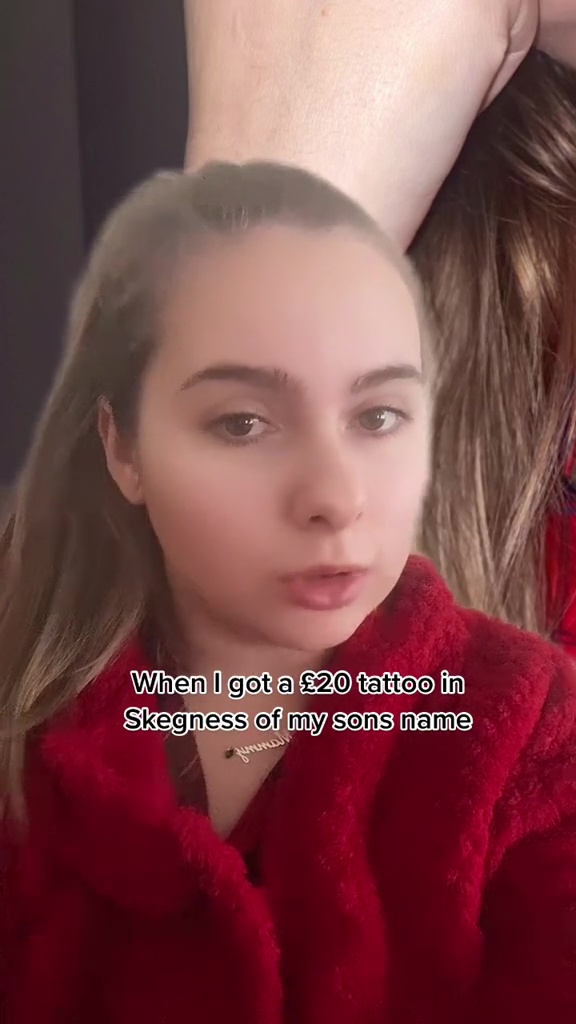 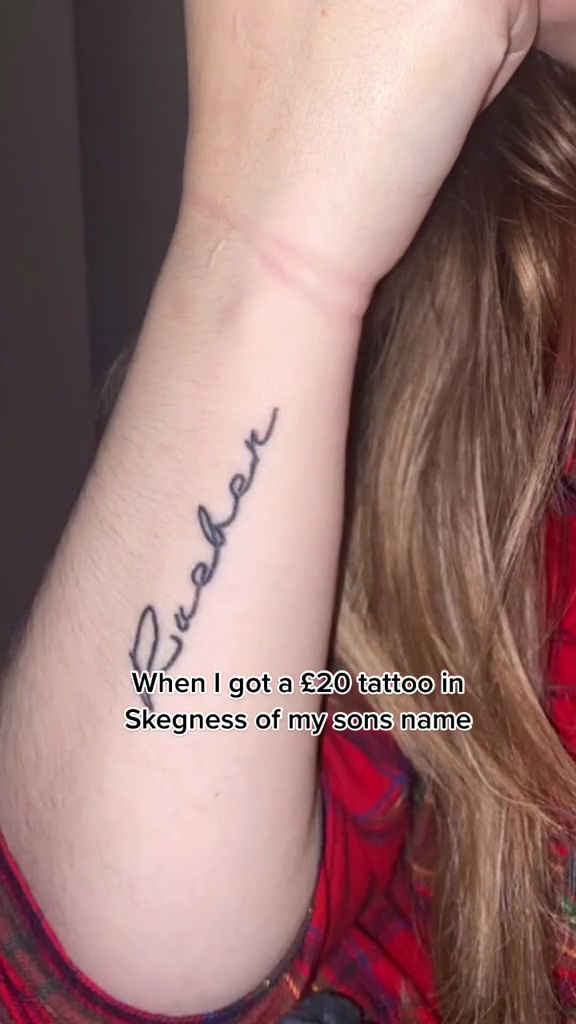 Admitting that she’d give the tattoo a 1/10, she revealed the very shaky lettering that spelled out her kid’s names.

Captioning her video, she wrote: “When I got a £20 tattoo in Skegness with my son’s name.

"You get what you pay for.”

Courtney later admitted that while she “doesn’t regret it” she wouldn’t do it again, adding that her “one-year-old could do better.”

The video has since amassed over 35,000 views and dozens of comments from people left in stitches over her inking.

One wrote: “I would rather have my eyes pulled out with rusty forks!”

Harry slammed as ‘beyond appalling’ for ‘hurting’ Queen amid security row

“Did a doctor write it?” joked another, while a third wrote, “It could have been a lot worse!”

For more tattoo disasters, this woman designed matching tattoos for herself and her sister and it went horribly wrong.

Meanwhile, this woman wanted Abba lyrics tattooed but got the words wrong.

Plus, this woman got eyes tattooed on my legs and they're so bad she's shaming herself.

17/01/2022 Fashion Comments Off on I spent £20 on a tattoo off my son’s name in Skegness… it’s awful, you definitely do get what you pay for
Lifestyle