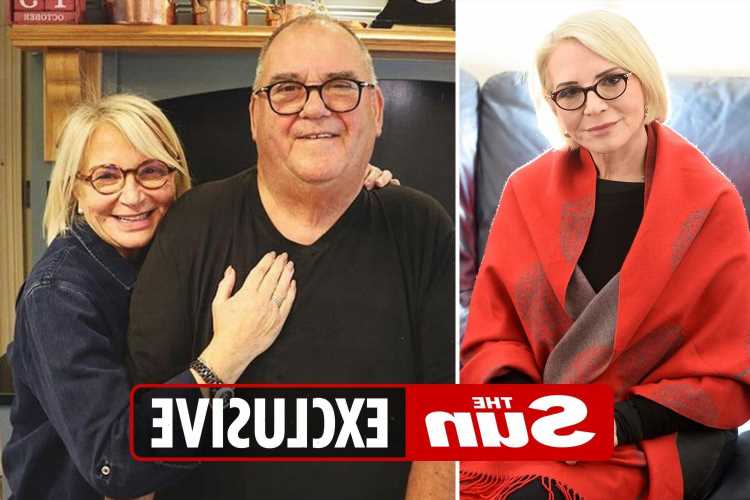 SALLY Morgan spent much of the pandemic penning an uplifting book to help people through dark times and deal with the grief of losing a loved one.

But in a cruel twist of fate, on the day it went to press in September, the renowned medium suffered a tragedy of her own – when her beloved husband John died of Covid at the age of 73. 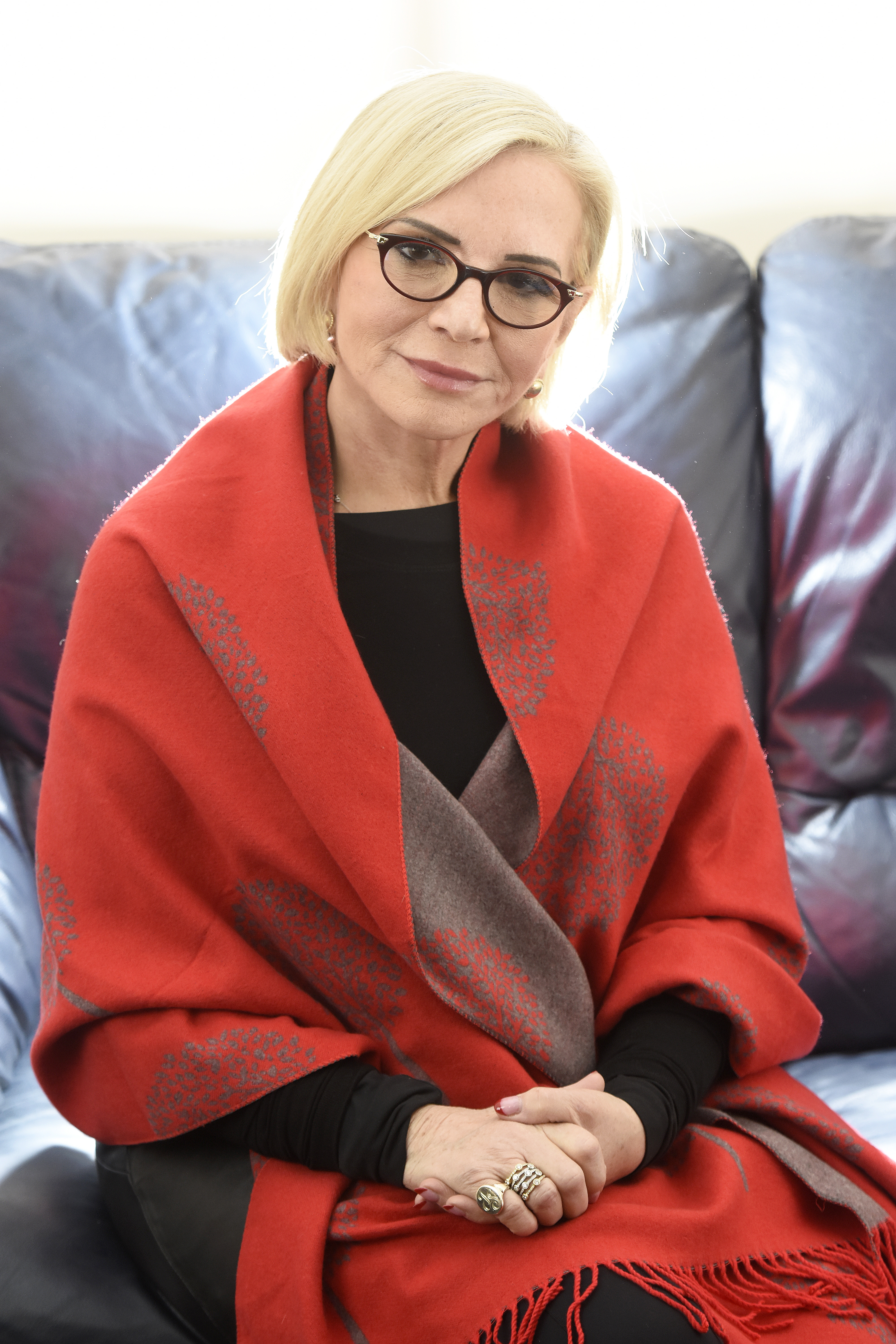 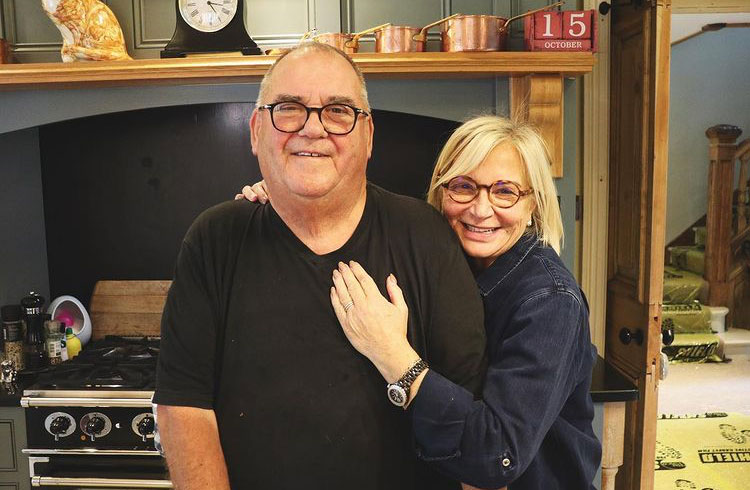 The couple had been married 46 years and John, who had been double vaccinated, died in her arms at East Surrey hospital.

Now in her first interview since his passing, psychic Sally, 70, opens up about the "physical pain" of losing the man who has been her rock throughout her career – and how she still talks to him now, even though he's gone.

“I’ve lost grandparents and an uncle I was close to, but I’ve never been through the grief that I'm experiencing now,” she tells The Sun.

“It's like someone has put a sawn-off shotgun at my chest and shot me. It’s blown me away, it's opened me up completely.”

Sally’s work as a psychic, both in private sessions and on her sell-out stage tours, has been bringing her into contact with grieving families for decades.

Her new book, Secret Spirit, encourages readers to get in touch with their spirituality to help them tackle grief and mental illness.

The moving dedication at the front reads: “To his Lordship, John: My life, my love, my world. Fly high my darling. I know you will be forever walking by my side.”

But it is the opening line, written before John became ill, which now resonates with Sally: “The world has changed, and it will never go back to the way it was before.”

Now Sally, who famously worked for Princess Diana and in 2009 claimed to have predicted her death a year before it happened, is looking to her own words to help her through her pain.

“My daughter said ‘why don't you read the book again? It's going to help you," and I said, ‘But I wrote it!’ Even so, I am going to read it for help,” she says.

“When Buckingham Palace was bombed in the Second World War, the Queen Mother famously said, ‘Now I can look the East End in the eye’, and that’s how I feel now when I'm talking to people that have lost somebody.

“I now fully understand how that feels. Most days, it's like someone has picked me up and shaken out every thought, every memory and everything that normally sits in my head. It's empty.

“But there’s a physical pain in my chest, with so much pent up emotion sitting there.”

“When Buckingham Palace was bombed in WWII, the Queen Mother famously said, ‘Now I can look the East End in the eye’… that’s how I feel now when I'm talking to people that have lost somebody

The couple met when Sally was 17 and growing up in Fulham, South London. They became an item 50 years ago, marrying four years later and having two daughters, Fern and Rebecca.

Sally – who has starred in TV shows including ITV’s Star Psychic and Sky Living's Psychic Sally: On the Road – was set to film a new Channel 4 series in September when the couple both tested positive for Covid.

“We thought it couldn’t be right because, apart from John going to the supermarket, we hadn't gone out,” she says.

“We were both double vaccinated and John always wore a mask wherever he went.

“But on September 8, John got really ill and was having rigors, which is uncontrollable shaking caused by high temperatures, which look like a seizure, so I called an ambulance.

“I watched him leave and shut the door and thought ‘I don't know if I'm ever going to see him again.’ But what was strange is that, on that day, I did something I’d never done before, and took a picture of John asleep in the chair.

“It turned out to be the last picture I've ever got of him, because six hours later he was in hospital.”

Sally wasn’t able to visit but a few days later he called, in some distress, and said they were going to move him to intensive care.

“It was horrific,” she says. “He was obviously struggling to breathe and he said they were going to intubate him.”

Three days before he died, Sally was allowed into the ward.

“As I walked in, I looked at the doctor and I said, ‘That's not my husband. He's gone. My husband's dead,’” she recalls.

“By this time he was on dialysis, his kidneys had failed and he had sepsis. But he'd gone. His body had given up.”

As I walked in, I looked at the doctor and I said, ‘That's not my husband. He's gone. My husband's dead'

After a meeting with the doctors, Sally and her daughters made the heartbreaking decision to put John on a Do Not Resuscitate (DNR) order.

John passed away on September 27, with Sally lying on his bed next to him.

Two days later, at their Surrey home, she says her sent her a sign.

“I was coming out of my bathroom into my bedroom and I saw him sitting on the bed looking down at his feet. His back was curved.

“It was a split second, gone in the blink of an eye. I took a sharp intake of breath and thought, ‘Don't be silly’. But the next thought was ‘No, that was him.’ That really comforted me.

“I know he's in the house. I don't sleep very much at the moment and I walk around but I know he's here with me, protecting me.

“He talks to me. It's a thought pattern, which is exactly how I get a reading when I’m conveying messages to others.

“I can hear his voice in my head, saying ‘What are you crying for?’

“Whenever something went wrong for me and I’d say ‘Oh my God, what are we going to do?’ He would say, ‘Let's just start from a new perspective’. I knew him so well that I know exactly how he would handle things, and that gets me through each day.”

He talks to me. It's a thought pattern, which is exactly how I get a reading when I’m conveying messages to others

John – who worked as a greengrocer – was a huge support in Sally’s burgeoning career, looking after the children while she worked and later becoming her manager.

“He was an amazing father, an amazing husband and a very proud granddad to our four grandsons,” she says.

“We had complete and utter trust in our marriage. We had our ups and downs, especially when I was younger because I could be quite volatile, but John was different, very calm, collected and laid back.

"He loved to help people and would give you anything he had. He was loved by so many people, there were over 200 at his funeral.”

Despite feeling he is always with her, the celebrated medium misses coming home to John and says she is learning to cope with the practical side of looking after the house, which he had always done.

“I miss his smell, because he was so clean and, if he was sitting down, I would kiss the top of his head, so I miss the smell of his hair,” she says.

“And, it sounds awful, but I miss the practical things, because he did everything. For the first time ever I’m running out of milk and bread. My fridge and cupboards were always full to the brim, but if you open my fridge now it's empty.

“I keep forgetting to feed my poor dogs and to feed the cat.

“I miss him just being there, and having him to talk to. I was always on tour but when I got home, I was just Sally and he accepted me as I was, which was brilliant.

“He was my rock, a permanent fixture and I thought he was never going away. But now he’s gone and he’s never coming back.”

Two months after losing John, Sally – a self-confessed workaholic – is back on tour and says her shows are helping her come to terms with her grief.

“My work is my saviour,” she says. “I told my team if I could be on tour every single day for the next year, book it in.

“I’m running away from what I have to face, which I have always advised others not to do. But, to be honest, I want to run away from my grief at the moment.

“I’m lucky to have a job that allows me to do that.”

Looking ahead to Christmas, Sally initially suggested the family celebrate with a meal out but she switched to hosting at home to be close to John.

“John loved Christmas at home so I want it to be special," she says.

"When we lose somebody that was our life, who we feel we can't live without, it changes us.

“You're never the same again. You can either look at that as a real negative and struggle to get out of that pit, or like me, believe there's maybe something better to come out of it.

“There's no doubt that if I can survive this, which I will have to do because of my children, I'll be stronger."

Secret Spirit is published by Mardle Books and is available now. 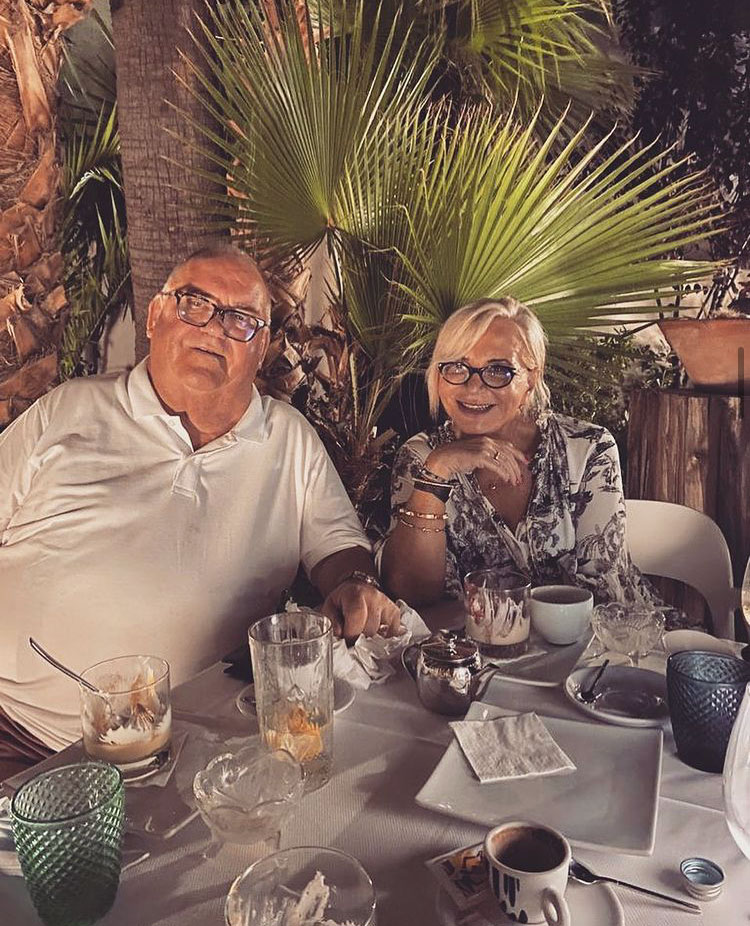 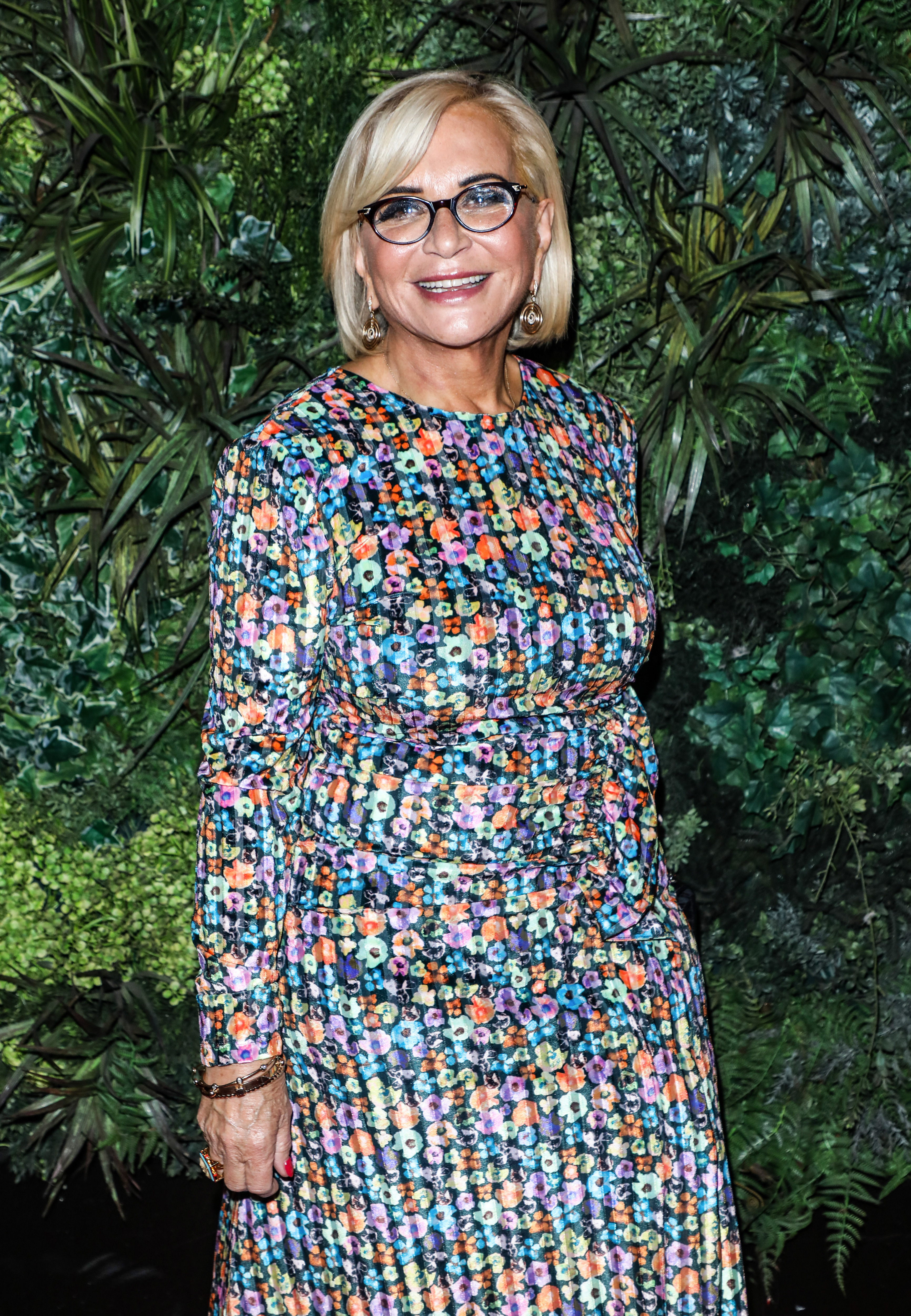 11/12/2021 Fashion Comments Off on I still speak to my dead husband – losing him to Covid felt like a gunshot to the chest, says psychic Sally Morgan
Lifestyle