MEDICAL settings can be high-anxiety environments, but one nurse has a natural asset that distracts her patients.

The young professional shared her work uniform on TikTok, and viewers were amazed by how well the plain clothes showed off her striking figure. 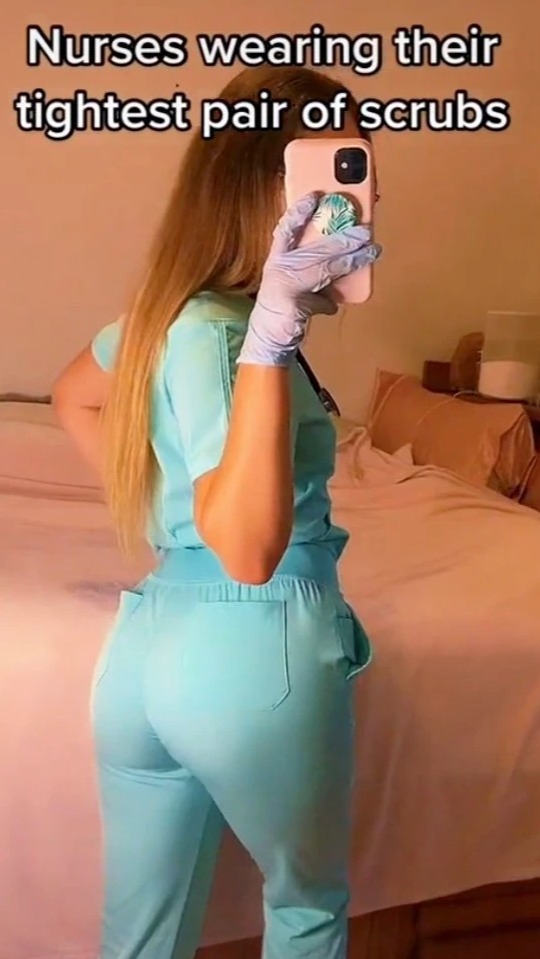 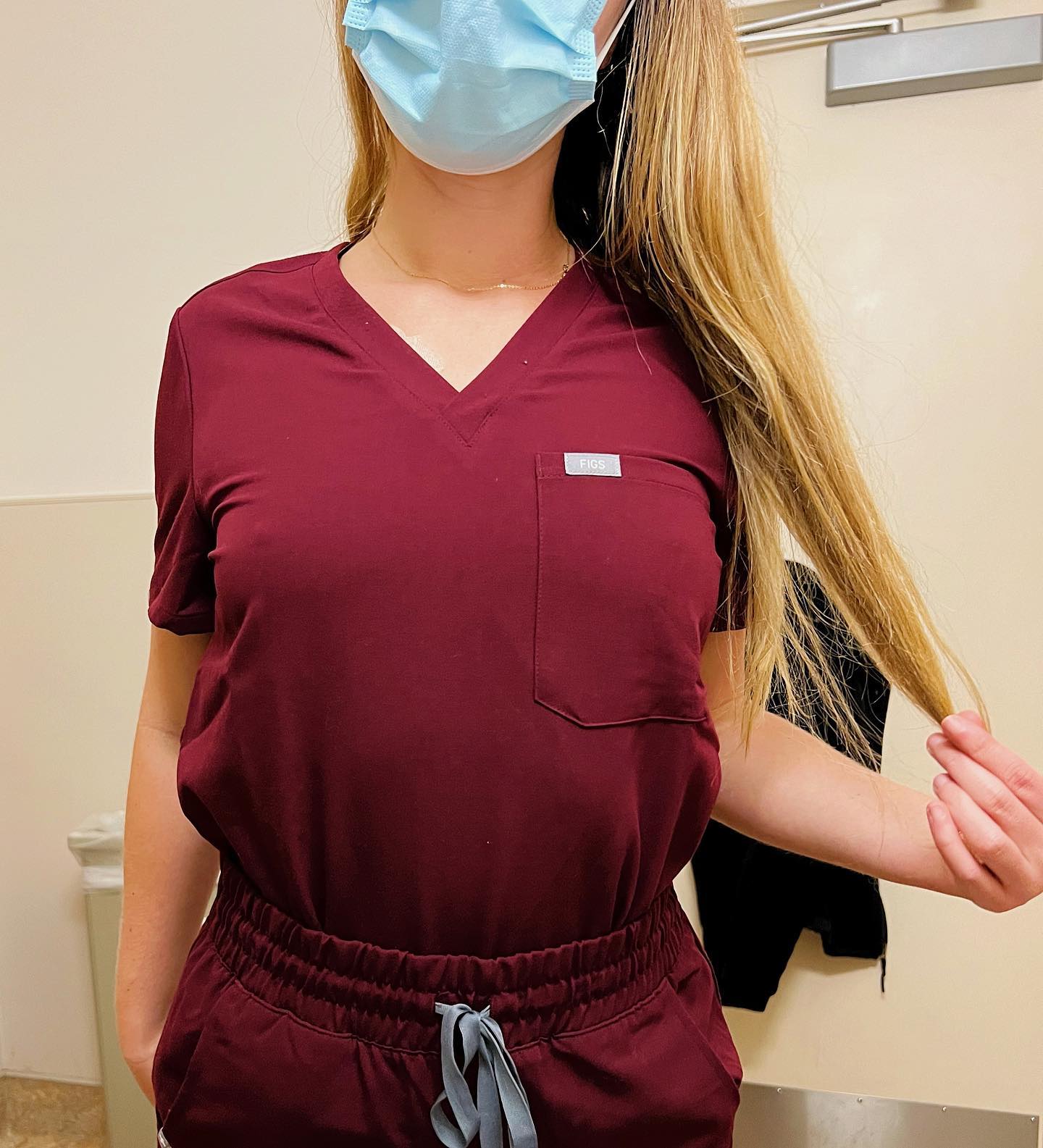 Currently, Anna is in graduate school to become a nurse practitioner, according to her TikTok.

While she doesn't show her face on social media, dedicated followers still might recognize her in a medical setting.

Her TikTok and Instagram are filled with scrubs-clad selfies that prove the basic work uniform can be exceptionally flattering.

In a recent clip, Anna modeled her favorite pair of scrubs, which also happens to be her tightest.

While she flexed and turned in the mirror, she played a cheeky sound clip – pun intended – of comedian Teddy Ray.

"What you doing out here with all this a**?" the voiceover said. "Double-cheeked up on a Thursday afternoon. Hella a**."

Her followers were quick to fill the comment section with compliments.

"Forget a Thursday, this is every day," one joked, responding to the sound clip Anna used.

"If you were my nurse I'd just make excuses to be at the doctor’s office," a person fantasized.

"It keeps the patient's heart [working] good," a man wrote.

A few were certain that if Anna looked so attractive in plain scrubs, she must be a showstopper outside of work. 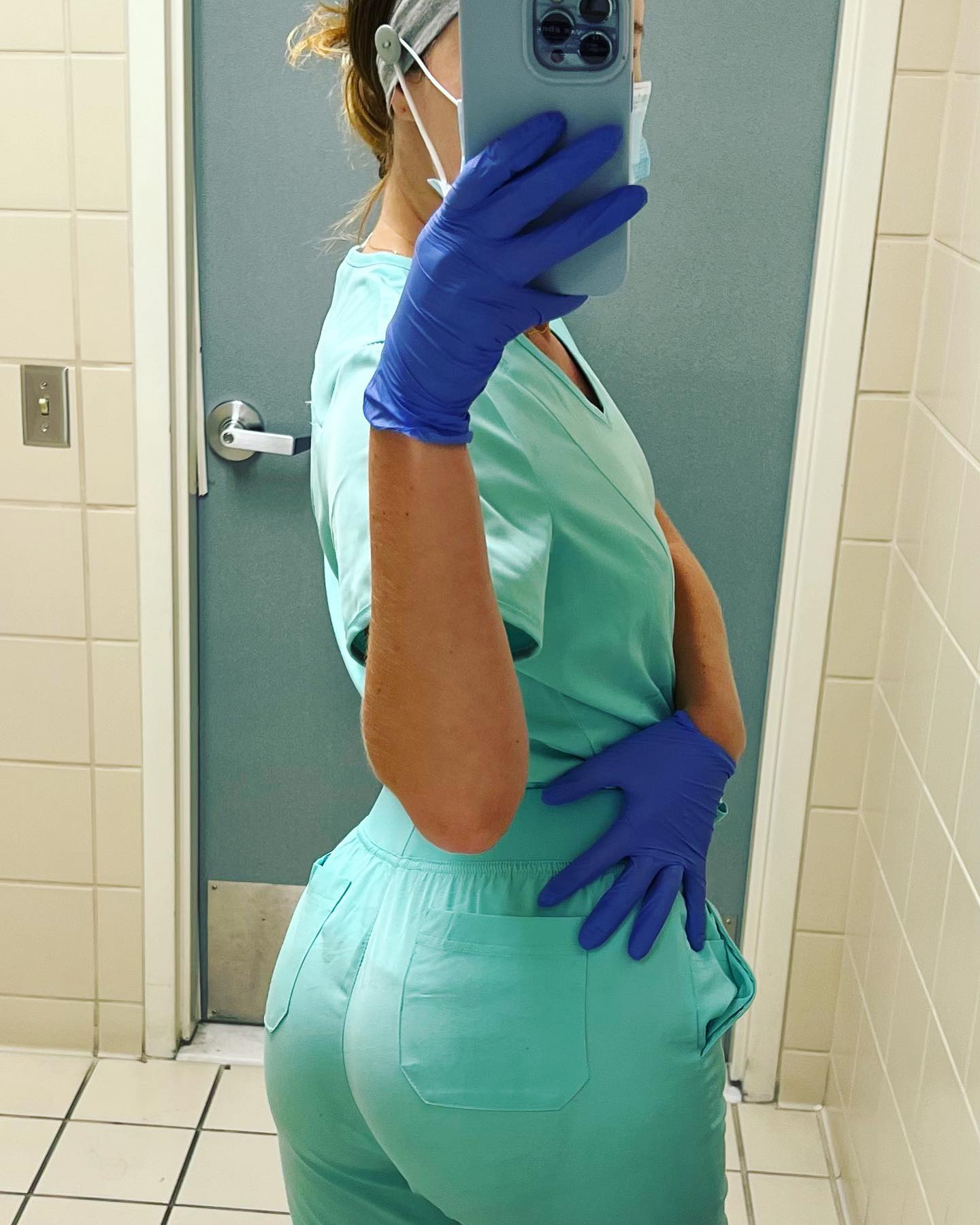 "Would love to see you in your civilian clothes," one person said. "I bet you look way better."

Anna did have a few negative comments, ranging from apathetic eye-rolls to explicit slut-shaming.

"'The nurse' used to be an honorable occupation," one disgruntled viewer wrote. "Now outside of work they're good for one thing."

Another said Anna was willing to show off her butt in the scrubs because it was "all she has."

"She won’t even talk or show her face," the troll criticized.

But the primary attitude in the comments was one of admiration and gratitude.

"On behalf of every patient…Thank you!" a man said, summing things up nicely.