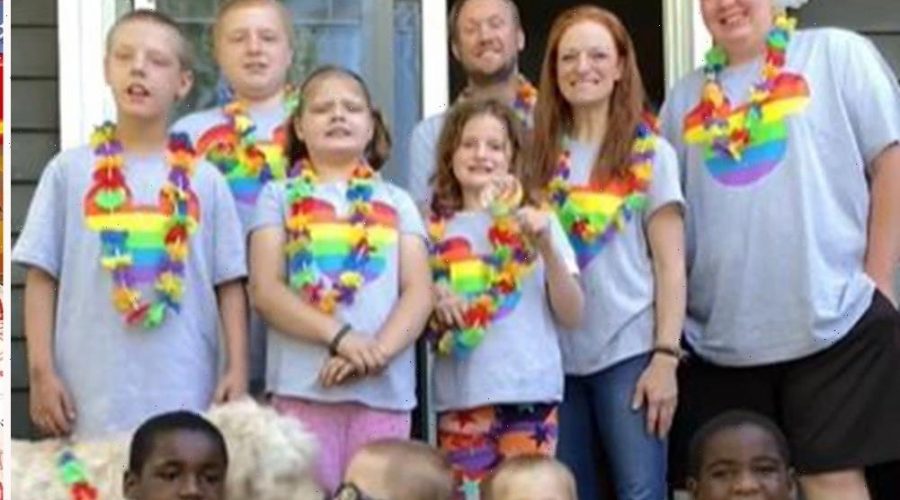 RAISING kids certainly isn't easy, but parenting has no limits for this mum-of-10 who adopted six kids – as well as having four biological babies of her own.

Alicia and Josh Dougherty, from Pittsford, New York, share details about their family online, and often reveal exactly how much food is required to sustain their massive brood. 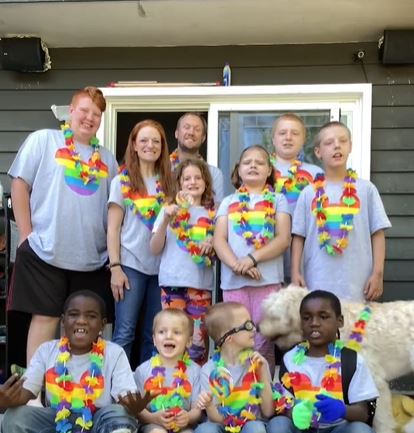 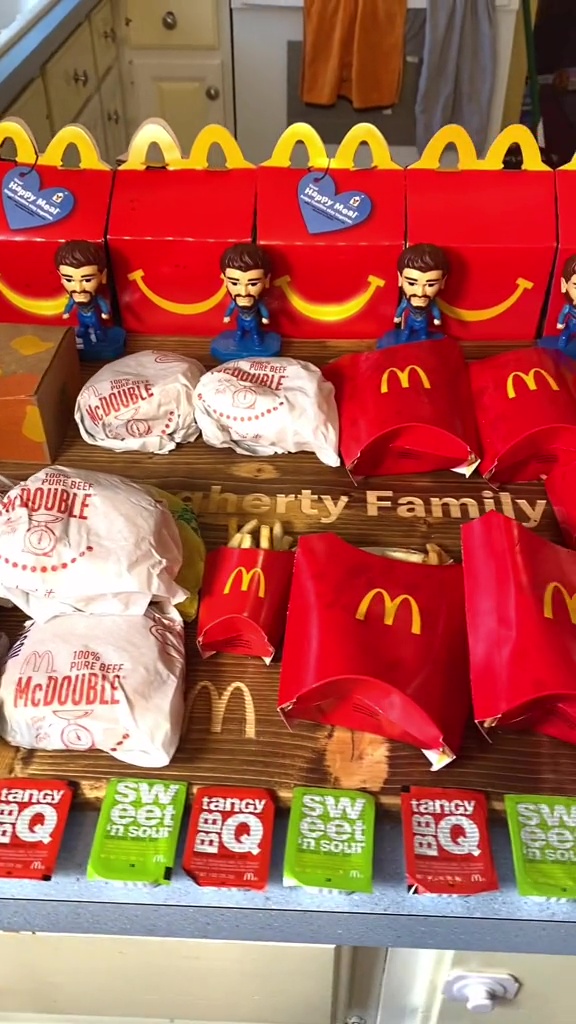 The mum-of-10 recently revealed that she spends £876 on supermarket shopping weekly which consists of 25 bananas 5.5kg of chicken and 191 packets of crisps.

Unsurprisingly, this usually means up to four trolleys worth of food each time and cooking is like preparing for a "family buffet".

But to put that into persepctive, the family go through three dozen eggs and at least 20 slices of bread in one day when Alicia is cooking for the entire family – and that's just for one meal.

The busy mum shared a video on TikTok which showed exactly what her kids eat in a single day, and the thought of preparing so much food makes our eyes water.

On this particular day the family enjoyed a cooked breakfast for dinner which took three dozen eggs, three pounds of bacon, 20 slices of bread and six pounds of oranges.

Despite the supersized family though, the kids are still treated to McDonald's on occasion – but it's certainly a pricey affair.

Showing off the huge order, Alica revealed it costs a huge $100 (£73) each time as she showed off the the large fires, Happy Meals and burger boxes that make up the kids' lunch.

But before long they are hungry again with Alicia whipping up MORE snacks and it seems it's never ended in the Dougherty household.

Alicia previously revealed that each child favours different snacks, so she's forced to stock up on a wide range of treats – and she isn't shy about the amounts either.

What's more, she has to visit the supermarket almost every day to stock up on items she forgot or that they just ran out of.

The busy mum also shared what Sunday dinner looks like in their household and the eye-watering amount that's required.

Detailing what's involved in a pasta and meatballs dish, the mum-of-ten explained that they typically go through three pounds of pasta, sixty meatballs, four jars of pasta sauce, 16 pieces of garlic bread and a whole bag of frozen corn – for just one meal.

Understandably, Alicia revealed that "once upon a time" she would have made the pasta sauce and meatballs herself, but life got that much busier with ten kids and she just doesn't have the time.

While many parents like to treat their kids to ice-cream every now and then, the cost of this family's trip is enough to put you off for good.

Alicia revealed that a single scoop of ice-cream each will cost a huge $65 (£46) for the family-of-12 as she shared the mega order on TikTok.

Typically, it would consist of eight vanilla with sprinkles and four hot fudge sundaes – with ten very happy, smiling faces. 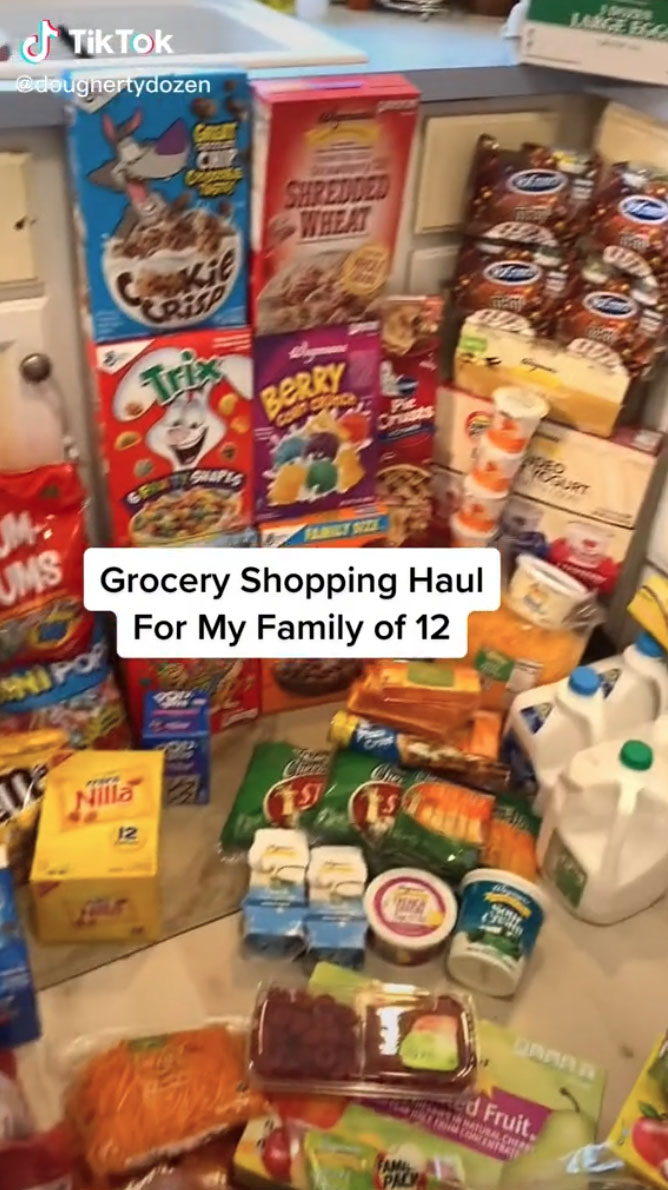 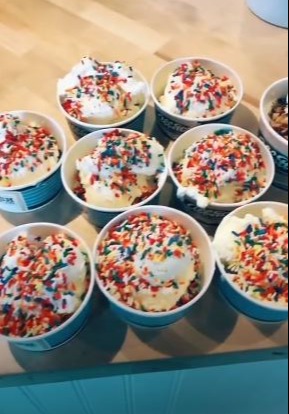 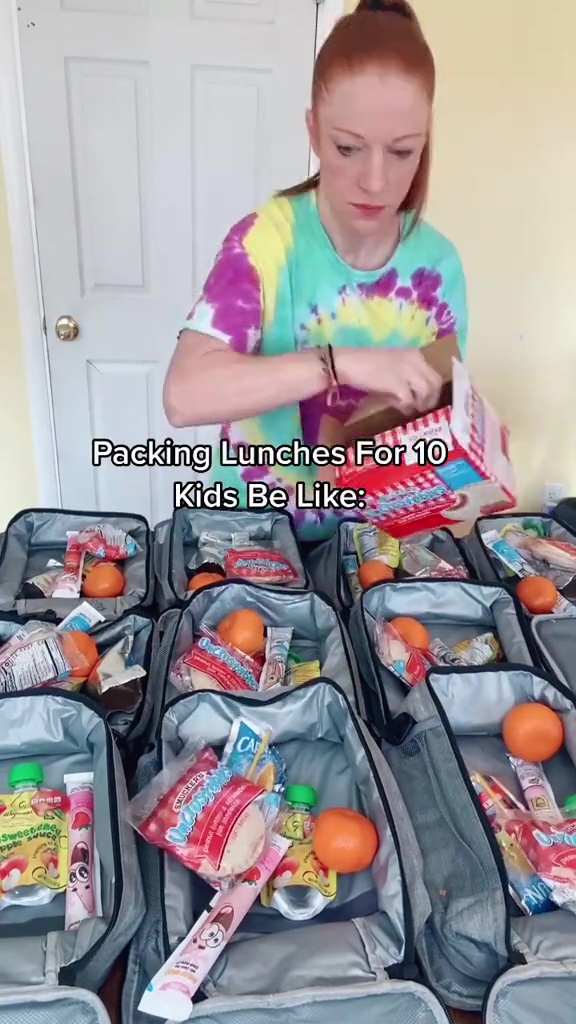 For a savvy cleaning hack, check out this video on how to clean a rug with a saucepan lid.

If you want to get your house organised check out this hack on how to help kids hold on to their pen lids.

We also shared how a mum feeds her family of four for £1.50 each a day and shares her monthly meal plan so you can too.