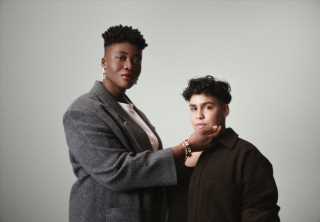 Tiffany & Co.’s campaign for Pride Month features a cast of real-life New Yorkers and LGBTQ community members. Today the jeweler reveals the campaign while pledging donations to the Ali Forney Center and SAGE — both nonprofit organizations based in New York City.

The campaign, called “Stand for Love,” was directed by Will Schluter and styled by Jessica Willis. In the video, participants share what they stand for on ethical, emotional and moral bases.

Tiffany declined to provide further comment about the campaign. The company was famously among the first luxury jewelers to publicly endear itself to the LGBTQ community — particularly in 2015 when it released a love and engagement campaign portraying a same-sex couple.

This Stand for Love video features a decidedly hipper aesthetic than the all-American, prim fashions that Tiffany had traditionally featured in its marketing campaigns before its acquisition by LVMH Moët Hennessy Louis Vuitton.