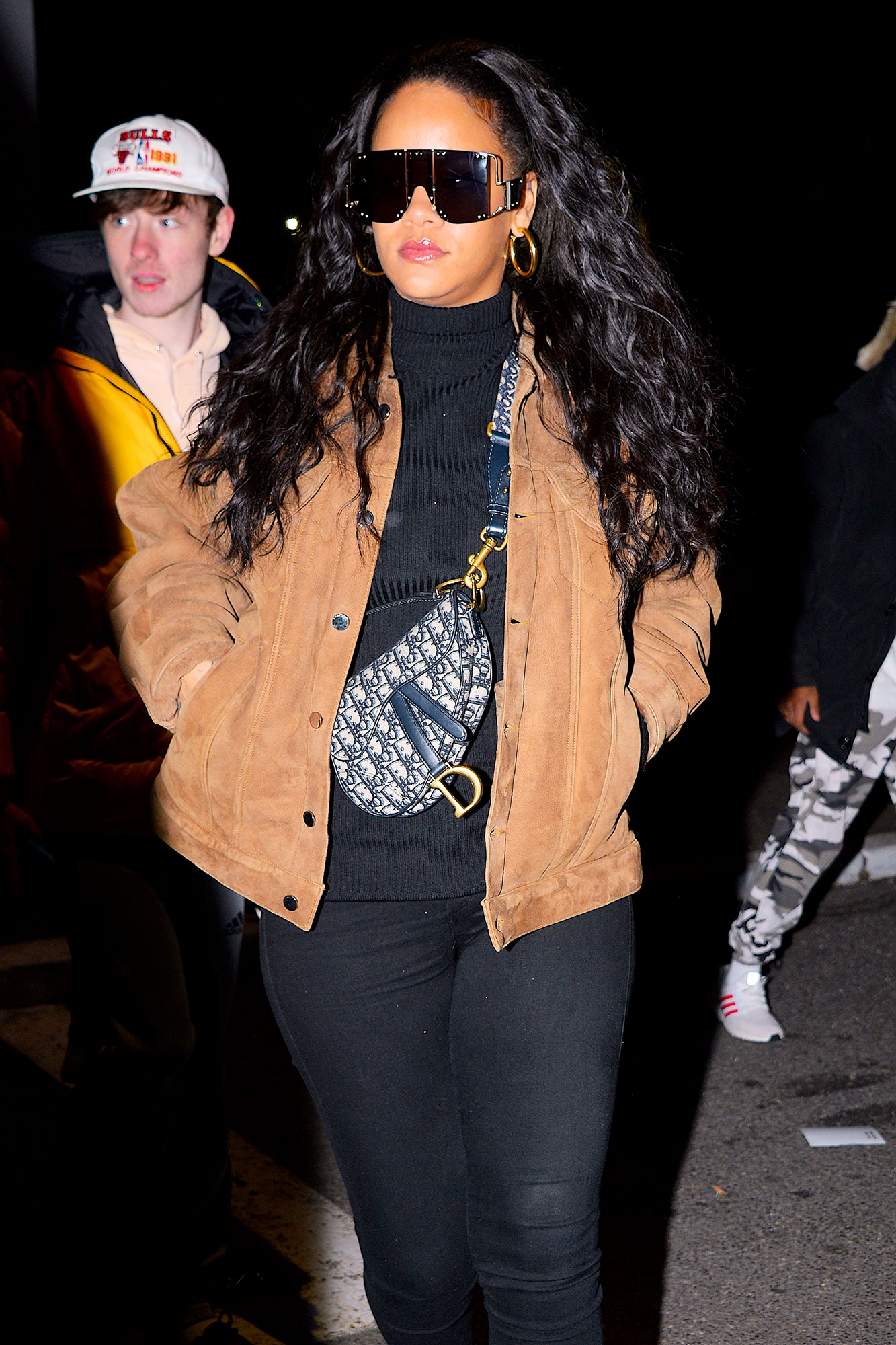 UPDATE: Months after Us Weekly exclusively reported that Rihanna was working with LVMH on a clothing line, the luxury conglomerate confirmed on Friday, May 8, that a Fenty ready-to-wear collection is set to launch for spring 2019 (i.e. soon!).

“Designing a line like this with LVMH is an incredibly special moment for us,” RiRi said in a statement. “[LVMH chairman Bernard Arnault] has given me a unique opportunity to develop a fashion house in the luxury sector, with no artistic limits. I couldn’t imagine a better partner both creatively and business-wise, and I’m ready for the world to see what we have built together.”

Based in Paris, Maison Fenty will offer clothing, shoes and accessories that we hear will be “elevated” and “upscale” — but with the songstress’ signature “cool girl” flair.

“Everybody knows Rihanna as a wonderful singer, but through our partnership at Fenty Beauty, I discovered a true entrepreneur, a real CEO and a terrific leader,” Arnault said in a press release. “She naturally finds her full place within LVMH. To support Rihanna to start up the Fenty Maison, we have built a talented and multicultural team supported by the Group resources. I am proud that LVMH is leading this venture and wish it will be a great success.”

No word yet on an exact launch date, but a landing page for Fenty.com is already up and running. Stay tuned!

Rihanna has already conquered the music and beauty industries, so why wouldn’t the fashion world be next? A source tells Us that the beauty mogul has partnered with LVMH (the luxury conglomerate behind Louis Vuitton, Givenchy, Marc Jacobs, Celine and more) to build her own ready-to-wear brand.

Last month, RiRi piqued our interest when she rocked shield-like sunglasses for a night-out in NYC that featured a Fenty logo on the side. The conspicuous shades led many to speculate there is a line of — at the very least — accessories coming. But now it looks like there could be something larger in the works.

The source says Rihanna’s fashion project is already funded and being built from the ground up with staffers from LVMH brands like Celine joining the team. “A lot of people in the fashion industry are trying to move from their companies to work on Rihanna’s line because her sales are always very high,” the source tells Us, adding that the line will be “elevated” and “upscale” — but with “cool girl” spin.

While the nine-time Grammy winner initially made a name for herself in the recording studio, the Barbados native has quietly built quite the business empire. As WWD reported, Rihanna first got into the design game in 2013, collaborating with British high-street brand River Island on clothing and accessories. She subsequently modeled for fashion houses like Gucci, Emporio Armani and Balmain and worked on a collection of sunglasses with Dior in 2016.

That same year, RiRi’s highly successful Fenty x Puma activewear collaboration burst onto the scene during New York Fashion Week. She next teamed with LVMH’s Kendo incubator to create Fenty Beauty, which revolutionized the complexion game when it came to market in September 2017 with 40 (!) shades of foundation.

In 2018, the “Umbrella” singer continued to diversify with Savage x Fenty lingerie. Working with California-based TechStyle Fashion Group, the inclusive collection debuted with 90 pieces of undergarments, sleepwear and accessories in sizes XS to 3XL. Bras are available from 32A to 44DD and come in “nude” shades representative of wide variety of skin tones.

LVMH declined to comment on the rumored Rihanna line, but some believe a Fenty fashion launch could correspond with the debut of the singer’s new album later this year. In the meantime, we’ll be keeping an eye on her outfits for clues.