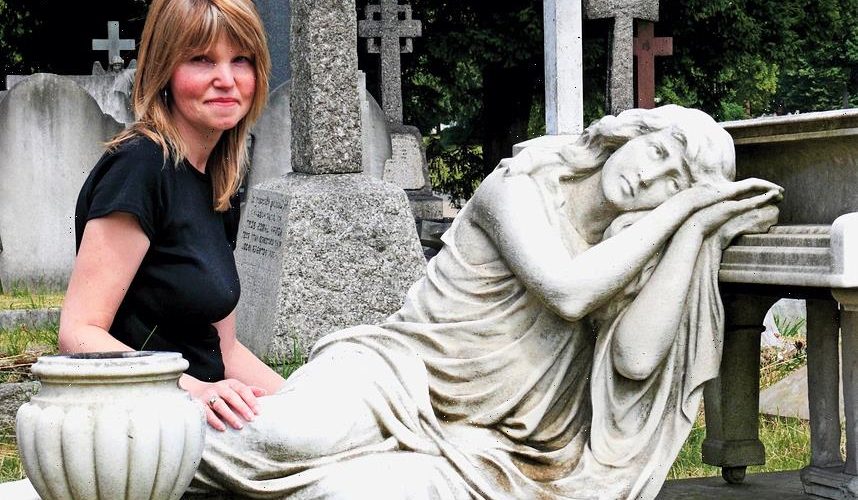 JEANE Trend-Hill, 55, is an actress, artist and photographer who lives in Islington, London.

She tells Fabulous Magazine why she attends the funerals of people she has never met. 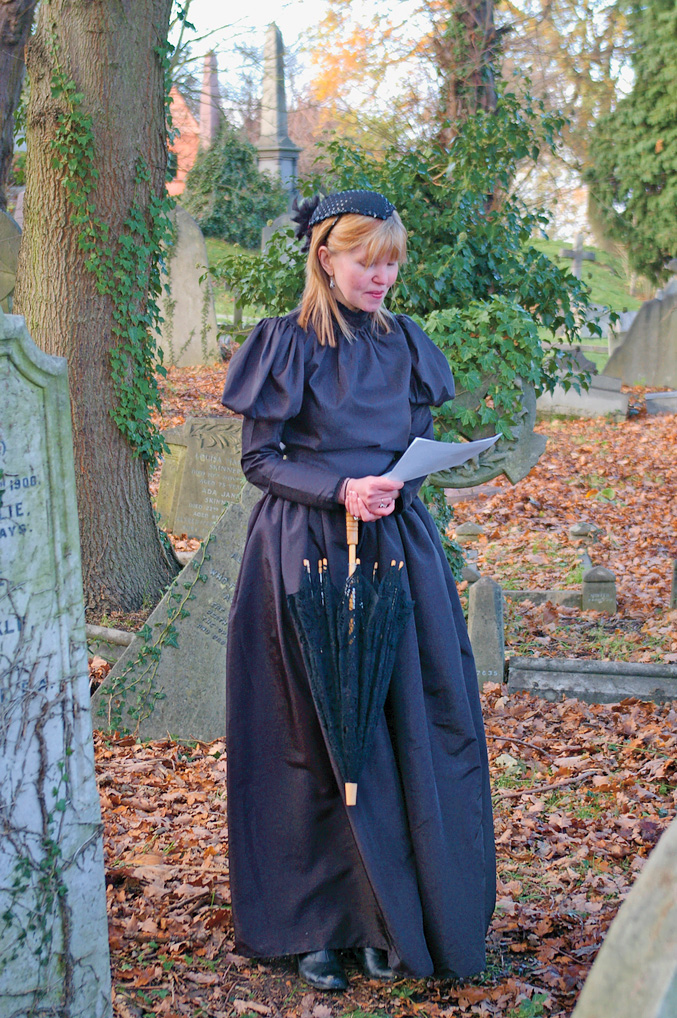 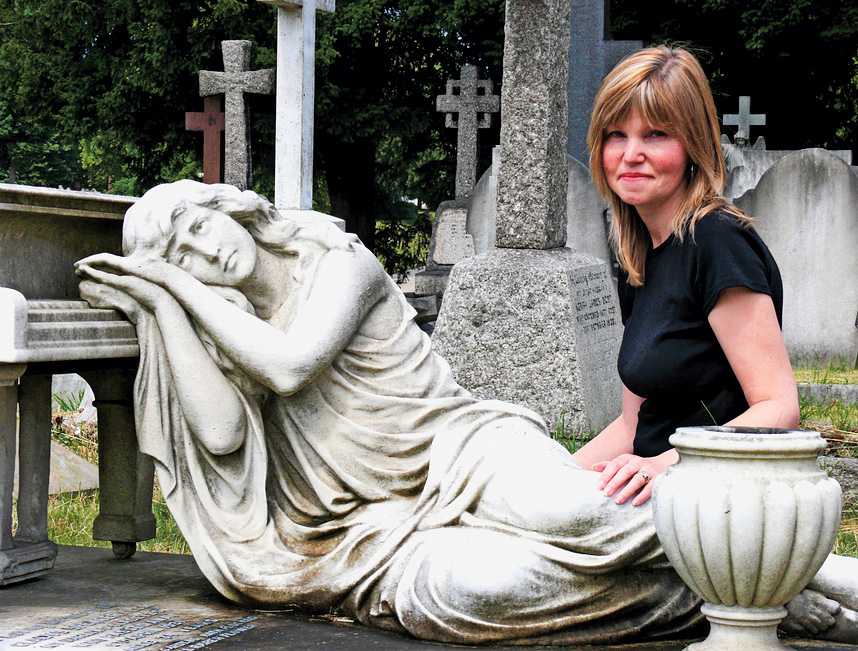 “Staring through the viewing hole at the crematorium, I watched as the coffin disintegrated. I hadn’t known the woman inside it, but I felt peaceful – and privileged to be there for her. I’ve always been fascinated with death, and over the last 10 years, I’ve been to 150 funerals of strangers – mostly people who didn’t have anyone to attend the service .

I was only 14 in 1980 when my beloved dad Joe died from a lung condition, aged 56. To take the pressure off my mum Mary, I helped her arrange the funeral. When I was at school, I considered becoming an undertaker, but ended up going travelling and when I got back, I began working for the civil service.

Two years later, when I was 20, Mum died from cancer, aged 57. Feeling lost, I plunged myself into arranging her funeral. As more family members passed away over the years, relatives would ask me to help out, and I began to feel quite at home in cemeteries and crematoriums.

In my spare time, I started sketching and taking photos in cemeteries. I felt close to my parents there. I’d wander around looking at graves, imagining who the people had been. I’m quite spiritual, and I like to believe that there’s something out there after we die.

My favourite cemeteries were the beautiful, grand Victorian ones, such as Highgate and Kensal Green in London. I loved the statues of angels, crosses, imposing mausoleums and catacombs and would spend hours there, even tidying up graves when they looked messy and bringing flowers to lay at the headstones.

Over the years, I carried on with my photography and sketching in my spare time, and got to know the staff at the cemeteries. In 2009, I replaced some stolen plaques from the grave of Arthur Beresford Pite, a Victorian architect I was interested in, and was asked to unveil them by the local council. I decided to wear a Victorian mourning dress – which I’d bought online from America for about £150 – for the ceremony, and it was covered by the local press. 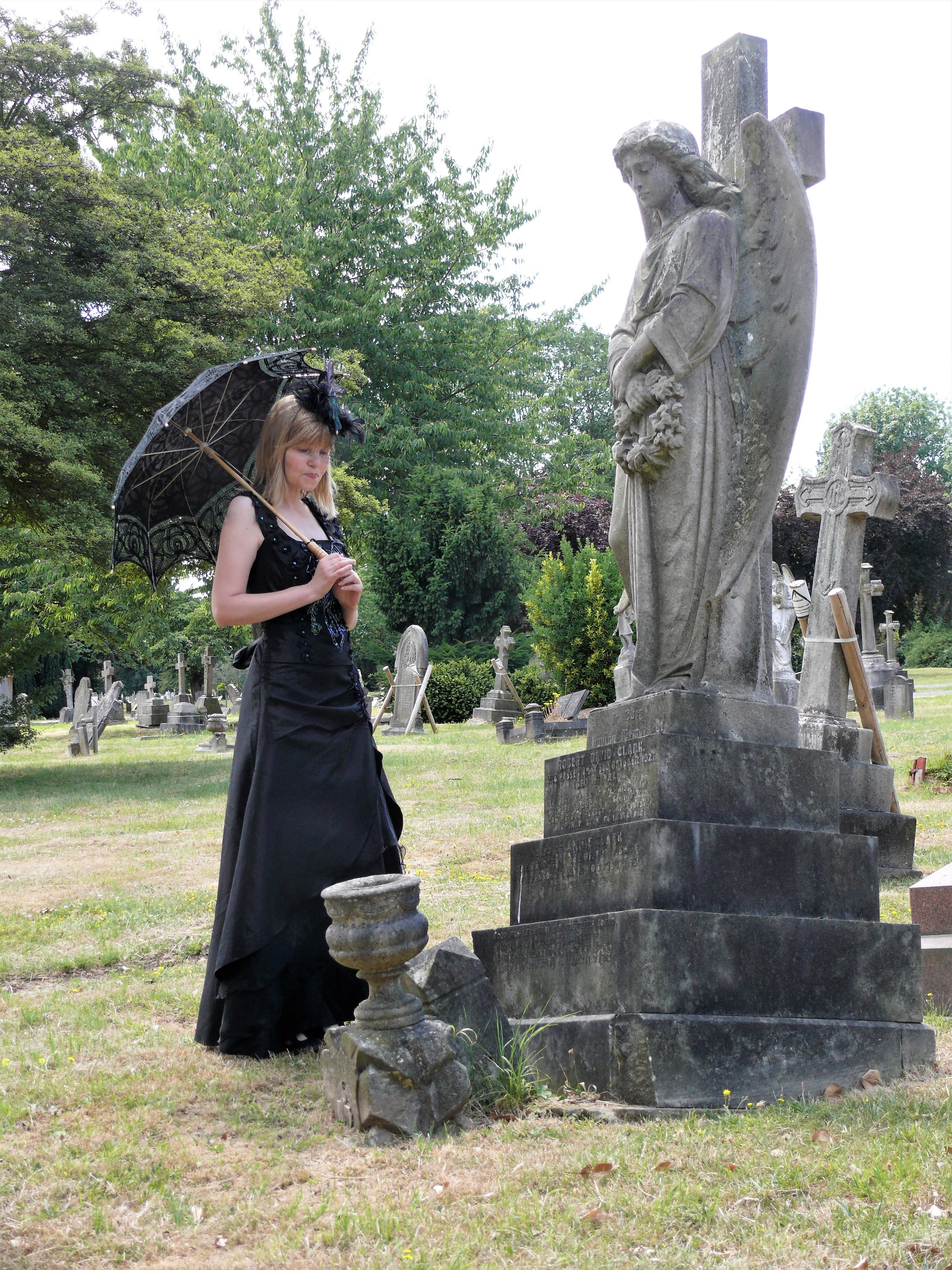 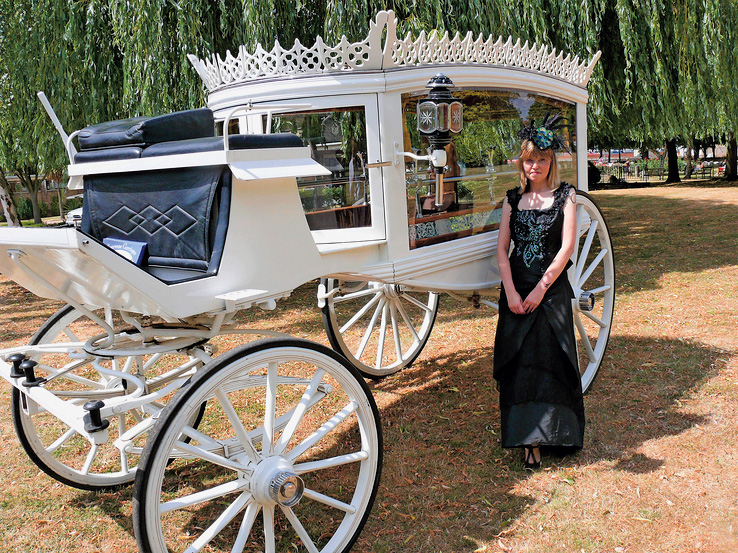 Later that year, a staff member at Islington and St Pancras Cemetery told me of an upcoming funeral where the deceased had nobody to attend, and asked if I’d like to go. It felt strange, but I said yes, as it broke my heart to think that the person would have nobody at their funeral. I didn’t know much about the man, but I felt honoured to be there. Before I knew it, I was regularly being asked by cemetery workers to attend the funerals of strangers.

If the person who’d died had no family, I would sit at the front, but if a few people did turn up, I’d sit further back. On several occasions I attended war veterans’ funerals, which was a big deal to me as they’d sacrificed so much for us. On another occasion, I was told that the man whose funeral I was going to was a big tea drinker, so I took a teabag along in my pocket as a token for him

It felt natural to me to attend the funerals, but if there were a few guests there and a wake had been organised, I wouldn’t go along, as I feared it would be awkward if anyone asked how I knew the deceased and I’d have to admit that I didn’t.

Now, as well as requests from cemetery staff, people from local councils and war veterans’ charities contact me via my cemetery photography Facebook page. Usually people want me there to make the numbers up for a friend or family member, and before the pandemic I’d go along to three or four funerals a month. If they want me to, I wear my Victorian mourning dress and even give readings if requested.

My family and friends don’t find it strange – they affectionately call me a ‘rent-a-mourner’ – and I’ve never found it harder to date because of my interest in death. As long as I explain the full story, people are usually accepting.

Covid meant I couldn’t attend strangers’ funerals for a while, but since restrictions eased, I’ve managed to go to a few this year.

For my own funeral, I’d like a horse-drawn carriage and to be cremated so my ashes can be with my parents. I’m not scared of dying – it’s the circle of life, and we can’t get away from it. In the meantime, I’ll continue to do what I can to give strangers the send-off they deserve.”

The UK funeral market is estimated to be worth £2.7bn annually.*