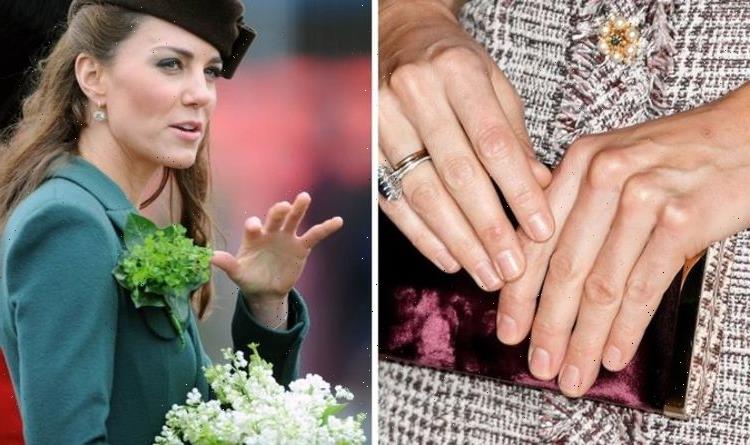 The Duchess of Cambridge no doubt received some wonderful presents from her husband and the rest of the Royal Family to mark her milestone birthday. Steven Stone spoke to Express.co.uk about the jewellery gifts the Duke of Cambridge has given his wife.

In total, Prince William’s jewellery gifts to Kate amounted to £153,045.

But Kate has also stepped out in jewellery bought for her by her husband.

The Olympic Cartier Set, which comprised earrings and a necklace, is worth £121,000, according to Steven Stone.

She stepped out in the marvellous hoops to pay tribute to the Olympic games in 2021.

They believed that Prince William purchased the set for his wife’s 30th birthday.

She stepped out in the “show-stopping” necklace again in New York.

The watch, “complete with sapphire detailing – a timepiece quite similar to both Princess Diana’s and his own”, supposedly cost £20,000.

Steven Stone added: “The sapphire engagement ring perfectly complements the stone in Kate’s engagement ring, making the pair a match made in heaven.”

Another romantic gift William gave his now wife was a promise ring, worth a more modest £1,500.

“When they were dating back at University, the love-struck Prince gifted Kate with a very meaningful piece of jewellery, that actually reveals a lot about their relationship and their personalities.

To celebrate their first Christmas together as a married couple, Prince William gifted the Duchess a pair of amethyst earrings.

The earrings were “unique” in that they were green rather than purple.

The 5ct pear cut amethysts were designed by Kiki McDonough, one of the Duchess’ “favourite” designers, and were set in 18ct gold.

She received another pair of custom Kiki McDonough earrings using green tourmaline and amethyst stones, again worth £2,000, after the birth of daughter Charlotte in 2015.

After Prince George’s birth, her husband gifted her with a diamond pave set eternity band worth £1,500.

To pay tribute to all three of their children, William gave Kate a personalised Daniella Draper necklace worth £495.

Despite its more modest price, the piece is steeped in sentimentality, featuring the initials G, C and L for their three children: Prince George, Princess Charlotte and Prince Louis.
And possibly the most important gift of all is Duchess Kate’s £2,300 traditional gold wedding band.

Steven Stone explained: “The traditional gold wedding band that sits neatly beside the Duchess’s engagement ring was made from the Royal Family’s collection of Welsh yellow gold and is similar to the same worn by both the Queen Mother and Queen Elizabeth II.

“While this ring probably doesn’t hold much retail value on the surface, considering the nugget of gold it was made from, and the legacy of the lady who wears it, it is likely to be worth a lot more in the coming years.”