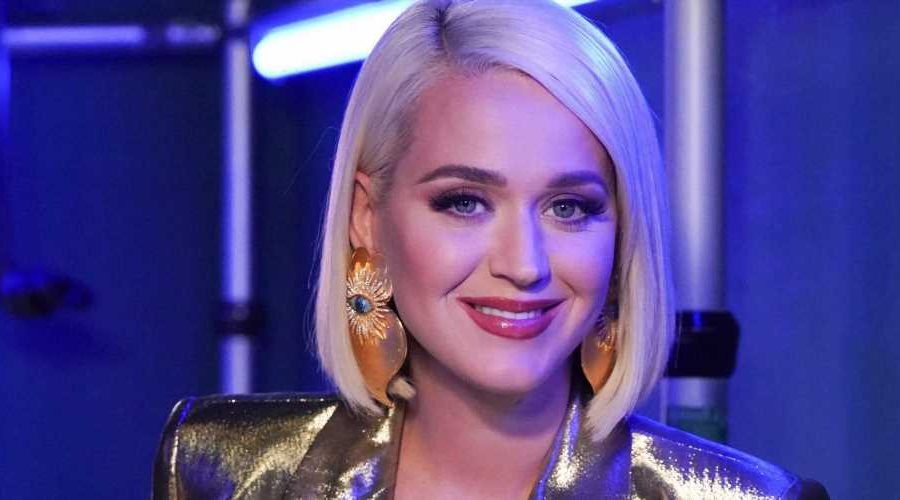 While jet black hair and blunt bangs were the singer's signature style in the early days of her career, no look has been off limits as of 2017, when she dyed her hair platinum blonde for the first time.

Since then, Perry has worn a choppy pixie, long, loose waves, and every length in between. After revisiting her 2008 dark hair and bangs in December, the star is brunette again, and her look is reminiscent of another pop star.

For Sunday's episode of American Idol, Perry's hairstylist Jesus Guerrero styled her chocolate hair in a super long, wavy, half-up half-down look complete with a center part and feathered curtain bangs. As you scroll through Instagram, a quick glance of the star's post showing off the retro '70s look might just make you mistake her for Kacey Musgraves.

Perry referenced her hit song, "Roar" and her leopard print dress in the caption of her post. "Roaring into the top 16 with 🐆 vibes tonight, don't forget to watch then vote! 🖤 #americanidol," she wrote.

The singer followed up with a video post, further showing off her dark hair and playing with a filter that enlarged her nose into a cartoonish shape. "I love this light. It makes me look so glam," she joked.

VIDEO: The Internet Is Convinced Katy Perry and Orlando Bloom Got Married

As for whether or not Perry's new hair color is real or the magic of a wig, you're going to have to tune into the next episode of American Idol to find out.