Kim Kardashian proved she was an original in a glam new selfie with a sassy caption. Friends and fans were delighted by the message.

The one and only! Kim Kardashian, 41, proved she is the queen of selfies as she shared a smoldering close-up shot to her Instagram Dec. 2. Calling out copycats in her caption, the reality star wrote, “They can steal your recipe but the sauce won’t taste the same.” Kim looked electric while pouting at the camera,  wearing a smooth pink top from her SKIMS collection. Done up in full glam, she flaunted pink lips, contour chiseled cheekbones, fluttering lashes, and long, pin-straight raven locks. In the background, you can see a sliver of Kim’s loyal, longtime bestie La La Anthony, 39, also looking lovely.

While Kim is certainly no stranger to putting on a sultry display, her new love interest Pete Davidson, 28, has a much more relaxed style. But the star is hoping she can get the SNL comic to get “glam” for at least one night. A source close to the pair told HollywoodLife EXCLUSIVELY that, while the beauty likes Pete’s regular style, she’s “suggesting that they play dress up.”

“She really wants to show the world how hot he is,” the insider adds. “She doesn’t want to change him or his appearance. She just wants to go glam for a night on the town or out to a show or something in the near future.” Apparently, Pete is down for a makeover. “He is all about it,” the source said. “He would really go along with anything she wanted at this point.”

Kim Kardashian Through The Years: Celebrate Her 41st Birthday With These Then & Now Photos 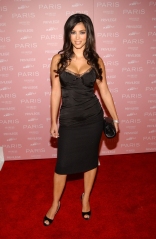 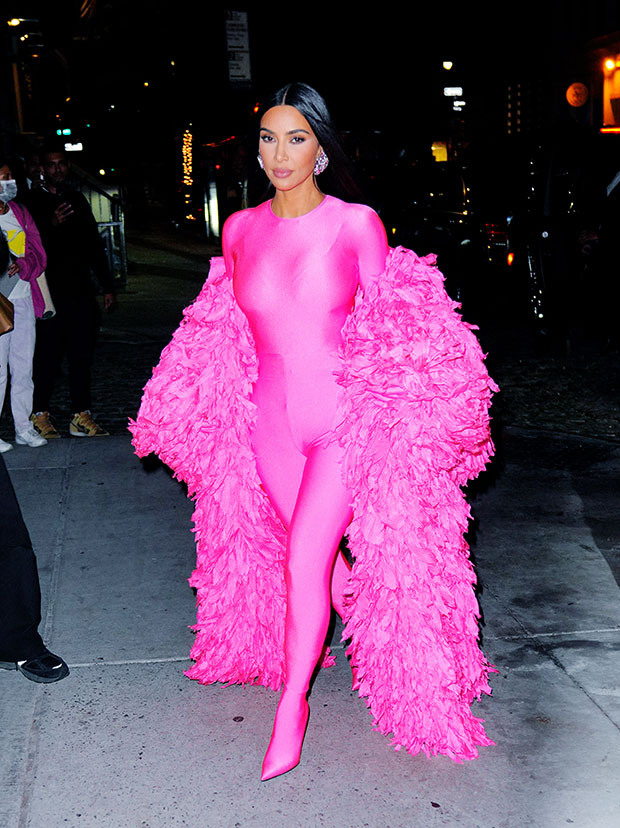 The social media mogul has reportedly fallen hard and fast for Pete, who a source EXCLUSIVELY told HollywoodLife she is “absolutely head over heels for.” Meanwhile, estranged husband Kanye West is said to be “devastated” by Kim’s fling. Another source EXCLUSIVELY told HollywoodLife, “Kanye is willing to do absolutely anything to get Kim back. He’s asking his friends for advice. Kanye thought Pete and Kim were just for the new Hulu show and it was a fun storyline, but now that he sees this is real, he’s very, very upset.”