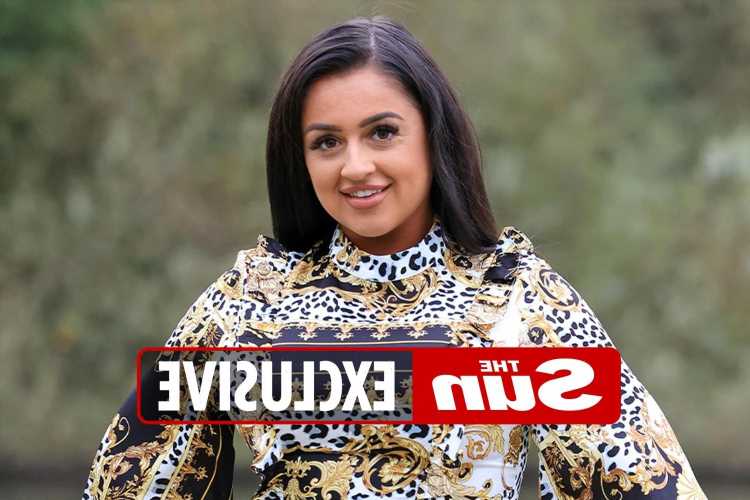 Come late evening, Nikia Marshall kicks off her designer heels and slips into a set of Gucci pyjamas before drawing the curtains at home. But up until a few months ago, home was a £35,000 caravan. 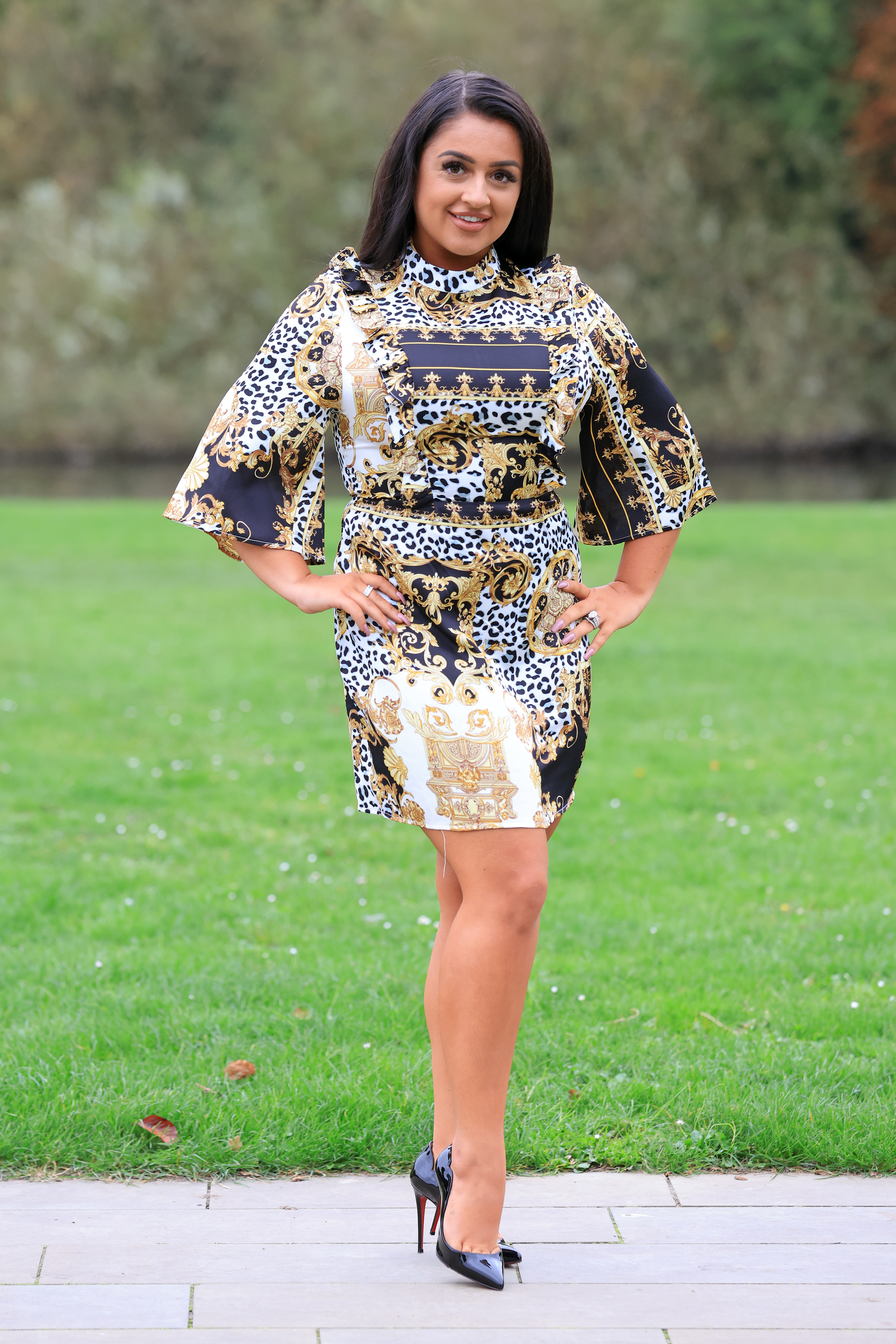 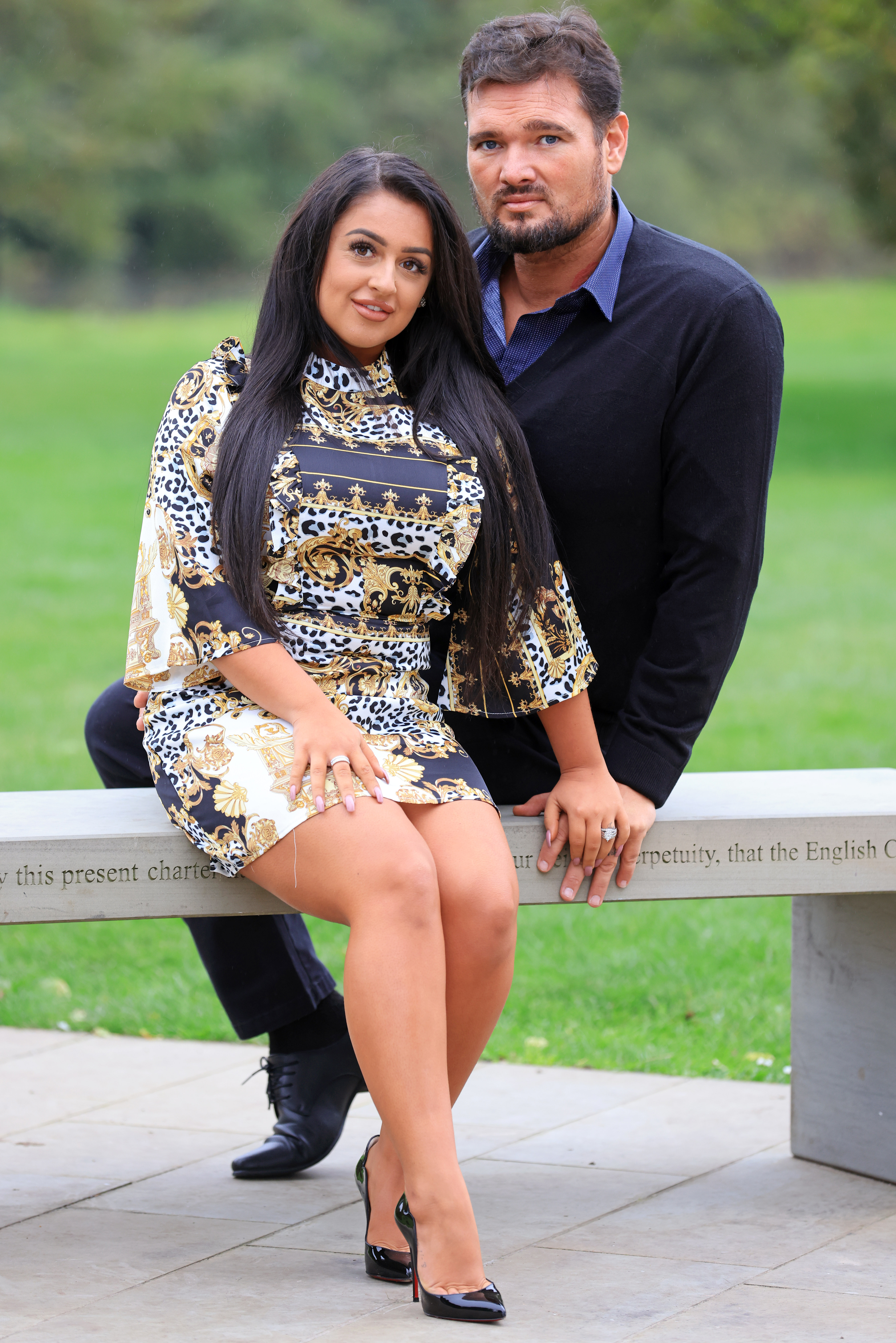 Meet Britain’s newest “Gypsy Queen” who is enjoying a Hollywood lifestyle just like that of Paris Fury, who partied beside husband Tyson following the heavyweight champion’s win in Vegas last week.

Today Nikia reveals what happened when she too fell for a boxing traveller. Husband Michael, a cousin of Paris and friend of Tyson, wooed Nikia by buying her a sports car, a Rolex watch and diamond jewellery.

He then persuaded her to swap a settled existence for married life in a caravan on Britain’s most notorious travellers’ camp. But the pair had to flee after Nikia was branded a “wannabe” by jealous traveller Wags all scared their men would run off with her.

Michael even had to defend her honour in a bare-knuckle fight. Yet last night in a defiant message to them, Nikia said: “I’m living proof you don’t have to live in a caravan to live the life of a Gypsy Queen. I’ve had the last laugh.

“I’ve got a traveller husband who buys me everything I could wish for and a life­style I’d never change. I’ve got the best of both worlds.” And what a life it is.

Despite being just 22, ex-glamour model Nikia drives a £40,000 BMW and her jewellery box is crammed with rings, watches and bracelets costing tens of thousands. Those Louboutin bags and Versace dresses hang inside a wardrobe stuffed with other designer labels including Dolce & Gabbana, Kurt Geiger and Louis Vuitton.

'Haters can go to hell'

Most weekends, Nikia and Michael, 38, shop in Harrods then dine in London celeb haunts such as Novikov, Sexy Fish and San Carlo. And they’ve holidayed in Vegas, California, Mexico and the Dominican Republic.

Nikia said: “Michael and I work hard for everything we buy. Haters can go to hell.” Nikia grew up in a three-bed house in Doncaster with her parents and two siblings. She met boxer Michael, who also owns a roofing company, two years ago at a professional fight where she was working as a ring girl.

She said: “He came up and chatted to me at the bar and I was attracted to him straight away. But when I found out he was a traveller I was like, ‘oh s**t’. It wasn’t a life I wanted for myself.”

Determined Michael had other ideas though. “I knew straight away she was the one,” he said. “I realised she wasn’t from the travelling community but I didn’t care.” The pair quickly became close and married in February 2020 in Vegas, after travelling there to watch Fury’s second fight with Deontay Wilder.

Back in the UK, they had a small service in Doncaster before moving to live on the Dale Farm travellers’ site near Basildon, Essex, just before the March lockdown. Nikia, whose dad was a businessman and mum a dancer, said: “I didn’t like it there from the start. I didn’t feel accepted.

“Every girl was looking at me weirdly because, deep down, I am not the same as them. And I didn’t want to be the same as them, I just was myself and a lot of people didn’t like that. Michael’s family were also unimpressed.”

I’ve got a traveller husband who buys me everything I could wish for and a life­style I’d never change.

Desperate to make things work, the pair moved to a nearby camp — but they were still not happy. Another problem was other traveller men tried to chat up Nikia. It has led to Nikia, who has 12,000 Instagram followers, naming some of the pests on social media — and Michael has had to step in. He said: “Nikia is forever getting pestered. When she speaks out about it, it isn’t well received.

“On one occasion a message got to me from another fighter that he want­­ed to take me on. A bare-knuckle contest was arranged. I beat him up pretty badly. He beat me up pretty badly. It was a draw. But I wasn’t letting anyone bad-mouth my wife.”

Nikia says they have now found true happiness after moving to a “penthouse apartment” in Slough, Berks. She runs a cosmetics business called Red Hot — what jealous traveller Wags nicknamed her.

The pair are planning a third wedding in the Maldives more like the ceremonies seen on cult TV show My Big Fat Gypsy Wedding. Nikia’s dress will be made from hundreds of Swarovski drop crystals and the service will cost tens of thousands of pounds.

She said: “It’s difficult being married to a traveller because you get judged and talked about. But on the other hand, I really like Michael’s ways and how he treats me – it’s nice and that comes from his traveller side. He respects me and loves me.

“My mum was really happy for me and my dad was over the moon.

If someone’s got something bad to say about us, we’ll handle it as a couple.

“But some people in my family were like, ‘no, don’t be with a traveller, he’ll ruin your life, he’s too old’, because of our 16-year age gap. But at the end of the day, it’s about who I love and who I want.

“Honestly, it really makes me feel happy that people really hate me. That means I’m doing something good and productive with my life.”

Michael added: “I hate it when people are horrible to Nikia. I’ve got Nikia’s back, she’s got mine. If someone’s got something bad to say about us, we’ll handle it as a couple.” 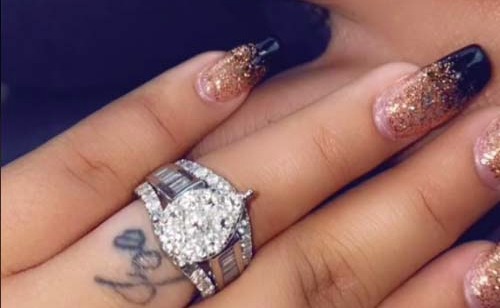 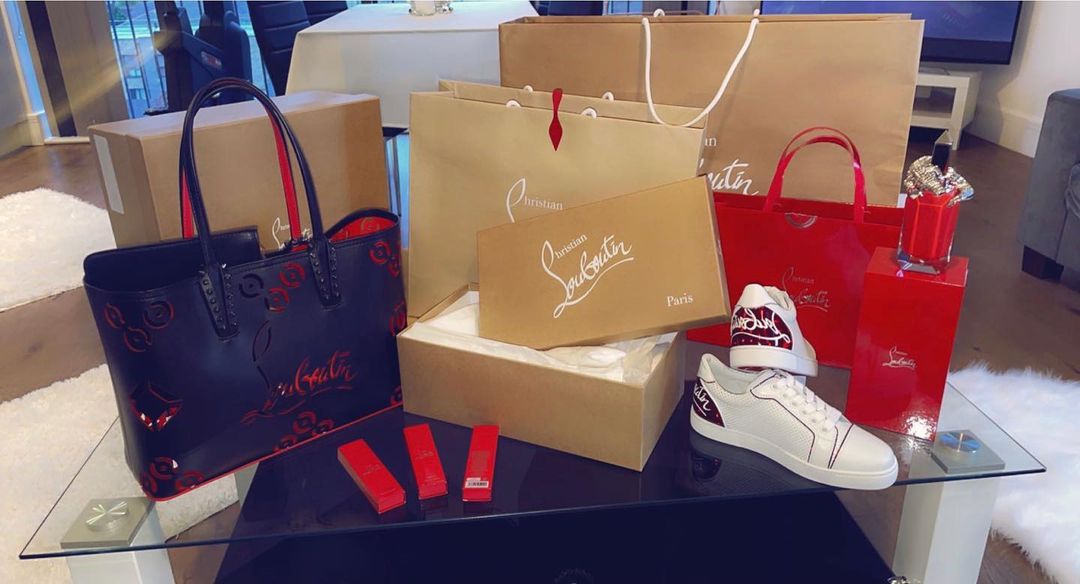 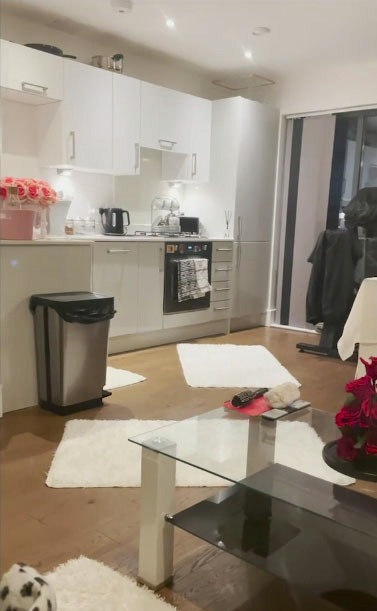 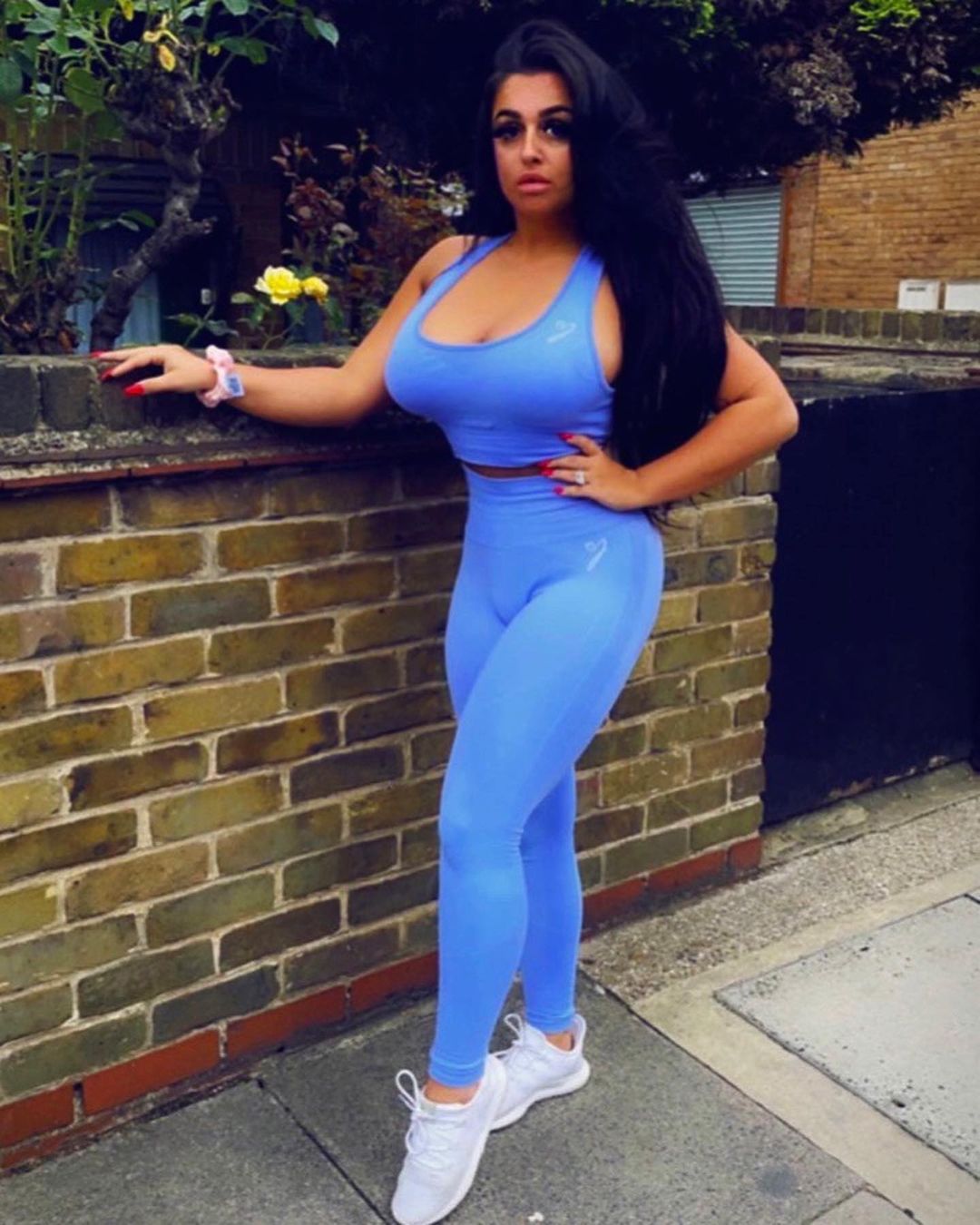