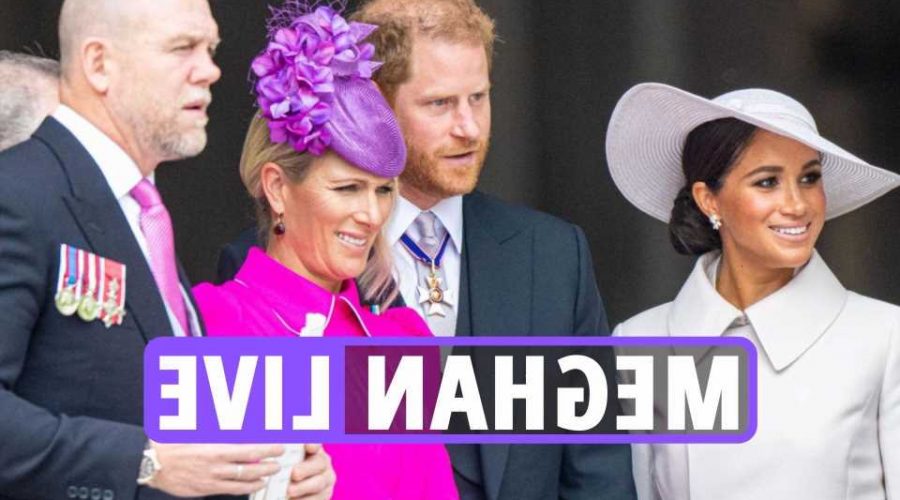 PRINCE Harry was called a "b***end" by Mike Tindall during The Queen’s Platinum Jubilee celebrations, a source has claimed.

The Duke & Duchess kept a low profile when they flew to the UK for the Queen's Jubilee weekend – only publicly appearing at the Service of Thanksgiving across the four-day celebration.

And according to The Express, a source claimed that former rugby star Tindall called the Duke “that b***end” as they left the Platinum Party concert at Buckingham Palace on June 4.

It appears that Tindall made a conscious effort to avoid Harry and Meghan during the Jubilee celebrations, as the pair were met with frosty expressions from much of the Royal Family.

In a clip of the event Tindall can be seen actively avoiding the Duke.

Speaking on the clip, body language expert Judi James told the newspaper: “With Mike’s closeness to William in mind it also appeared to have created a bit of a dilemma as Harry stepped out into Zara’s group as they waited for their transport.

"Zara looks happy to chat and even turns fully to talk to Harry here, who is looking anxious and keen to get into his own car.

"In the end he talks to Viscount Lindley, who turns his own back on Harry, cutting the two men off from Zara’s conversation with Harry.

“This doesn’t appear to be Mike’s normal style of behaviour as he usually looks too easy-going and too tough to get involved in politics and it could be that his attention was taken arranging the right cars, but there are no signs of any farewell from him, either.”