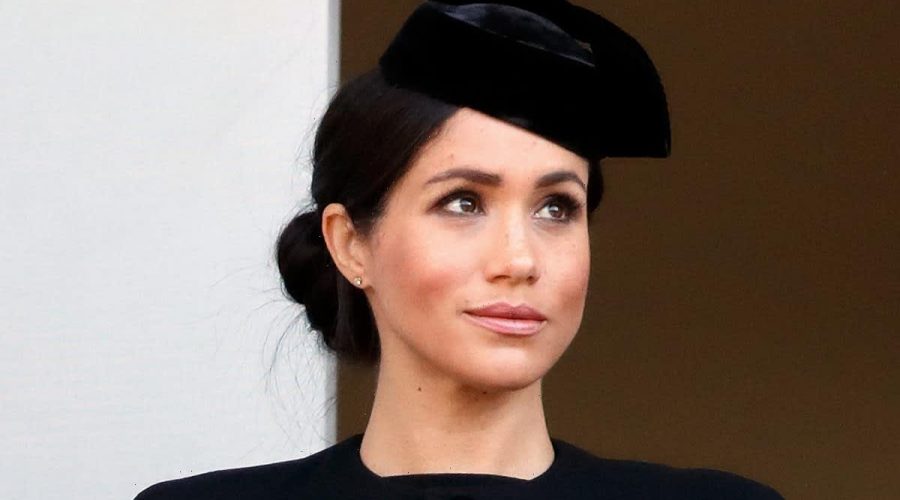 Queen Elizabeth II‘s sad death has sparked a prolonged period of royal mourning, set to last for seven days after her funeral on Monday 19 September.

The likes of the Princess of Wales, the Duchess of Sussex, Princesses Beatrice and Eugenie and other members of the Queen’s family have already been seen adhering to the strict dress code. The wearing of dark colours during a period of mourning is deep rooted in royal tradition, and the rules are taken very seriously by the royal family.

According to Matthew Storey, curator at Historic Royal Palaces, “mourning dress has been part of European royal culture for centuries, but it reached its peak in the 19th century with the influence of Queen Victoria.”

He told the Telegraph: “Widows were required to wear black, then either white or mauve, for at least three years before being able to return to richly coloured clothing.”

The Duchess often opts for an all-black outfit

While it’s not said to be strictly enforced, royal etiquette dictates that black is reserved for mourning periods only. It’s incredibly rare to see a royal lady wearing an entirely monochrome outfit during an official daytime engagement – though the Duchess of Sussex often breaks this rule, particularly since she stepped away from royal duties.

Meghan has mastered the art of power dressing with a sober wardrobe of sleek, dark hues, In fact, she’s largely stuck to an all-black wardrobe ever since her fairytale royal wedding to Prince Harry in 2018.

Black has long been associated as a colour of confidence, with colour psychology suggesting those who wear it are more likely to feel bold, powerful and dominant.

The Duchess turned heads when she stepped out in a stunning ebony-hued Emilia Wickstead dress during her royal tour of Australia with Prince Harry in 2018. 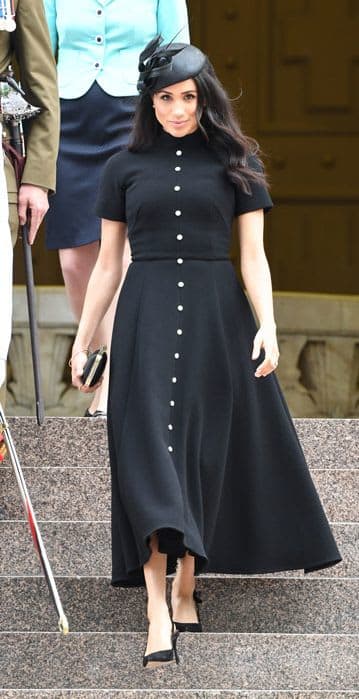 She accessorised with a black fascinator by Philip Treacy, her favourite black slingback Tabitha Simmons ‘Millie’ shoes and an inky Givenchy satin clutch. 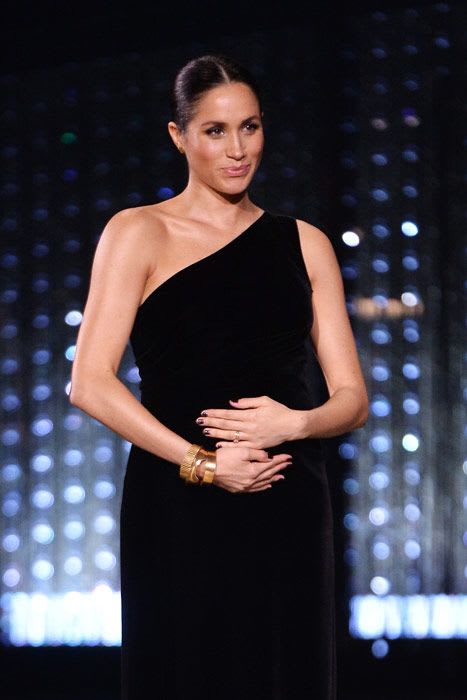 Royal commentator Richard Fitzwilliams has revealed that Meghan’s all-black outfits, which he says the Duchess wears so “brilliantly”, are actually about staying “out of the limelight”.

Richard told The Express that the mother-of-two likely wears dark colours as not to take away from the importance of the event she’s attending, nor the significance of her speech if she’s representing a charity.

Make sure you never miss a ROYAL story! Sign up to our newsletter to get all of our celebrity and royal news delivered directly to your inbox.