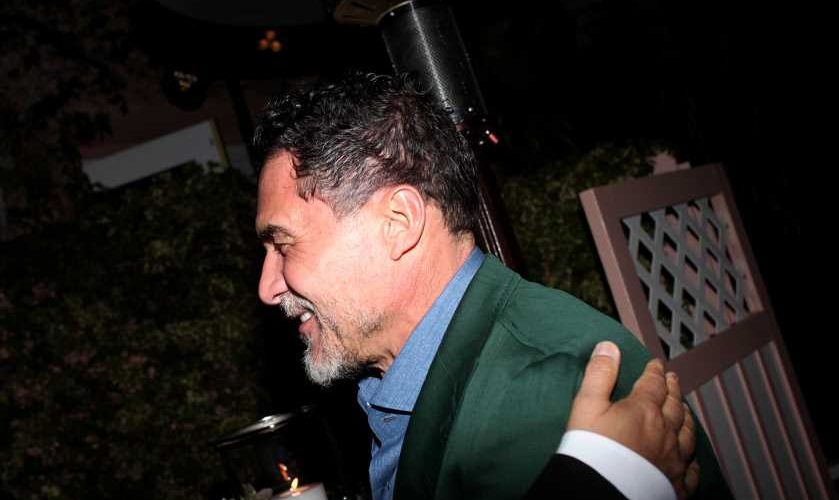 André Balazs could soon no longer have anything to do with the Mercer Hotel if its majority owners, who claim to have made financial settlements on his behalf and dealt with the fallout of harassment allegations, have their way.

Through their company BDL 147 Mercer Street LLC, Richard Born and Ira Drukier, who own 65 percent of the Mercer Hotel, filed lawsuit late last week in New York in order to “remove” Balazs from his 35 percent ownership of the hotel and his role as manager. The men claimed Balazs has repeatedly violated the terms of a joint management agreement and that his “moral culpability” calls for his forced removal, along with his paying damages to the hotel of at least $2 million.

Although Born and Drukier through BDL first requested in late 2019 that Balazs step down from the hotel, he has allegedly “refused” to do so, leading them to seek court order.

BDL says Balazs not only “engaged in self dealing” by charging $100,000 in allegedly “personal legal expenses” related to the settlement of harassment allegations against him, but that he “refuses to explain” the nature of the claims. He similarly refuses to discuss or disclose the nature of other similar issues at the hotel, according to the complaint.

“Balazs [provided] BDL incomplete, misleading or inaccurate information regarding the hotel, the hotel’s employees, and allegations of misconduct occurring at the Hotel,” the company wrote in the complaint. “When BDL became aware of management problems from concerned hotel employees, Balazs often refused to even discuss such matters with BDL. On other occasions, Balazs failed to follow through on the corrective measures agreed to.”

All of the Fashion at the 2021 BAFTA Awards

BDL further claims that there is “at least one outstanding lawsuit” against the hotel “based on allegations not fully understood by BDL as a result of Balazs’ refusal to provide clear and accurate information to Mr. Drukier and Mr. Born.” Details of this alleged lawsuit could not be immediately ascertained.

A lawyer for Balazs told WWD, “This lawsuit has no merit, contains numerous legal and factual errors, and appears to have been filed solely as a pretext to advance unrelated business objectives.”

“We look forward to setting the record straight and prevailing as soon as possible,” he added.

The complaint did briefly cite the ongoing issues alleged at another Balazs property, The Chateau Marmont, another celebrity favorite. After rumors ignited last year that the property would close or was being sold amid mass layoffs and the coronavirus pandemic, Balazs decided to become a members-only establishment. But by fall, allegations of sexual misconduct, including harassment, racial discrimination and overall neglectful management, were detailed in a story by the Hollywood Reporter. BDL claimed such public allegations have hurt the standing of The Mercer as well.

Beyond such alleged misconduct issues at the hotels he manages, BDL said Balazs has exhibited “gross negligence, bad faith and intentional misconduct” by spending money on “pet projects,” like the purportedly “unnecessary renovation of the women’s locker room” and the hiring of an art and brand director for the Mercer Hotel at a $254,000 salary. These costs were allegedly expended while Balazs refused to follow more imperative directives, like the hiring of “essential management positions” for engineering, front office and housekeeping at the hotel, while failing to plan for the “very much needed renovation” of the hotel’s rooms.

Meanwhile, they allege Balazs has failed to collect more than $1.5 million in hotel payments due from “favored guests,” overall failed to address HR matters and failed to properly staff the hotel to keep up with routine housekeeping and maintenance while allegedly “withholding” information about his “wrongdoing.”

All of this allegedly creates a violation of the ownership and management agreements between Born, Drukier and Balazs through their various LLC’s and owned entities and led to the “automatic termination” of Balazs from his position with the Mercer.

“Balazs’ willful, intentional disregard of his duties and apparent misappropriation of assets have, among other things, crippled the manager’s ability to properly manage [the hotel], caused reputational harm, and resulted in third-party litigation and significant monetary losses,” the complaint reads.

A representative for Balazs could not be immediately reached for comment.